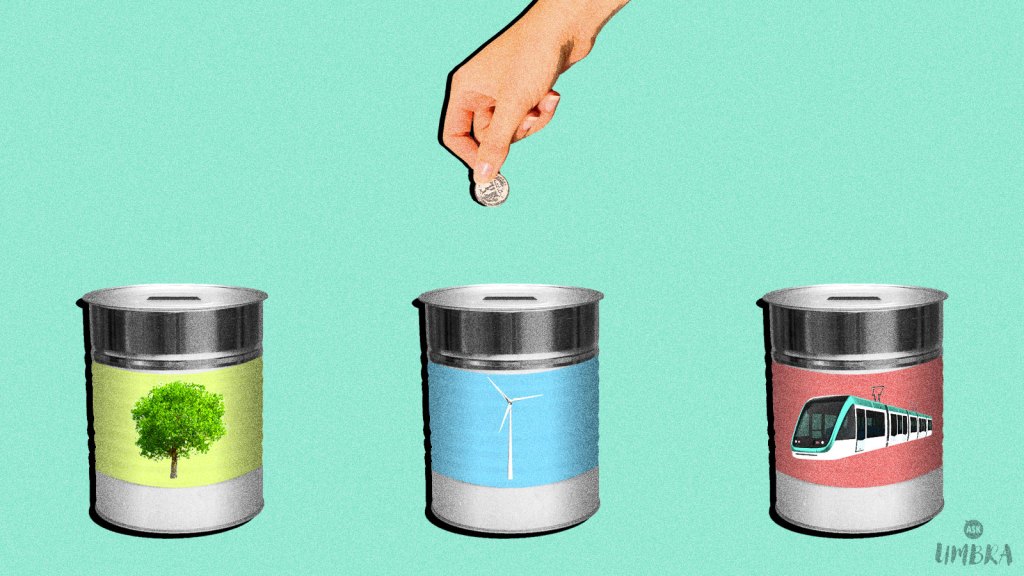 If I set aside $1,000 a year to spend towards helping the environment, what would get me the biggest bang for my buck?

— Best Effort to Zoom Out, Stressfully

No matter what is currently inspiring you to open your heart and your wallet — a universally challenging year, a deeply stressful national election, or an impending holiday season in which we will be in need of some form of human connection — there’s truly no time like the present to try to make other people’s lives a little easier.

And in the face of the sort of overwhelming urgency that might be triggered by a pandemic or political crisis, it can be comforting to hone in on what we can control — our own actions, or at the very least our funds. True, the best way to address our burning planet is through social movements or legislative progress, but those processes seem so unbearably slow that it’s natural to want to do something within your own power. That doesn’t mean that you, single-handedly, will be the one to fix climate change (and frankly climate action shouldn’t be so focused on you in the first place), but it is what it is and here we are.

Your question speaks to a popular concept in philanthropic circles called “effective altruism,” which looks at how you can strategically donate money to do the most good. There are various and competing ways to do this calculation, but it generally takes into account factors such as: which causes within that crisis are the most overlooked and the most urgent; which actions have the greatest power to drive change; and which organizations will be able to do the most with the fewest resources?

Effective altruism is usually applied to the goal of improving human welfare, directing altruists to invest in pro-health or anti-poverty measures or both. But the strategy has caught on in environmental and climate circles too, as there is a wealth of data that speaks to the effectiveness of various solutions to the emissions crisis. Project Drawdown, for example, puts numbers to how different practices will reduce carbon emissions. And AES Corporation’s Taylor Sloane took that information and ranked the most effective practices according to their cost — with some drawbacks, it must be said, as the cost estimate doesn’t take into account how much income or revenue each intervention might produce.

Sloane’s calculation gives high cost-efficiency points to the following investments: land use management strategies like reforestation and carbon-sequestering agriculture; education and reproductive health programs aimed at women and girls; and food waste reduction efforts. But as I mentioned, any altruistic calculation requires you to attempt to quantify the costs and benefits of something as wide-reaching as the education of girls worldwide. And, naturally, expert opinion varies as to the best investment for your charitable dollars.

Some advocates argue that, since poverty is a major factor in how vulnerable a person is to climate change, the most efficient way to reduce climate suffering is to transfer cash from those who have plenty of it to those who have very little. Those funds would help those most at risk from having their lives destroyed by hurricanes, typhoons, droughts, or fires. But cash-to-crisis interventions don’t address the global, systemic roots of climate change, which scientists say is necessary to keep the crisis from worsening.

On that note, Hauke Hillebrandt, founder of the effective altruism organization Let’s Fund, has invested endless hours into ranking the climate solutions most worthy of funding. He concluded that the best eco-use of your funds is to give to a particular international clean energy advocacy organization that he, too, has determined to be best positioned to sway policy where it’s needed. Clean energy, he determined, is a particularly urgent climate necessity, and needs legislation to support and drive it.

I asked him how he weighs potential climate solutions when there is so much uncertainty around the future impact that would result from each strategy. “It’s not, in principle, outside the realm of empirical investigation,” Hillebrandt said. “Even making really conservative assumptions about how bad the economic costs of climate change might be, you can determine whether [policy-level change] might be much better or even much worse than helping people right now.”

In the end, he said, both short- and long-term strategies are necessary to prevent future human suffering. And that means even efficiency-minded altruists need to occasionally do a gut check beyond looking at the numbers. “There is maybe something to be said for investing in climate mitigation or to donate to climate change causes based on qualitative arguments,” added Hillebrandt — essentially, accepting the simple truth that pumping the Earth’s atmosphere with a bunch of extra carbon until it’s no longer habitable for human life is something that objectively should not happen.

Furthermore, if you’re measuring climate interventions by pure effectiveness, there is potential to go astray! Take geoengineering: There’s an effective altruist argument that it would remove the possibility of worst-case climate catastrophe. But at the same time, it’s not clear at all what the potential fallout of geoengineering practices could be, and it might also discourage attention to far more proactive systemic changes.

But BEZOS, let me emphasize that your generous mindset is admirable — and I hope I haven’t put you off your donation desires. Just note that there are complications in prioritizing efficiency above all else in where you direct your charitable dollars. Just as you would any other purchase, do some due diligence and look into organizations and causes, but also recognize that focusing too firmly on a single solution might not be the best way to go! As every financial advisor in history has said before, you might think about diversifying. If you look at your charitable donations as your investment in the betterment of the world, well — mix ‘em up, babe!

Last note before you start writing checks: I hope you’re not doing this solely out of guilt. You do not bear sole responsibility for fixing how the world is screwed up; you bear some, as a person living in that world, but it’s not all on you. Do what you can.