I’m not a fish. Why should coral reefs matter to me? 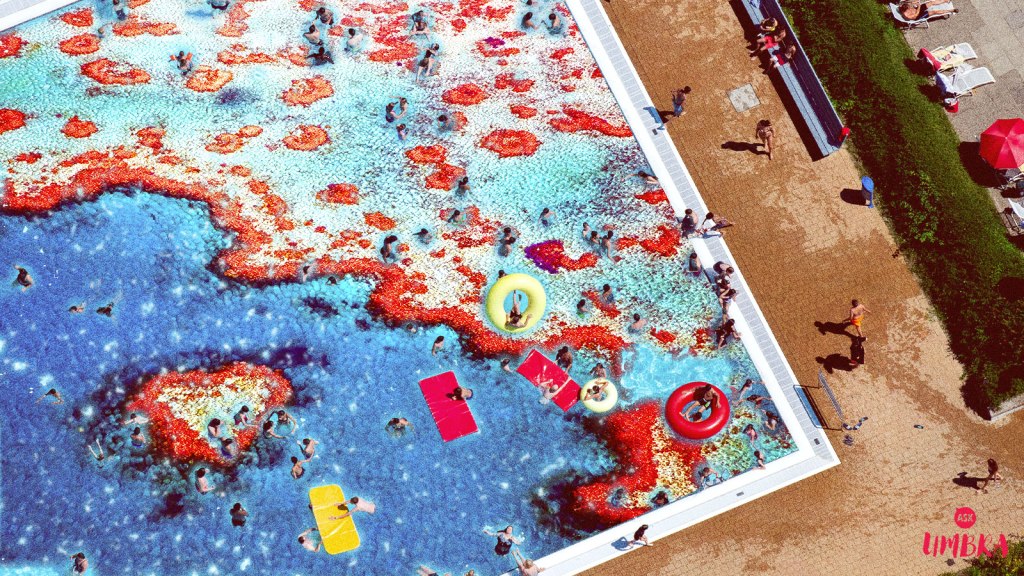 I’m not a fish. Why should coral reefs matter to me?

Aside from scuba-diving boredom, what will a world without coral reefs look like and how will it affect my day-to-day life?

I’ve never seen a coral reef. It’s not because I’m uninterested in them. I am completely captivated by ocean ecosystems because they look so bizarre and alien but are, in reality, more natural than most things I see on a daily basis as a city-dweller. An underwater visit just hasn’t happened for me yet, and if U.S. COVID-19 infection rates or global emissions levels keep up their current trajectories, it very well may never happen!

While I certainly hope coral continues to exist in the future, never seeing those impressive underwater edifices in person is OK with me, because I think it’s an important exercise to appreciate the beauty and value of something from afar. For example, I appreciate Irish actor Cillian Murphy’s artistic and aesthetic offerings, but that doesn’t mean it’s a good idea (or legal) for me to chase him down at his home in Dublin. And no offense to Mr. Murphy, but I think coral reefs provide a bit more for my daily life than his cheekbones.

I’m a little bit allergic to the often saccharine phrase “everything is connected,” but unfortunately it’s the best way to begin to describe the role that coral reefs play in the life of someone who might never, ever come into close proximity to them. When scientists or activists try to communicate the importance of ocean ecosystems, there’s usually a lot of explanation of food chains and the crucial role of the algae and microorganisms you can’t see that create half the oxygen in the world. Yes, really!

But for coral reefs it’s not even that abstract, frankly. An estimated half a billion humans — roughly one and a half times the population of the United States, just to put that hard-to-fathom figure into context — are directly dependent on coral reefs for income and/or sustenance. That estimate is about 20 years old, so it’s probably even higher today. Perhaps you are not one of those 500 million individuals. Even so, should coral reefs collapse, that means a significant proportion of the global population will be forced to migrate away from their homes to survive, and that kind of upheaval will probably touch your life in some way.

Assigning monetary value to ecological systems gives me a headache, but there are several estimates out there of the economic value that reefs provide to humans, in the form of flood protection, medicine, food, etc. You get the picture, I hope. Coral reefs represent very tangible benefits to many, many humans. But I’m a writer, and I have a penchant for looking at the symbolic value of things. And the ways that coral reefs handle environmental stress is a fairly representative preview of what the world as a whole might experience if we continue to plow through climate tipping points.

Coral reefs are, of course, endangered by warming seas, but they’re also regularly fielding all kinds of other threats: overfishing, plastic and chemical pollution, and even poaching for purposes ranging from bone grafts (both coral and bone are made of calcium carbonate) to jewelry (I, unfortunately, own a vintage coral necklace inherited from my grandmother — yikes!). Reefs are pretty beat up at this point, particularly in more fragile marine basins like the Caribbean. Fun fact: Pacific reefs tend to be more resilient because they’re geologically older.

I talked to Stephanie Wear, a marine ecologist with the Nature Conservancy, about how coral reefs are kind of an ecological mood ring. “They’re a sensitive system that visibly shows the stress they’re experiencing,” she said. (I’m sure plenty of readers can relate!!!) “You talk about coral bleaching, well, I liken that to an SOS signal: ‘There is a problem, we are stressed, this is not good.’ They are an early indicator of what we can expect in all ecosystems, because all ecosystems have thresholds that we can at some point breach.”

Imagine the Earth as a human body, and the coral reef is its epidermis — when something is awry, the first warning can arrive via your skin. Stressed or hormonal? Breakouts. Dehydrated? Itchy and inelastic! Fever? Flushed and clammy. Liver problems? Yellow! Coral bleaching works the same way: A shift in the microecology of their environments, a change in the temperature or pH balance of the water (which are influenced by carbon dioxide in the atmosphere), or even the presence of microplastics can cause the most vibrant coral to freak out and turn bone-white.

Going back to the dermatology metaphor, imagine your skin is a wreck — you’ve just gone on a weeklong, PMS-inspired bender and your nightly face washing routine consists of wiping ice cream off your chin with a Kleenex — and then on top of all that, you get a sunburn. That’s like climate change hitting polluted and overexploited coral reefs. And then say it’s a really terrible sunburn, and you get skin cancer and die. That’s the coral reef’s fate under 3 or 4 degrees Celsius of warming.

The thing is that coral reefs can come back from major bleaching events when they’re properly protected and cared for. According to the National Oceanic and Atmospheric Association, coral resilience to climate change can be greatly improved when we deal with local stressors like pollution. That gives healthy coral a chance to take over and reefs to bounce back. But coral bleaching is also a sign that something is seriously wrong; according to a 2018 Intergovernmental Panel on Climate Change report, if we don’t do something to turn the tide of oceanic warming, coral reefs could be dying en masse, never to come back, as soon as 2040.

But it’s not the utility, symbolism, nor outlook of coral reefs that are the thrust of your question, I think. It’s not even coral reefs at all, necessarily; it’s about how elements of the world that aren’t right in front of you — be they ecosystems, creatures, or people — can still matter to you.

I actually posed your question to my dear friend and coral enthusiast Amelia Urry, and she had the following response, which, even as a professional advice columnist, I can’t really improve upon: “I think the answer has to be about empathy, or something like it,” she said. “Yes, reefs play a vital role in regulating all kinds of global systems that you undoubtedly benefit from. And yes, you can learn about those if it helps you to care a little bit more. But so much of climate change, and ecological damage more broadly, happens to people and places that will never directly intersect with your life. There may be indirect consequences for you later on, sure, but the brunt of the loss is borne by someone else. And finding ways to care about THAT is the real trick.”

I think that’s what they call a mic drop?

But I hope you won’t take any of this to be too critical. You’re expressing a sentiment that many many many people struggle with, based on the number of “but how does this far-off thing affect me?” emails that end up in my Umbra inbox alone. Back in February, I, myself, brushed off the threat of coronavirus as a distant disaster that wouldn’t really affect my life! I was wrong.

Well. At the risk of getting too dark, I guess disasters are never quite as distant as we want to believe.