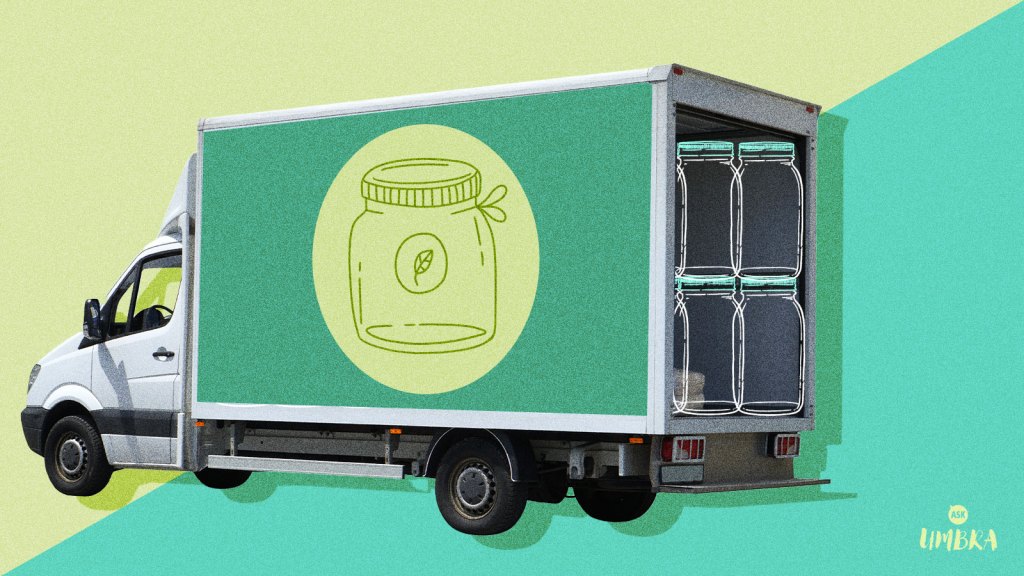 I want to use less plastic, but have no bulk stores nearby. I’m considering using online stores that let you return and reuse personal care product packaging. Do CO2 emissions from mailing and refilling shampoo bottles negate their environmental good?

You’re up against two great behemoths of environmental scourgery here: plastics and e-commerce. Each one is bad for the environment in its own lamentable way (more on that shortly), and yet they are similarly so embedded in our modern supply chain that avoiding them requires going to great lengths. How ridiculous is it that the simple act of buying shampoo, to your example, should entail a choice between two such ruinous forces! But let’s review the respective flaws of each to illuminate your dilemma:

Pretty much everyone agrees that single-use plastic packaging is, outside of a medical context, remarkably wasteful. Plastic is made from fossil fuels, so obviously there’s a major threat to the climate wrapped up in its very existence. Oil and gas companies have even turned their attention more toward plastic production as the industry faces increased energy competition from renewables.

Then there’s the disposal problem: Less than 10 percent of plastic makes it through the recycling process in the U.S. The vast majority ends up discarded in landfills, from whence it steadily floods out to sea. Plastic never decomposes into organic matter either; it simply breaks down into smaller and smaller particles that fill the air, water, and earth. That’s problematic considering many of the compounds that make up plastics are harmful to the health of animals — including humans.

So all that makes for a pretty good argument for reusing plastic packaging as much as you can — or, alternatively, not buying things packaged in plastic at all! To that end, a bunch of different companies have cropped up in the past couple of years (Loop, by Humankind, Public Goods, to name a few) attempting to offer alternatives to single-use plastic packaging. Their approaches range from refillable bottles, like the ones you’re talking about, to biodegradable pouches. And while refillable containers are nothing new in the realm of bulk stores and food co-ops, those aren’t widely available in many parts of the country. At least when it comes to access to these refillable services, online shops are a bit of a game-changer.

If your goal is simply to reduce plastic — a worthy one, given all the reasons we just mentioned — then it’s likely worth your while to try out one of these companies. It sounds like you don’t have a great local alternative, save making your own shampoo at home — which is, for the record, possible! But, of course, the decision gets more complicated when you look at the broader climate math. The materials used to make these containers matter too; and a virgin aluminum bottle, for instance, would need to be used 50 times before its carbon footprint per use would be less than that of a reasonably responsibly produced plastic one. (On the plus side, aluminum is more readily recyclable than most plastic.).

Since you’re concerned about the emissions of shipping as well, I did a bit of messing around with a DHL calculator. Even if we take a higher estimate of climate costs, it turns out the carbon footprint of shipping a 2.4-pound package 2,000 miles by truck in the United States is approximately 2.5 pounds of CO2. That’s the equivalent of driving alone in a single-passenger vehicle (assuming said vehicle gets about 25 miles to the gallon) for a round trip of 3.2 miles. If you drive to the store where you purchase your shampoo and that trip exceeds 3.2 miles, it could actually be more efficient to get it shipped to your house.

Because, as it turns out, a lot of the concern about e-commerce isn’t so much the emissions of shipping; it’s that it’s created a generally accepted practice of express-shipping impulse-buy products that might never get used at all. Consumerist culture promises bountiful convenience as some kind of American birthright; that’s why we have endless plastic and one-day express shipping in the first place. And that express-shipping has fostered an energy intensive system of warehouses and air freight and their ensuing environmental costs. But under the right circumstances, standard shipping — as we’ve just calculated — can be more fuel-efficient than traveling in a car alone.

Shopping dilemma aside, I can give you the whole spiel on how to really maximize the environmental impact of that refillable shampoo. Don’t shampoo your hair that much — apparently it dries out your hair anyway — to get the most out of each bottle. (Personally, I’m down to washing my hair once every four days, and it’s working out!).

But here’s a sort of bigger-picture argument for giving your refillable online options a shot: the whole goal is that reuse becomes the norm, right? That every single-use polyethylene bottle eventually goes the way of the rapidly retiring coal plant, and we can have the option to endlessly refill our liquid soaps and conditioners and face creams from a soda-fountain-style personal hygiene aisle at any grocery store or cosmetics counter? Then it’s theoretically important, from a consumer standpoint, to prove that there’s a market for this type of product.

The more mainstream this practice becomes, the cheaper it will be to avoid single-use plastics in the future. In a phone call with Bennington College professor Judith Enck, president of the advocacy group Beyond Plastics, she said: “My big fear is that alternatives to plastic, and in particular refillable and reusable products, become this niche market like organic food was 20 years ago, that it’s expensive and only affluent people can afford it. If that’s where we go with refillables and reusables, we’re not going to make the progress that must be made.”

While I so, so, so appreciate your impulse to weigh the climate pros and cons of a decision like shampoo, I want to encourage you not to get lost in those minute calculations at the cost of the bigger picture. Let your shower-time contemplation be about big dreams, not plastic bottles.