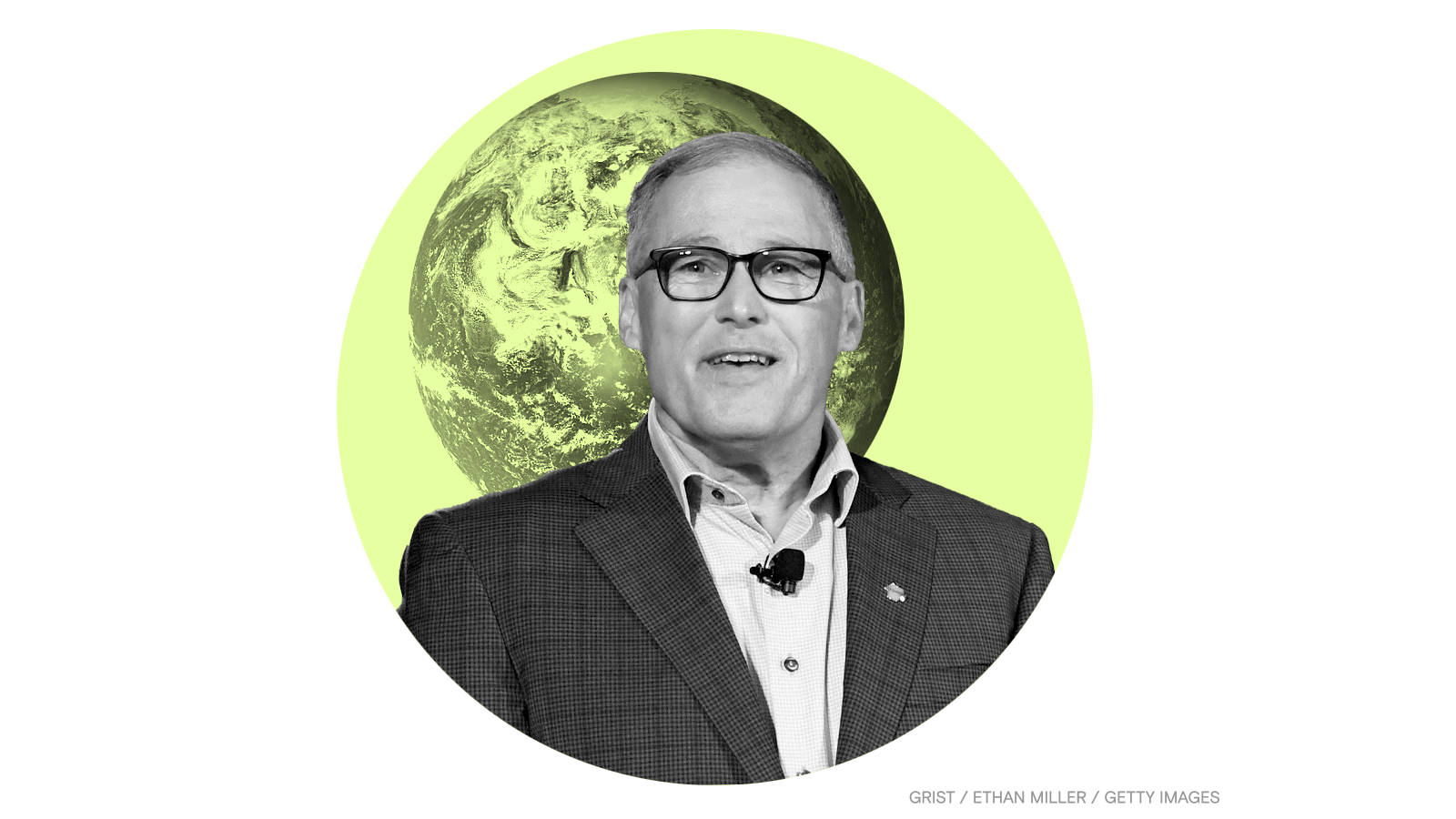 Washington Governor Jay Inslee, who positioned himself as the climate candidate in the 2020 presidential campaign, signed four bills into law on Monday to cut the state’s carbon emissions and lower dangerous air pollution in disadvantaged communities.

“Our climate commitment … is to cut climate pollution by over 50 percent in the next nine years,” Inslee said. “These bills go a long ways to getting us there.”

Inslee signed three climate bills wrapped together into what is known as the “Climate Commitment Act.” The legislation will set a cap on carbon emissions across the state, provide funding and support for communities facing high levels of air pollution, and cut the emissions of hydrofluorocarbons, a set of supercharged greenhouse gases. The governor also signed Senate Bill 5022, which will require the use of more recycled plastic in bottles and ban certain Styrofoam products.

But it’s not over yet: Inslee also vetoed some portions of the bills on his desk, alarming state legislators and stirring talk of a court challenge. The bills were supposed to be contingent on the passage of a giant transportation package later this year; Inslee revoked that clause, upsetting even some fellow Democrats. The governor also vetoed a component of the cap-and-trade bill that would have required consultation with tribes on certain projects.

The Greenland ice sheet has already lost trillions of metric tons of ice as a result of global warming. A new study confirms that a significant portion of the ice sheet is on the brink of a tipping point, which would lock in accelerated melting even if further climate change is prevented.

In 2018, Baltimore filed a lawsuit against fossil fuel companies demanding that they help pay for climate change-caused damage. In a 7-1 decision yesterday, the U.S. Supreme Court handed a victory to Big Oil, sending the case back to a circuit court to reconsider a decision allowing the case to proceed in state courts. The fossil fuel companies expect to have a better shot at winning in federal courts.

A new study finds that trees drowned by seawater still emit greenhouse gases, a process the scientists dubbed “tree farts.” These newly discovered emissions increase the amount of carbon dioxide produced by ecosystems with drowned trees by about 25 percent. The finding has researchers concerned about emissions as rising seas creep farther into coastal forests.