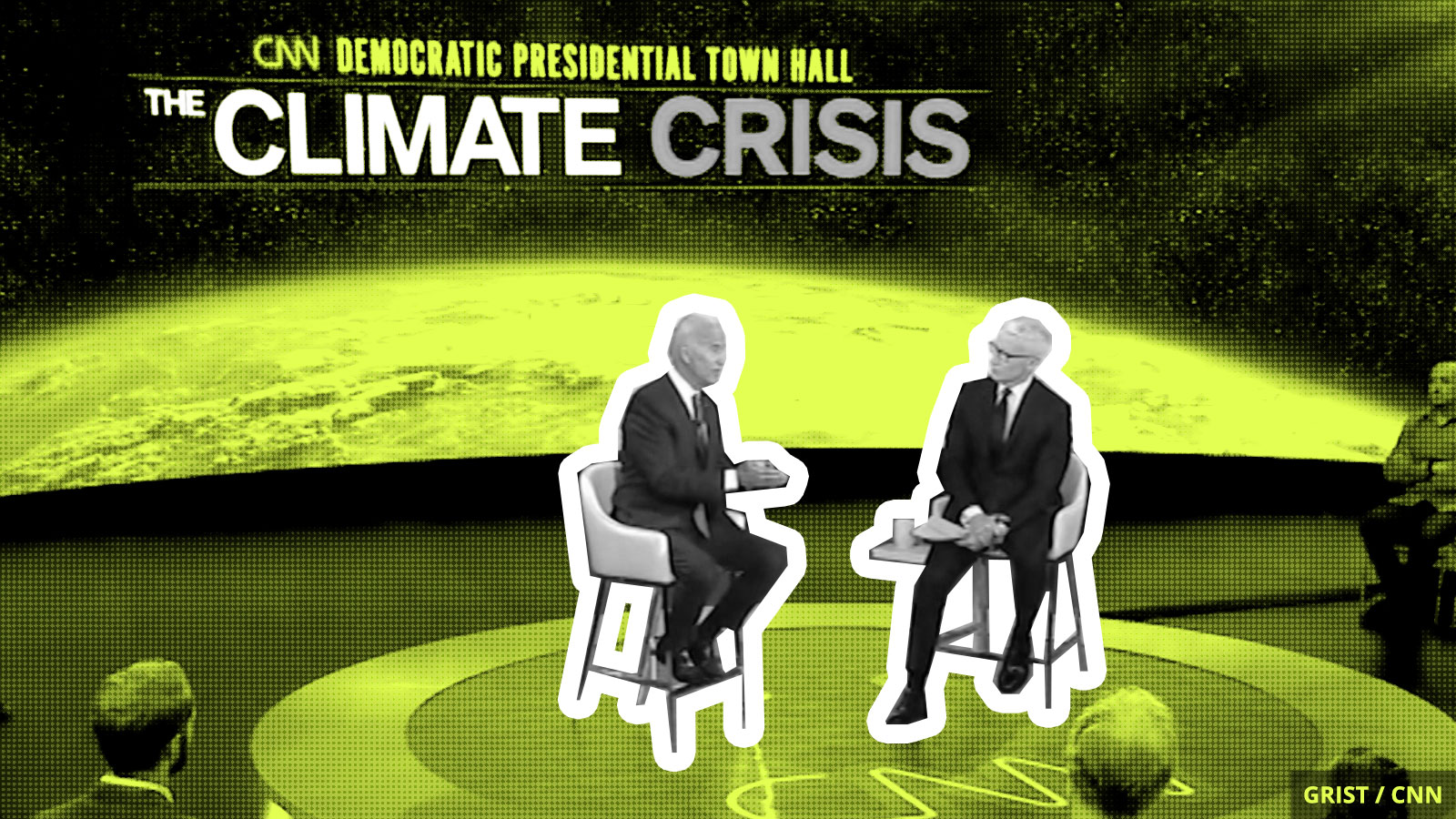 CNN’s marathon Climate Crisis Town Hall on Wednesday wasn’t exactly what activists wanted (i.e., a climate-specific debate sanctioned by the Democratic National Committee), but it did allow participants to do what they probably couldn’t have in the usual 75-second allotment of time: actually shed light on the issues.

In fact, the format — 40 minutes of in-depth questioning per candidate — lent itself to some pretty extraordinary discussions about everything from nuclear power to food deserts to carbon taxes. Better yet, there were no shouting matches between candidates and very little interrupting from moderators. Candidates fielded a series of thoughtful and nuanced questions about the climate crisis from the audience and moderators — and not all of the questions were softballs.

Here’s a little taste of what we got last night. For the full recap with details from all the participants, check out our post here.

Julián Castro, who was the first hopeful to appear onstage, had to answer to his history of embracing fracking as the mayor of San Antonio, Texas. He promised to do better by “moving us away from fracking and natural gas and investing in wind energy, solar energy, other renewables.” Then Kamala Harris, a former prosecutor and self-described “career law enforcement official,” said she would take companies like ExxonMobil to court. In fact, as she noted, she already has!

Amy Klobuchar and Pete Buttigieg, the signature Midwesterners in the race, focused on the role rural America can play in mitigating the crisis. Mayor Pete appealed to the religious among us: “If you believe that God is watching as poison is being belched into the air we breathe … what do you think God thinks of that?” he asked.

Bernie Sanders and Elizabeth Warren stuck to their bottom lines: hold polluters accountable and get fossil fuel corruption out of Washington. “Let’s put in place some real rules,” Warren said. In a moment of levity, when Sanders was asked whether he would reverse Trump’s energy-efficient lightbulb rollback (see below), he gave the shortest answer of the night: “Duhhh!”

The Trump administration has plans to, uh, save us all from being required to buy energy-efficient light bulbs. On Wednesday the Energy Department confirmed the administration’s latest regulatory rollback: reversing bulb efficiency standards that would have barred the sale of traditional incandescent bulbs. The Natural Resources Defense Council says that using energy-efficient bulbs nationwide would save the equivalent of the energy generated by at least 25 power plants each year.

Days after causing a humanitarian crisis and at least 20 deaths in the Bahamas, Hurricane Dorian grazed Florida and took aim at the Carolinas. The storm, which has vacillated between Category 1 and Category 5 strengths, has been downgraded to a Category 2 hurricane. But it still carries winds up to 110 mph and has already flooded parts of Charleston, S.C.

On Wednesday, the White House tweeted out a video of President Trump displaying a map of Hurricane Dorian’s projected path that looked … unusual. Specifically, it seemed to have been doctored with a Sharpie to show the storm potentially (and falsely) heading toward Alabama. Trump has asserted, incorrectly, that Alabama would “most likely be hit (much) harder than anticipated” by Dorian.