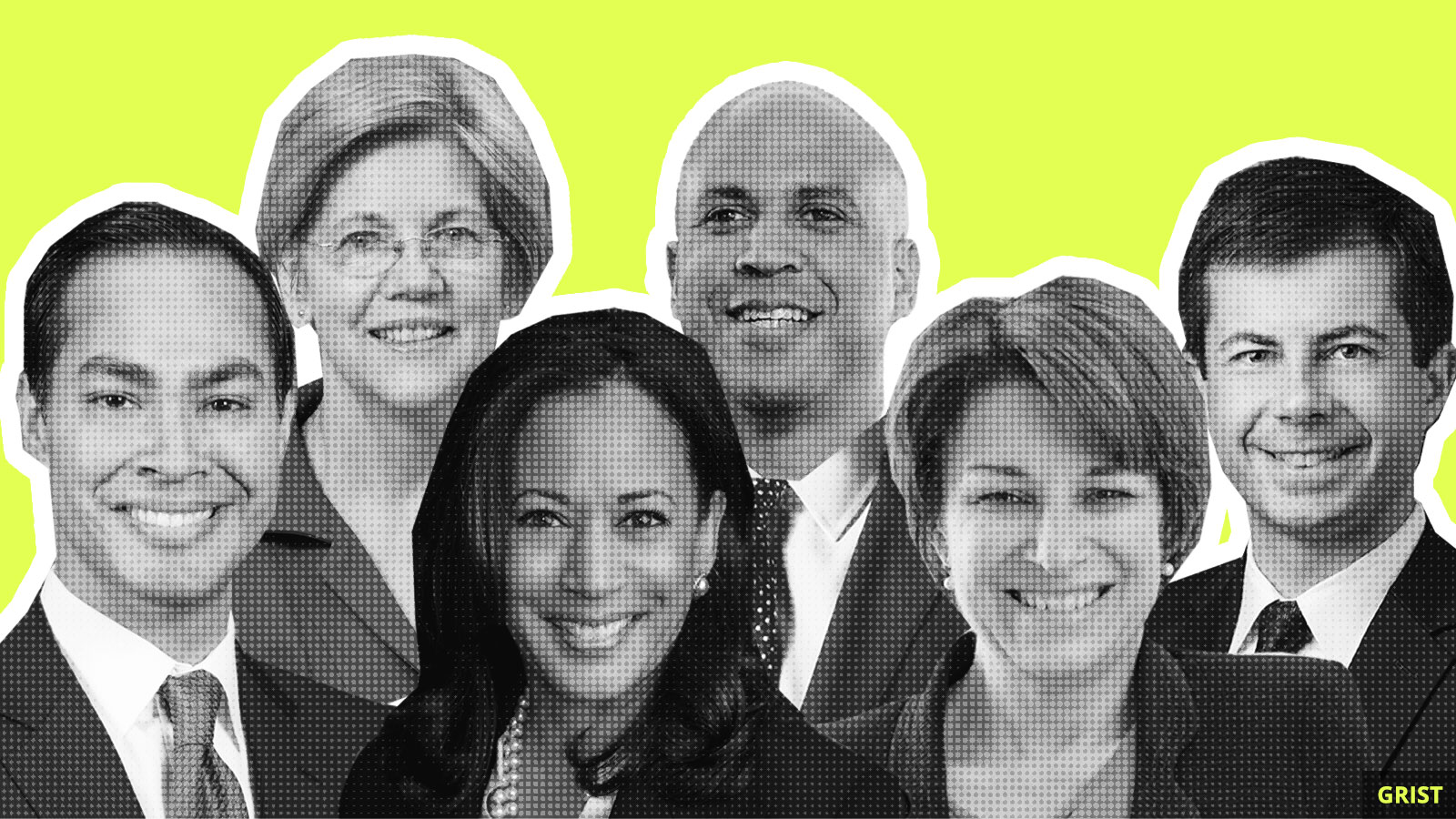 We’ve published a breakdown here of all you need to know about the new climate plans released by Cory Booker, Pete Buttigieg, Julian Castro, Kamala Harris, Amy Klobuchar, and Elizabeth Warren. Here are a few highlights:

It’s a calculated move ahead of tonight’s Climate Crisis Town Hall on CNN, and Inslee, the granddaddy of detailed climate policy proposals, is pleased. “We have seen, I think, an arms race now, in a good way, of candidates competing to have the most effective plans and I think that’s a good thing,” he said on CNN this morning. “I’m thrilled we’re now seeing the Democratic Party standing up.”

The arms race will presumably continue during the seven-hour town hall, which is set to air from 5 p.m. to midnight Eastern. If you’re unable (or unwilling) to spend that much of your precious life watching politicians discuss how they plan to tackle the greatest existential threat our country is facing, we’ve got you. Grist staffers will be live-tweeting the whole thing, and we’ll have plenty of town hall coverage on the website as well.

Plan to watch with us? Make it an adventure with our CNN Climate Crisis Town Hall drinking game and Bingo board. Please remember to drink responsibly!

Joe Balash, a Trump appointee who pushed to expand oil and gas leasing in Alaska, stepped down from the Interior Department on Friday. But he hasn’t left the business of bleeding Alaska dry of its oil: Balash is now joining the Papua New Guinea-based Oil Search, a company which is “developing one of Alaska’s largest oil prospects in years.”

After slamming into the Bahamas with 185-mph winds this past weekend, Hurricane Dorian is poised to track near the coast of the Carolinas as a (still dangerous) Category 2 hurricane. In the Bahamas, where the deadly storm hit as a Category 5 hurricane, Dorian also potentially wiped out an endangered species of bird, the Bahama nuthatch.

The meat, fish, and dairy producers used by companies such as McDonalds, Nestlé, and Walmart aren’t living up to the sustainability commitments of the high-profile brand names they supply. That’s according to a new report that outlines how 50 of the world’s largest food producers are failing to mitigate the environmental and health impacts of deforestation, the routine use of antibiotics, and greenhouse gas emissions.

Climate strikers unite at the U.N.