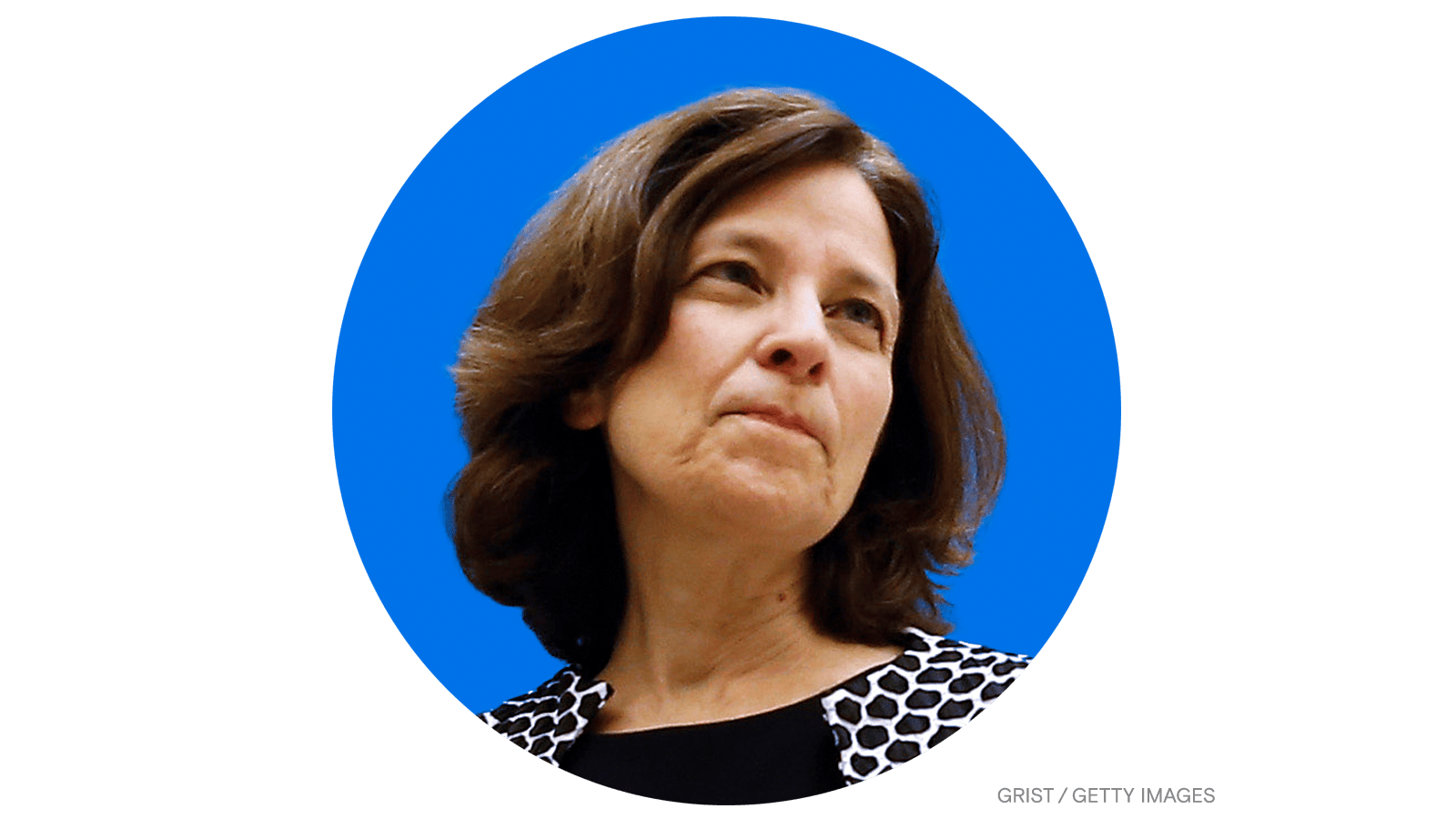 President Joe Biden has nominated Sarah Bloom Raskin, a Duke University law professor and “climate finance hawk,” to be the Federal Reserve’s top regulator. Climate advocates have long argued that the central bank should use its power to reel in lending to fossil fuel companies and help redirect finance toward cleaner industries. Raskin seems to agree.

In an op-ed published last year, Raskin warned that climate change could spark another financial crisis if the Federal Reserve, the Securities and Exchange Commission, and other agencies didn’t take action. “All U.S. regulators can — and should — be looking at their existing powers and considering how they might be brought to bear on efforts to mitigate climate risk,” she wrote.

Raskin argued that regulators should do two things: ensure the firms they oversee are prepared to weather the climate risks that are already on the way and use the tools they have “to incentivize a rapid, orderly, and just transition away from high-emission and biodiversity-destroying investments.”

The tools available to Raskin as the Fed’s new vice chair for supervision range from providing guidance to banks on how to identify and monitor climate-related risks, to imposing limits on how much money banks can lend to polluting industries.

Raskin was nominated alongside a historic pick: Lisa Cook, an economist at Michigan State University, who was tapped to serve on the Fed Board. If confirmed, Cook would be the first Black woman to serve in that role. But confirmation isn’t a sure bet for either.

Senator Pat Toomey from Pennsylvania, the top Republican on the Senate Banking Committee, has already expressed concerns about Raskin’s stance on climate change. Toomey says he doesn’t think the Fed should be telling banks who to lend to.

The majority of the world promised to end deforestation. But businesses are standing in the way.
Mark Armao, Grist
➤ Read more