It’s Friday, August 10, and a court just banned a toxic pesticide that was near and dear to Scott Pruitt’s heart. 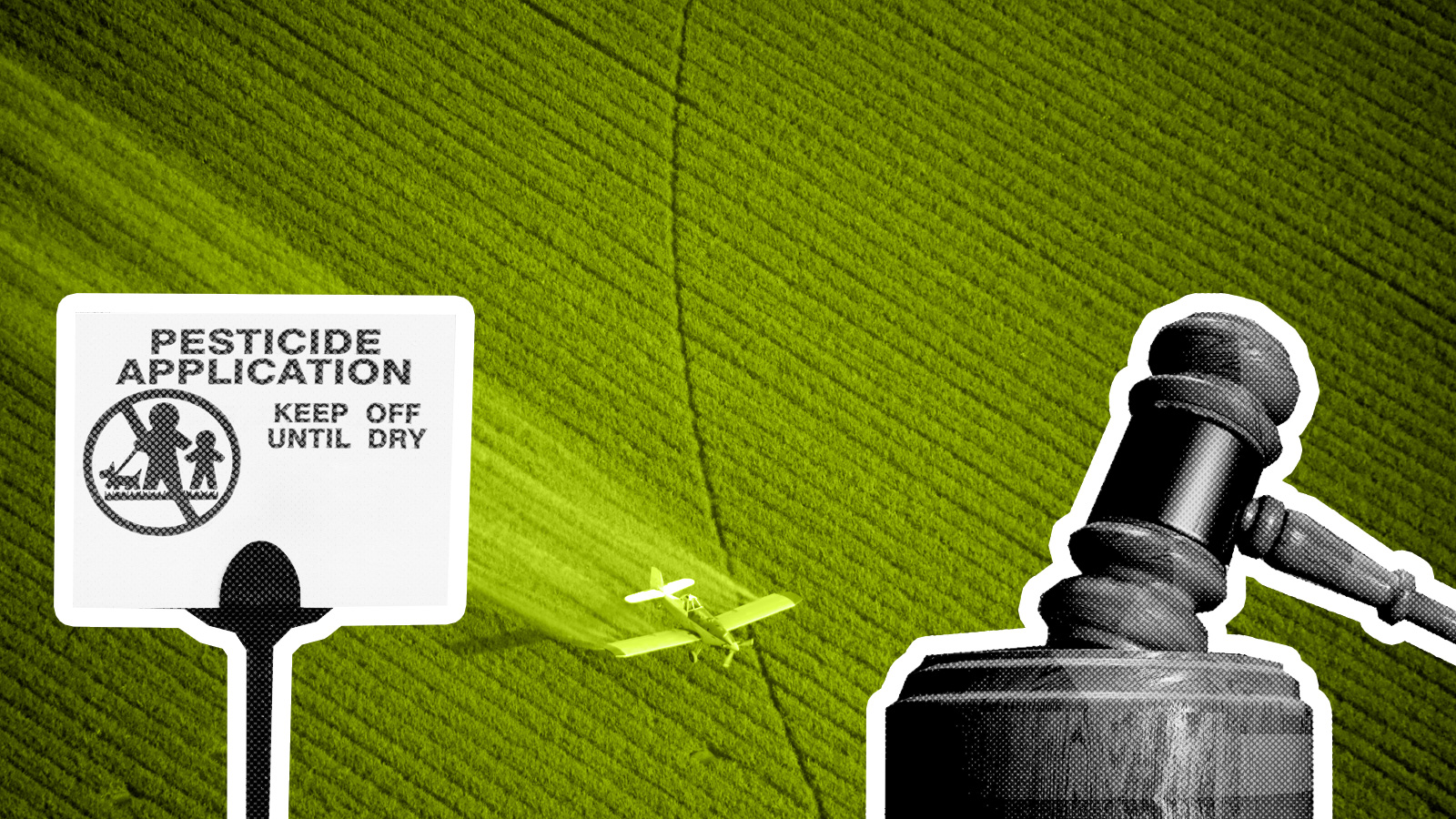 When Pruitt was in office, he delayed a ban on a common pesticide called chlorpyrifos — a move environmentalists said was motivated by his unyielding commitment to ensuring the health and safety of corporate profits. Mind you, this particular organophosphate insecticide, in wide use since the ’60s, has been linked to learning disabilities in kids and adverse health effects in farm workers.

Pruitt’s efforts to protect industry were in vain. Yesterday, the U.S. Court of Appeals for the 9th Circuit ruled that the Environmental Protection Agency has 60 days to finalize a ban on chlorpyrifos.

Obama’s EPA had proposed a ban on the pesticide in 2015 in response to a 2007 petition filed by the Natural Resources Defense Council and Pesticide Action Network America. But Pruitt decided to delay the ban as head of the EPA — and last year, three environmental groups filed a complaint in an effort to force the Trump administration’s hand.

The judges of the 9th circuit clearly agreed on Thursday that Pruitt’s delay of the ban posed a risk to public safety. “If Congress’s statutory mandates are to mean anything, the time has come to put a stop to this patent evasion,” they wrote in the ruling. They also said the delay violated the Federal Food, Drug, and Cosmetic Act.

The organizations who have long been pushing for a ban rejoiced yesterday. “This court decision not only protects the health of children and farm workers, it also affirms EPA’s duty to actually protect public health,” said Kristin Schafer, executive director at the Pesticide Action Network, in a statement.

Three cheers for due process!

Puerto Rico now admits that Hurricane Maria killed 20 times more people than it initially reported. In a report to Congress, the territory’s government said that 1,427 deaths could be attributable to the storm, but the official death toll is still frozen at 64 pending a scientific review. An independent study by Harvard, however, estimated that the death toll could have reached 5,740.

Mosquitos are on the move, and they’re bringing West Nile virus with them. An analysis by Climate Central shows that warming temperatures across the United States have increased the risk of disease transmission from mosquitos, which like balmy temperatures *shudders*. In El Paso, Texas, the situation is particularly bad: Around 100 residents have been affected by West Nile since 2000, and some still suffer significant neurological impacts.

Wildfires have claimed the life of another emergency responder. A California Department of Forestry and Fire Protection mechanic, assigned to the Carr Fire, passed away in a vehicle fire on Thursday. Three firefighters, a bulldozer operator, and a utility worker also died this summer in attempts to stop the Redding, Carr, and Ferguson fires. Some 14,000 firefighters are battling the blazes, including nearly 2,000 who inmates earn just $1 for each hour they’re in the field.

KIMMEL IN OUR CORNER

Late night host Jimmy Kimmel took the Trump administration to task over climate change this week. “Maybe the most destructive thing these people are up to involves climate change,” he said. “Not only is it hotter than ever, but levels of carbon dioxide hit new all-time highs last year, we have abnormally warm temperatures around the globe, Arctic ice is melting at an unprecedented rate.”

No kidding. Kimmel’s home state of California just had its hottest month ever recorded. “Somebody needs to get through to the president before it’s too late,” Kimmel added. You tell him, Jimmy!

A young mayor is bringing his coal town into the light