It’s Thursday, May 17, and your fridge is defrosting the environment, but we’re trying to fix that. 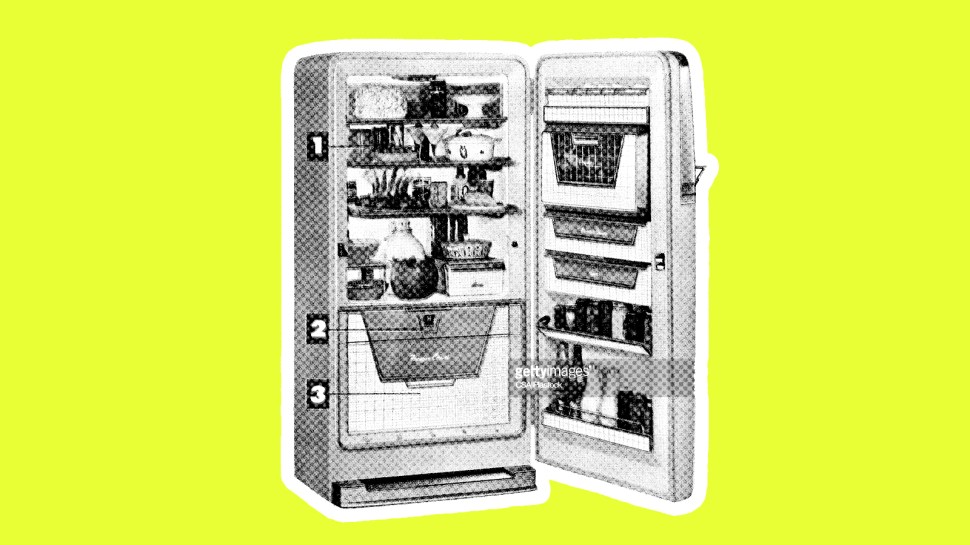 Refrigerators used to contain chemicals called chlorofluorocarbons which kept food icy cold but gnawed a hole through a liiiitle something called the planet’s ozone layer. Y’know, that thing that shields us from the sun’s fiery wrath.

Now, your fridge contains hydroflourocarbons, which don’t riddle the ozone layer like swiss cheese but most definitely leak into the atmosphere and trap a ton of heat — they’re stronger than CO2 by many thousands-fold. In 2016, a bunch of countries decided to phase out HFCs, recognizing the risk they pose to the planet. But the process could take decades, and we don’t have that kind of time.

Here’s the good news. In his book Drawdown, Paul Hawken ranks refrigerant management as the #1 solution to global climate change. And it’s not as politically fraught as, say, taxing carbon. Fridge manufacturers are trying to figure out ways to keep food fresh without turning the planet into a parched nightmare.

One company may have had a big breakthrough. Phononics, Inc., has built a new fridge that doesn’t utilize refrigerants at all. The North Carolina company uses something called thermoelectricity. The thermoelectric effect relies on electrical currents to pull heat away. These new fridges use less energy, make less noise, and are smaller than conventional refrigerators.

Here’s the catch: This new tech is inefficient and prohibitively expensive. But Phononics got a grant from the Department of Energy to make their thermoelectric coolers more efficient. If all goes well, you might be eating food that’s been chilled by electrical currents in the future.

Justin Trudeau has found himself in a bit of a political pickle. The Canadian prime minister has tried to convince B.C. that the Trans Mountain Pipeline is in the best interest of the Canadian people, but they’re just not going for it. Kinder Morgan has considered scrapping the project over the delays in the Pacific coast province, so now, the government announced it will cover any losses the company might face as a result.

Speaking of pickles: Bitcoin, the cryptocurrency that the internet has been going bananas over, is horrible for the environment! Grist’s own Eric Holthaus has been reporting on how the currency gobbles up an incredible amount of power. A new peer-reviewed study shows that bitcoin’s energy footprint has more than doubled in the last six months. By the end of 2019, bitcoins might use more energy than all the world’s solar panels produce.

Could we turn the Terminator on those libertarian nerd coins? Arnold Schwarzenegger, former Republican governor of California and, also, this guy, threw some major shade at Scott Pruitt yesterday, tweeting, “if you don’t have a problem with Americans drinking contaminated drinking water, drink it yourself until you tap out or resign.” Although Arnie might look like the climate hero we all need, let us not forget the numerous women who have come forward accusing him of sexual harassment and groping.

Two truths and a lie

At Grist, we’re deadly serious about facts. You should have been a fly on the wall when we discussed the implications of an energy efficiency report. Heated! And nerdy! But in the spirit of a little getting-to-know-you fun, we thought we’d play the classic party game “two truths and a lie.” See if you can guess what’s real and what’s hot air.

A) We are a nonprofit media organization that relies on reader support to fund our work.

C) We get most of our money from Trump 2020 campaign supporters.

Which is the lie? (We really hope you know!) Reply with your response and get a shout out in tomorrow’s newsletter. Best of luck, comrades!