It’s Wednesday, May 16, and New York just made a big power play. 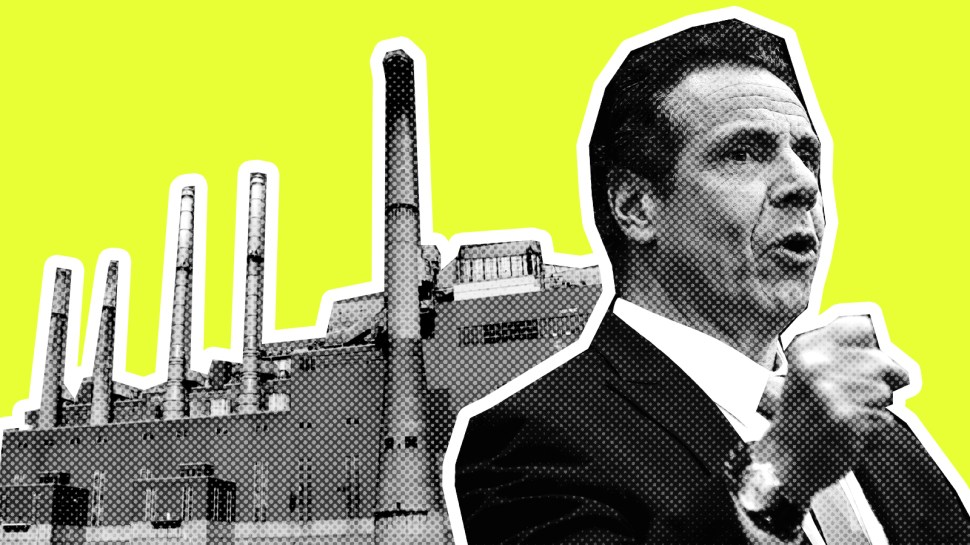 As the race for New York’s next governor heats up, Andrew Cuomo is trying to cool the state down.

Today, the current governor unveiled a new plan to instate tough emissions restrictions on power plants. The new rule is part of Cuomo’s plan to reduce the state’s reliance on fossil fuels by 40 percent by 2030. New and existing power plants will have to switch from coal to “cleaner fuel” by 2020 or risk getting shut down. The new emissions standard means the state is a step closer to another of Cuomo’s goals: eliminating its reliance on coal entirely in the next two years.

Environmental groups, like the Sierra Club and the Natural Resources Defense Council, applauded Cuomo for setting an example for the rest of the United States.

The new rule will improve New York’s air and water quality, but Cuomo is anything but off the hook as far as his chief political opponent, Sex and the City’s Cynthia Nixon, is concerned. She wants the governor to crack down on plants powered by natural gas, including revoking permits he granted to the Hudson Valley CPV power plant. Looks like Nixon is channeling her inner Miranda to get Cuomo moving on the environment!

While New York tries to ditch coal, the Trump administration is considering forming a new institution to advocate for exporting it, as well as natural gas. Its (ridiculous) name? The “Clean and Advanced Fossil Fuel Alliance.” The idea for the group came in response to last year’s U.N. climate talks, where a group of countries pledged to phase out coal-fired power. Rather than jump on that good ship, the U.S. started courting a number of countries on fossil fuel exports. We know we call this section The Smog, but we didn’t think Trump would take it so literally.

Less than 4 percent of the pages in college textbooks discuss climate change, renewable energy, or related environmental issues, according to a new study. Researchers examined more than 15,000 pages from the current editions of 16 leading physics, biology, and chemistry undergraduate textbooks. When climate change did show up, it was often used as an example of how science can be applied in the real world.

Big day for coal news. A judge in Oakland struck down a city ban on companies transporting coal through a proposed export terminal. Demand for coal in the U.S. has declined (woo!), leaving coal companies looking to international markets — which our president is ready to help them find. (See above.) The ban would have prevented a Utah company from using the terminal to move coal to Asia.

When you think of a superhero, you probably think of a tall, bulging man with perfectly coiffed hair and an oddly tight outfit. But here at Grist, our idea of a superhero looks a lot different. Ours look more like Angela Hsu, who heads up Yale’s efforts in developing data-driven tools to inform environmental policy. Or Anthony Rogers-Wright, a policy and organizing director at Environmental Action.

Our friends at Amplifier get us. They’ve given these environmentalists (who also happen to have appeared on our Grist 50 lists) the traditional superhero treatment they deserve.