It’s Tuesday, November 3, and environmentalists are flocking to the polls. 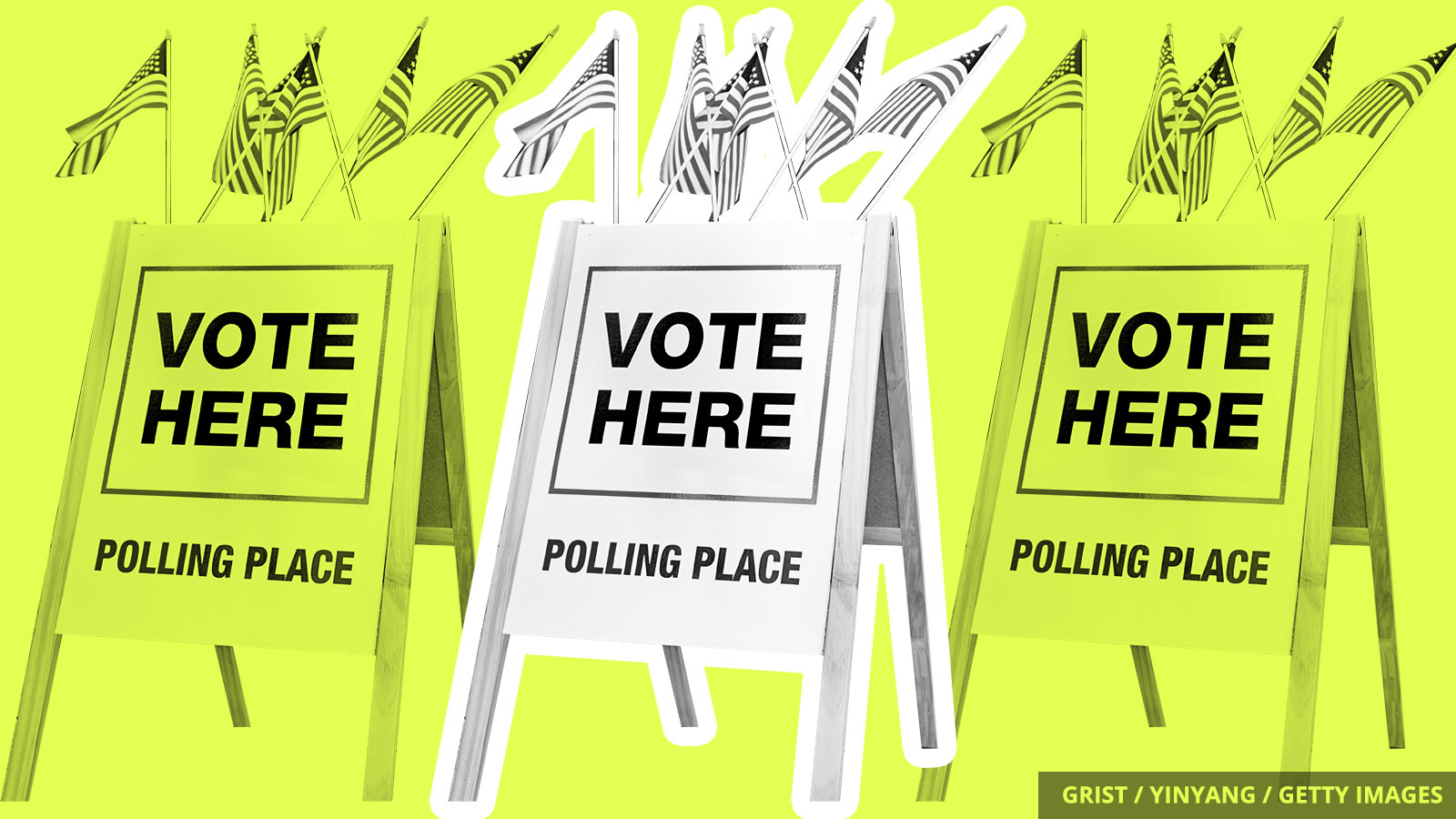 Almost 100 million Americans cast their votes early in one of the most consequential elections in a generation. One group in particular has turned out in droves: voters who care a whole lot about climate and the environment.

According to data from the nonpartisan Environmental Voter Project, almost 580,000 ballots already cast in key swing states have come from first-time or infrequent voters likely to identify climate or the environment as their number one election priority.

“These numbers are starting to get too big to ignore,” said Nathaniel Stinnett, the Environmental Voter Project’s founder and director (and a member of the 2016 Grist 50). “It’s the cresting of a green wave.”

The group maintains a database of voters who, based on polling and modeling, it considers likely to put the environment or climate change as their top priority — but who neglect to vote in most elections. Volunteers drop off flyers, send text messages, or knock on doors, encouraging people to vote without ever mentioning the environment.

“If we start showing up,” Stinnett said, “it will be impossible to stop the climate movement.”

Violent, 145 mile-per-hour winds from Hurricane Eta, the 28th named storm of Atlantic hurricane season, began wreaking havoc in Nicaragua on Tuesday morning, pulling roofs off of houses and knocking down trees. The National Hurricane Center expects the slow-moving storm to continue battering Central America through Friday, delivering up to 3 feet of rain and a storm surge of up to 21 feet.

A new study looking at “plumbing poverty” found that more than 1 million people in America lack a piped water connection in their homes, with the majority of these households located in major cities like New York and Los Angeles. The researchers also found that households headed by people of color are almost 35 percent more likely to lack indoor plumbing than white, non-Hispanic households.

There was back-patting and self-congratulation when President Trump signed the Great American Outdoors Act, a major conservation bill, back in August. But Trump’s Interior Department has missed a key deadline to comply with it. The agency was supposed to submit a list of priority projects for the new $900 million fund by November 2, but the list is nowhere to be found, and officials did not say why or when it would be submitted.