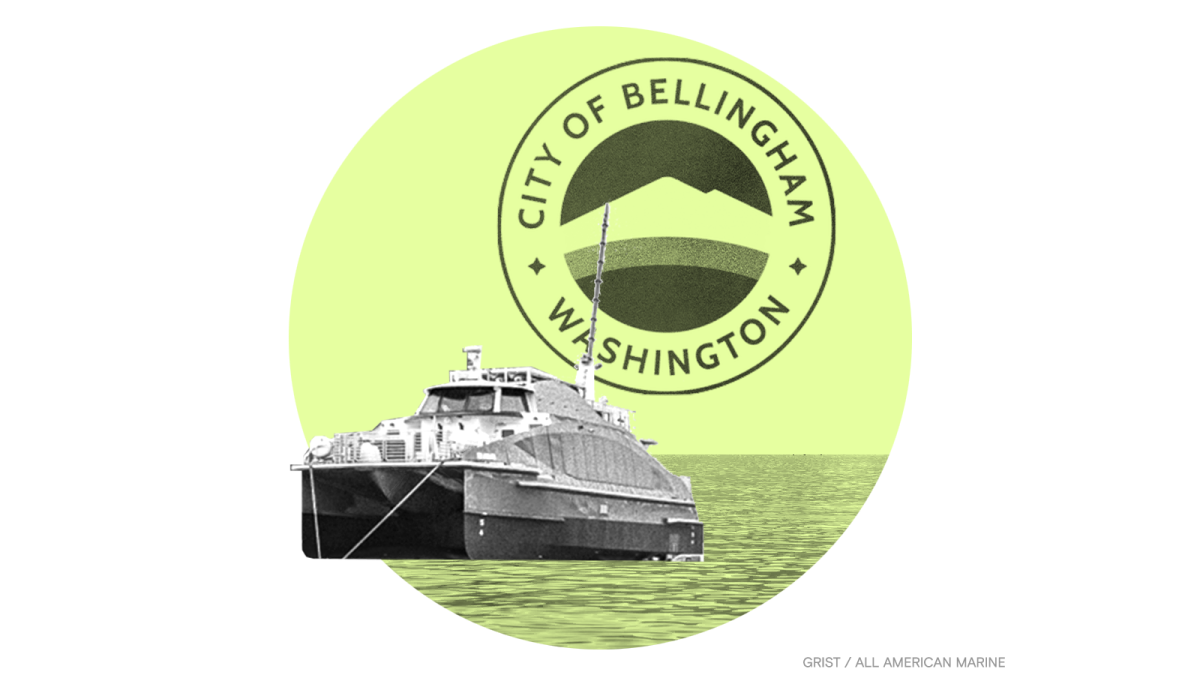 As part of the ongoing effort to decarbonize the maritime industry, a Bellingham, Washington-based shipyard last month christened the Sea Change, a ferry powered by hydrogen fuel cells that produce no direct emissions. The 70-foot, 75-passenger vessel, which is slated to begin operating in San Francisco Bay by the end of the year, is the nation’s first hydrogen-powered commercial ferry.

The Sea Change, which was built by vessel manufacturer All American Marine, is powered by fuel cells containing enough compressed hydrogen gas to travel continuously for roughly 300 nautical miles at a cruising speed of about 18 miles per hour. When the vessel is idling or traveling at low speeds, excess electricity generated by the fuel cells is stored in an onboard battery system, which can then discharge energy to the electric propulsion system when higher speeds are required. Most hydrogen fuel produced today is derived from natural gas and coal, but proponents hope that clean hydrogen made from water and renewable electricity will become more available in the future.

The ferry represents an important step in the maritime industry’s transition toward cleaner means of propulsion.

“The really great thing about this process is the only byproduct is hot water,” said All American Marine president Ron Wille in a recent interview with KUOW, the public radio station for the Puget Sound region. “Being able to put a boat out to sea to operate where it’s going to create zero emissions is certainly revolutionary.”

More than a week after Hurricane Ida tore through Louisiana, at least 350 oil and chemical spills have been reported along the U.S. Gulf Coast — mostly linked to broken oil wells and flooded refineries. Some spills seem to have been stoppered, but the Coast Guard announced on Monday that it was still assessing the situation.

More than 230 medical journals came together on Sunday to name climate change as the “greatest threat to global public health.” In a joint statement, they warned of catastrophic, irreversible harms to human health unless global leaders take more aggressive action to limit global warming to 1.5 degrees Celsius (2.7 degrees Fahrenheit).

Climate-related disasters like wildfires, flash floods, and hurricanes have affected nearly one-third of Americans this summer, according to a new analysis of federal data by the Washington Post. Multi-day heatwaves have also been widespread, with nearly 2 out of 3 Americans exposed to scorching temperatures in the past three months. All told, at least 388 people have been killed by extreme weather events in the U.S. since June.