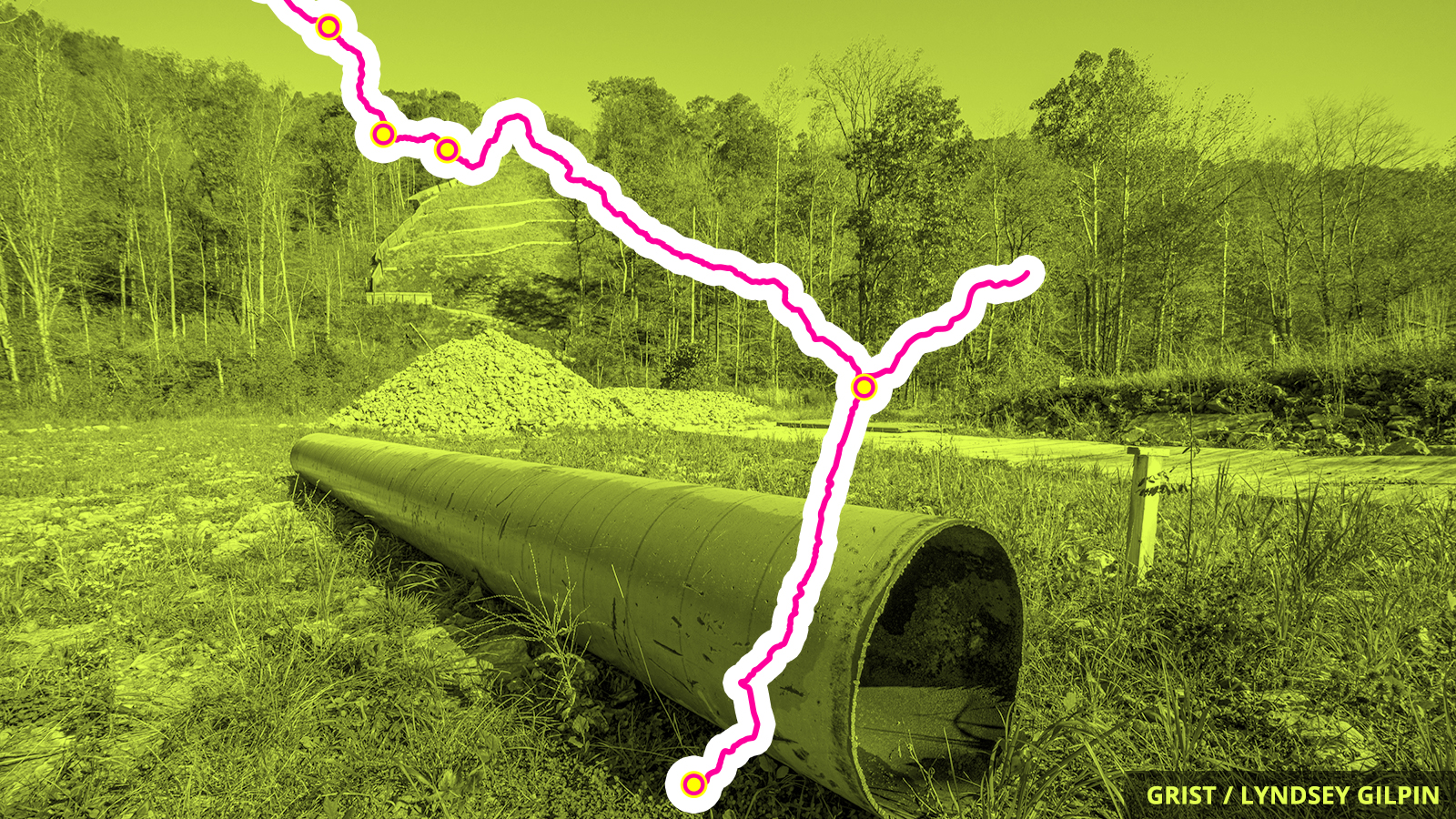 The Atlantic Coast Pipeline, an embattled fossil fuel behemoth that just won’t die, received yet another blow on Tuesday when a federal appeals court overturned one of its necessary permits. If built, the 600-mile pipeline would bring natural gas from the Marcellus Shale region of West Virginia to the Atlantic Coast in southern North Carolina. And as Grist highlighted last month, it would pass through mostly lower-income neighborhoods — but residents and local activists are fighting back.

The rejected permit was for a compressor station that would be built in Union Hill, Virginia, a predominantly black community founded by freed slaves after the Civil War. Compressor stations are loud, earth-shaking facilities that emit formaldehyde and methane and also carry the risk of explosions. Last year, oil and gas lobbyists orchestrated a PR campaign to build support for the pipeline, but many residents saw through it. A local activist group, Friends of Buckingham, challenged the permit, and on Tuesday, the court sided with them.

How many rejections before it’s time to give up? That’s the question now facing Dominion Energy, the majority owner of the pipeline. According to the Southern Environmental Law Center, this is the eighth time in less than two years the project has been burned by a federal court or agency. Another battle awaits the company at the Supreme Court next month, when opponents will challenge the pipeline’s plans to cross the Appalachian Trail.

A new report shows that oil, gas, and petrochemical companies in the U.S. are expected to emit about 30 percent more greenhouse gases by 2025 than the industry did in 2018. The study pointed in particular to a potential increase in emissions from 157 projects that were not operating in 2018, but will likely be up and running by 2025.

The Trump administration said on Tuesday that it would likely veto legislation that would force the EPA to monitor and manage PFAS, cancer-linked chemicals used in many nonstick products and found in many water systems. That’s if it even gets to Trump’s desk. The House is expected to pass the bill tomorrow, but it will have a harder time getting through the Republican-controlled Senate.

Sweltering summer heatwaves in England resulted in almost 900 additional deaths last year, according to a new analysis from Public Health England. The UK’s Committee on Climate Change has estimated that 7,000 people will die each year by 2040 if no action is taken to prevent buildings from overheating.

Shut down coal plants, save lives