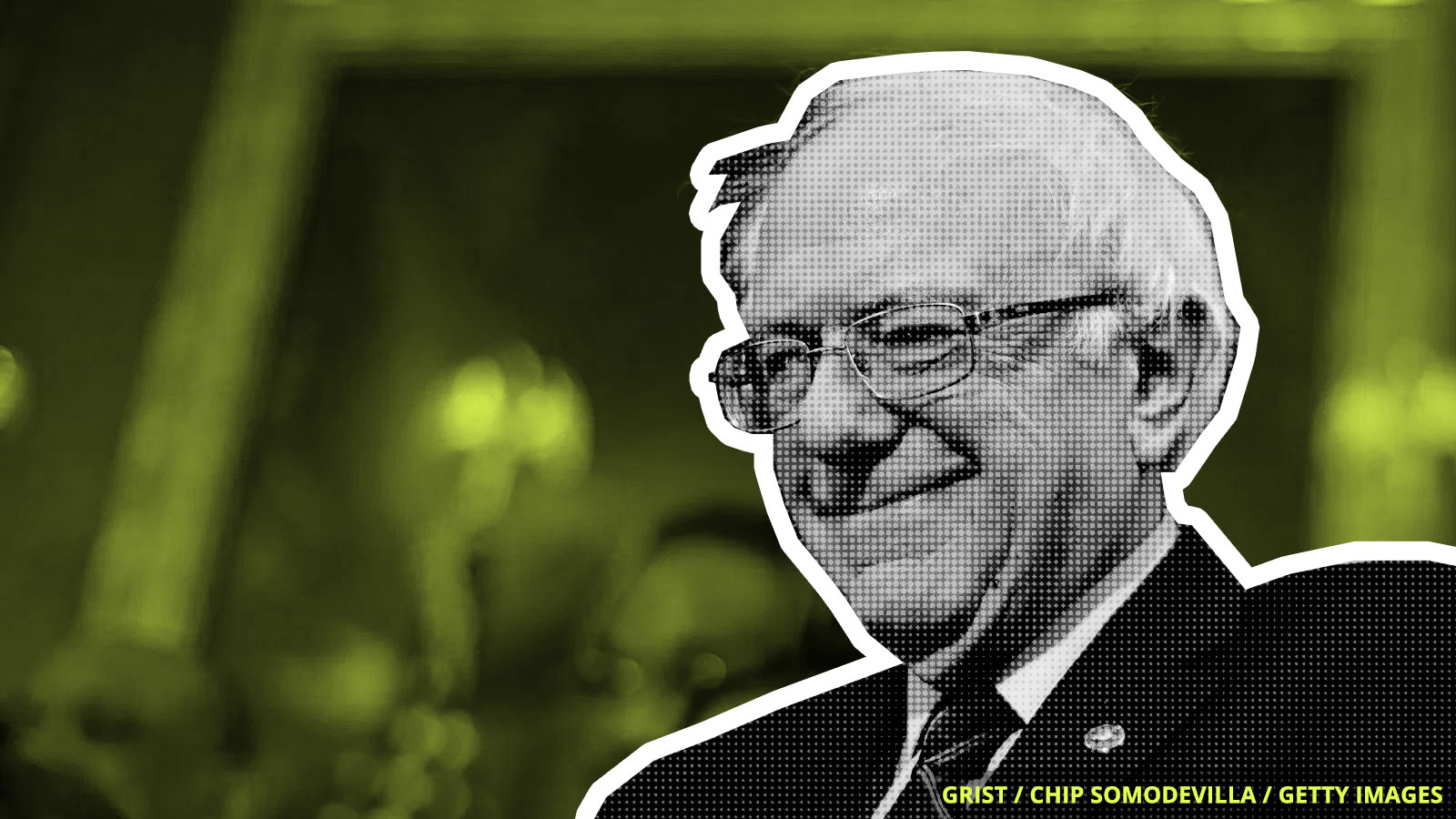 The Democratic politicians vying to face Donald Trump in 2020 are dreaming up a greener world. Already, five senators running for president have signed on as sponsors of Representative Alexandria Ocasio-Cortez and Senator Ed Markey’s Green New Deal resolution, and more 2020 Democrats have expressed “support” for the progressive targets outlined within.

Yesterday, the 2020 field welcomed a familiar face: Senator Bernie Sanders, lover of taxes, hater of billionaires. Sanders’ aides say a Green New Deal will be the centerpiece of his platform. But the 77-year-old isn’t just another Green New Deal bandwagoner.

Looks a lot like the Green New Deal we have all been talking about in recent weeks, hmm? With Sanders — who has called climate change “the biggest crisis of all” — in the field, a robust dialogue on warming is all but certain.

Is a little bit of pollution good for you? Nope, according to the vast majority of public health research. But Trump’s Environmental Protection Agency has latched on to the idea after soliciting input from a controversial Massachusetts toxicologist. That takeaway, which was published in the U.S. government’s official journal, the Federal Register, has experts worried the government will prioritize corporate needs over public health.

The White House is assembling a panel to investigate whether climate change really is a national security threat (as asserted by multiple agencies and experts). Ready for the best part? The panel will be headed up by a firm believer in the benefits of CO2. You really can’t make this stuff up.

A South Carolina river just got an infusion of coal ash. What’s that you say? Coal ash contains harmful heavy metals? Tell that to the Grainger Generating Station, which failed to monitor one of its pumps overnight and ended up accidentally dumping sediment from its coal-fired plant into the Waccamaw River. Whoops!