It’s Thursday, November 5, and Boaty McBoatface is heading for the open seas. 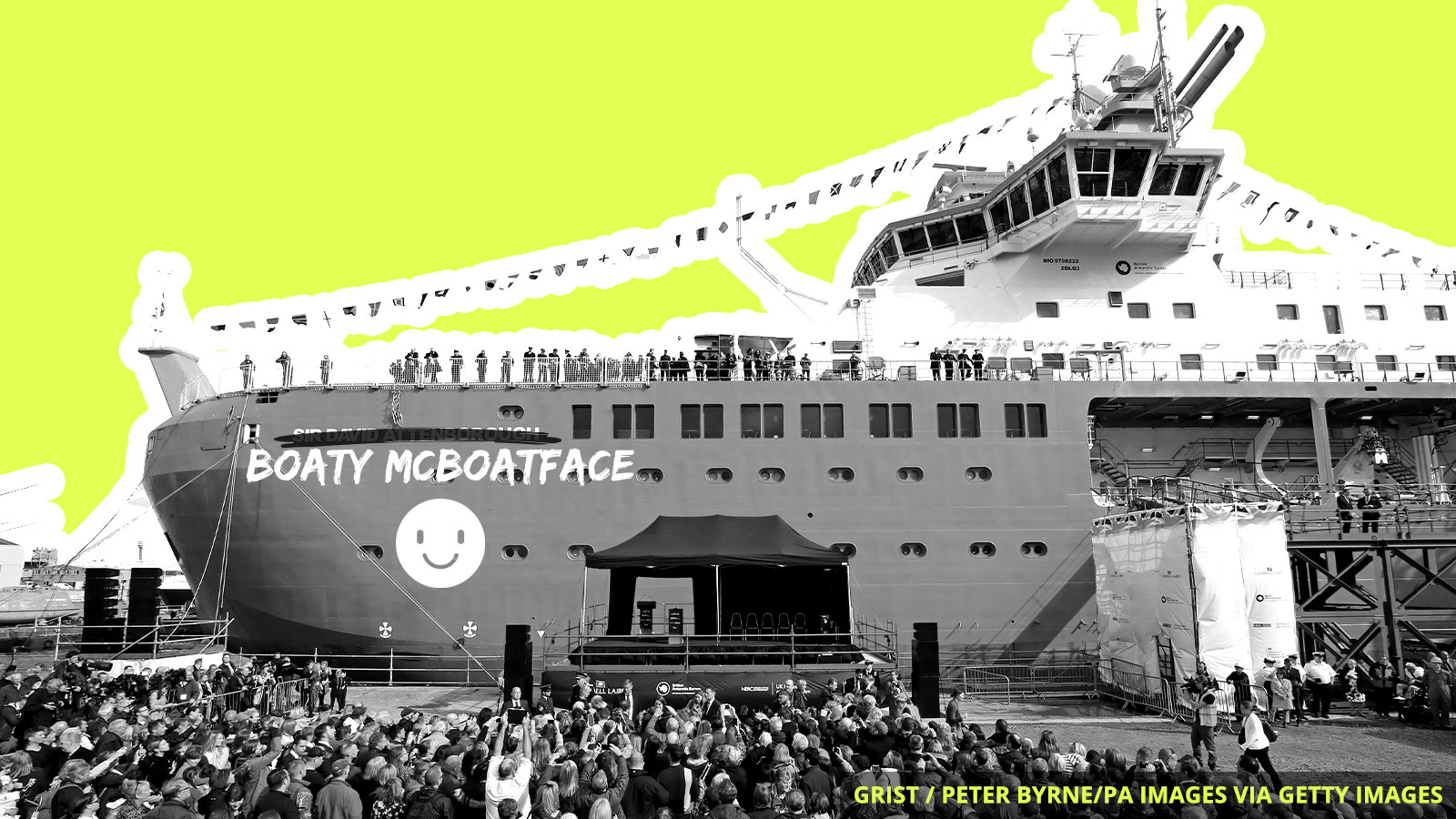 Boaty McBoatface, the noblest climate research vessel to ever grace this earth, is finally setting sail for its maiden voyage.

Officially called the RRS Sir David Attenborough (after the popular BBC naturalist), the United Kingdom’s newest polar research vessel departed from Liverpool on Tuesday for two months of intensive training. Early next year it will sail to the Arctic for ice trials to confirm its seaworthiness, and then the ship will head to Antarctica in November 2021 to conduct climate change research.

The ship’s claim to fame stems from a 2016 online poll encouraging the public to pick a name for the climate research vessel. The poll unexpectedly went viral as the name “RRS Boaty McBoatface” became a frontrunner. In the end, the British Antarctic Survey, the government agency that operates the ship, chose David Attenborough, even though that name did not rank highly in the polls. Either way, the research vessel will always be Boaty McBoatface in our hearts.

A Republican businessman beat a Democratic energy lawyer in a heated race for a seat on the Texas Railroad Commission, the agency that regulates the oil, gas, and coal industries in the state. The Democrat, Chrysta Castañeda, got considerable buzz for her stellar fundraising and commitment to tackling emissions, but she ultimately lost by a whopping 10-point margin, making it unlikely that climate change will factor into the Lone Star State’s energy agenda anytime soon.

A new study says the Great Plains may be in for a repeat of the 1930s Dust Bowl thanks to industrial farming of crops like corn and soybeans. Climate change–fueled drought is exacerbating the situation, creating conditions ripe for more severe dust storms. And Tom Joad is rolling over in his grave.

A colossal iceberg is floating toward South Georgia — not the American state or the Eurasian country, but the sub-Antarctic island and British overseas territory. The iceberg broke off of the Larsen C ice shelf in 2017. Researchers fear the berg will run aground and make it harder for penguins and seals to return to their hungry offspring.