For decades, David Attenborough’s soft, rumbling voice took us on tours of the pristine wilderness. If you watched BBC blockbusters like Planet Earth (2006) or Blue Planet (2001), you would have been excused for thinking that nature was doing better than ever. Birds of paradise flaunted their plumage in New Guinea, wildebeest thumped across the Serengeti plains, and hermit crabs politely and delicately exchanged their outgrown shells.

Lately, however, the 94-year-old British naturalist — who has become synonymous with wildlife shows — has begun to drift away from the classic nature docs, combining the usual shots of majestic, breaching whales with dire warnings about our overheating planet. In his latest film, A Life on Our Planet, Attenborough no longer pretends that the wilderness is out there, just waiting for us to find it. It’s disappearing — and fast.

The hour-and-a-half long doc, released Sunday on Netflix, follows Attenborough’s life from 1937 — when he was just a child — all the way through his decades-long broadcasting career. In a reenactment, we see Attenborough as a boy in high socks, picking through fossils at an abandoned mining site near Leicester, England. In footage from his documentarian days, we see him as a young man, petting a capybara in Australia, and in middle age, lying on the ground in Rwanda, embraced by a group of highly affectionate mountain gorillas.

The footage is a reminder of how Attenborough’s age has become one of his greatest assets. A teenager today wouldn’t remember what the world looked like before half of the world’s animal populations disappeared — or for that matter, what it’s like to live in a stable climate. But Attenborough does. Who better to document the decline of wilderness than a nonagenarian who has chronicled nature for 70 years?

A Life on Our Planet is the perfect antidote for “shifting baseline syndrome,” a phrase coined in 1995 by Daniel Pauly, a fisheries scientist living in the Philippines at the time. Pauly was frustrated by the inability of humans to comprehend the rapid loss of aquatic life. One fisherman might remember his nets teeming with bluefin tuna, while his grandson has never seen a single one. Pauly fired off a quick commentary in an ecology journal, arguing that any given generation of fishers experience the fish stocks of their childhood or early career as “normal,” setting a “baseline” that shapes their reaction to later losses. But as successive generations are born, that baseline shifts downward — eroding understanding of what “normal” really is.

Attenborough’s new film is peppered with grim reminders of how much the world has changed over the course of its narrator’s life. In 1937, when Attenborough was 11 years old, just 2.3 billion people lived on the planet and 66 percent of the world’s wilderness remained. Today, however, the world’s population has more than tripled, wilderness has shrunk to a paltry 35 percent, and carbon dioxide in the atmosphere has shot through the roof. Attenborough has been here, watching the disaster unfold, the entire time.

“Although as a young man I thought I was out there in the wild, experiencing the untouched natural world,” Attenborough says in the film, “it was an illusion. Those forests and plains and seas were already emptying.”

It is perhaps this realization that led Attenborough, in the 10th decade of his life, to move from simple description to policy prescription; from narrating the movements of the world’s few remaining blue whales to calling for action on climate change. In its final half-hour, A Life on Our Planet moves from damning statistics (humans and our domesticated cows, chickens, and other animals account for 96 percent of the Earth’s mammals by weight) to a whirlwind tour of potential solutions. According to Attenborough, we need to rewild the oceans, divest from fossil fuels, convert our energy sources to renewables, go vegetarian, and change how we grow our food. 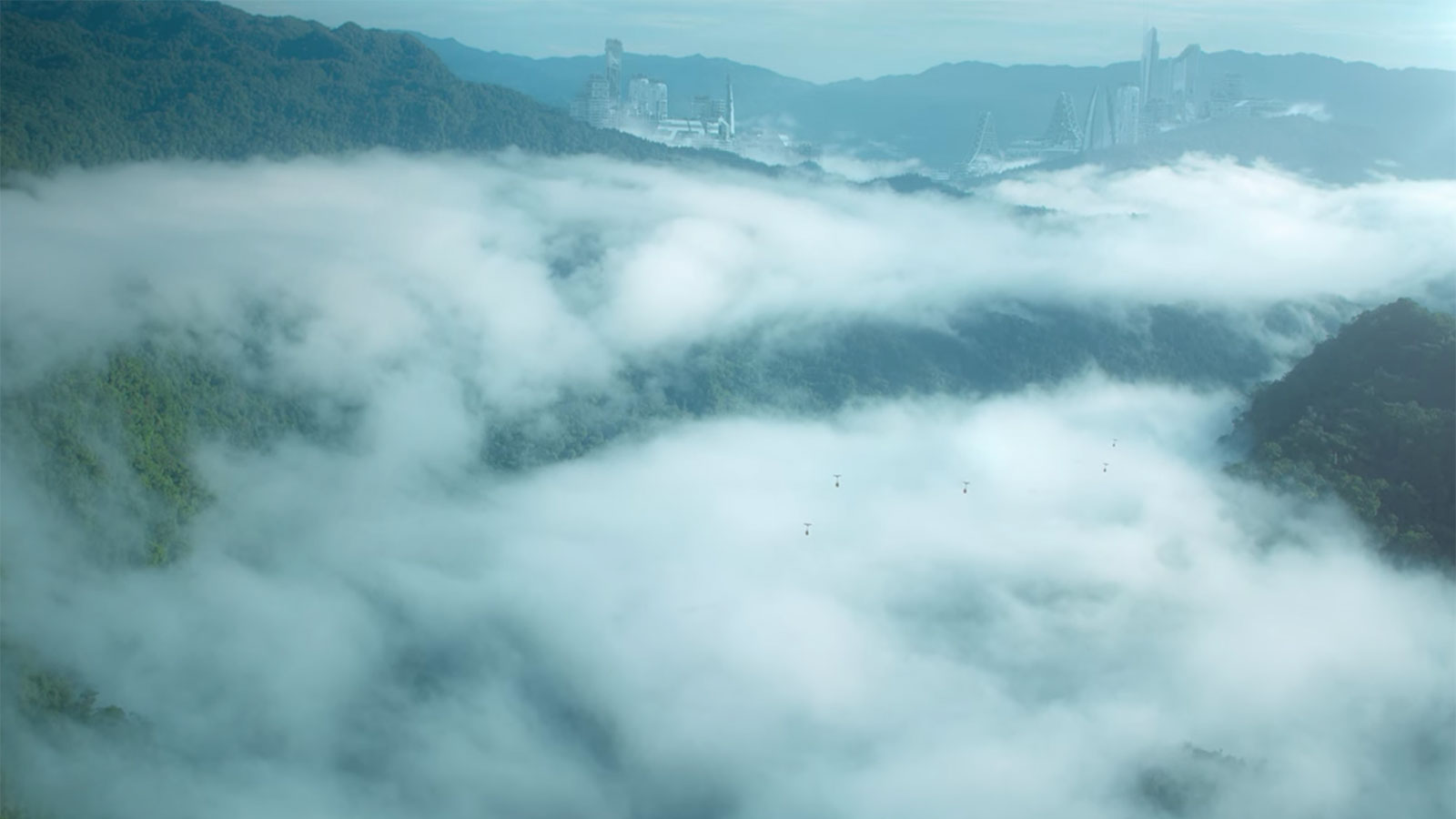 The documentary zooms from hopeful images of the present — glittering solar fields in the Moroccan desert and quiet, lush hydroponic farms in the Netherlands — to speculative visions of the future. In one particularly wild shot, drones lift timber from a mist-covered rainforest, carrying them over the trees to a shimmering city on the horizon which bears a passing resemblance to Black Panther‘s fictional land of Wakanda. In another, bison roam under the blades of gigantic wind turbines.

Attenborough doesn’t really have a plan to get us to this eco-utopia, where the world population has leveled out, countries are run on solar, wind, and geothermal, and many, if not most, of us are vegetarian. And maybe that’s OK. At 94, Attenborough has made dozens of films and connected people around the world to bizarre forms of wildlife that they could only dream of. Now, he’s borne witness to the “story of global decline during a single lifetime” and proposed a better future: It’s up to everyone else to figure out how to get there.