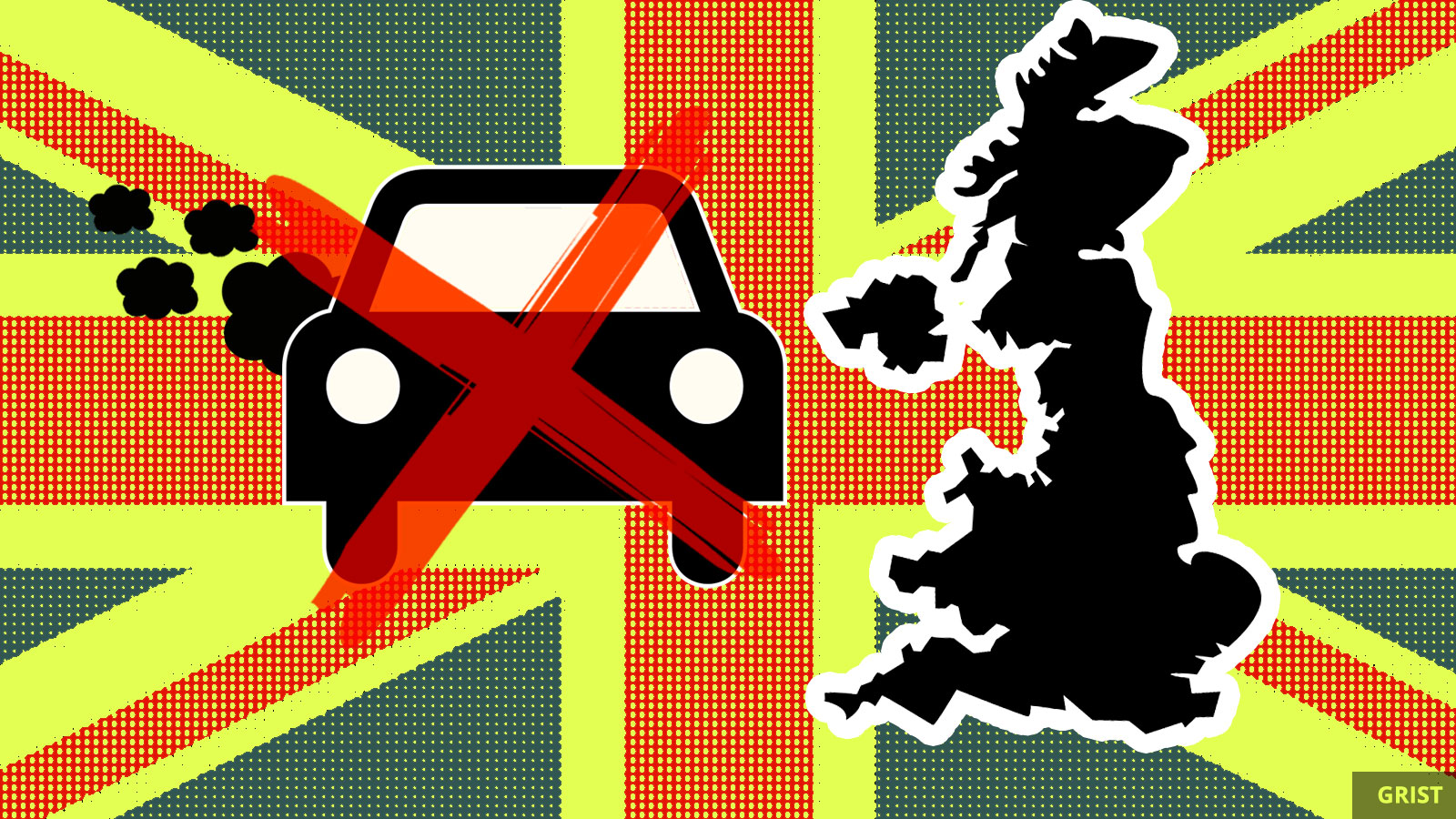 Last week, Britain said goodbye to the E.U. In just 15 years, they’ll be doing the same to gas guzzlers.

By 2035, the United Kingdom will ban the sale of new diesel, gas, or hybrid cars, only allowing the purchase of fully electric and hydrogen cars. In the meantime, the newly separated nation will have to figure out how to ramp up electric car–charging infrastructure, bring down the price of electric vehicles, and deal with the combustion engine scraps sure to pile up as gas-guzzling cars grow obsolete.

The country previously aimed to phase out gas cars by 2040, but that target was bumped forward five years because experts warned that the old plan wasn’t compatible with the U.K.’s plan to reach net-zero emissions by 2050. The 2035 ban is also more stringent, as the previous plan allowed for the continued sale of hybrid cars. Last year, the U.K. became the first major global economy to pass binding legislation aligned with limiting warming to 1.5 degrees C, and this year, it will host the United Nations’ annual climate conference, COP26, in Glasgow.

Prime Minister Boris Johnson said that the U.K. has “a responsibility to our planet to lead in this way” because of Britain’s historic emissions.

We won’t be singing “Auld Lang Syne” when they bid gas cars adieu.

If you missed President Trump’s State of the Union address last night, you really didn’t miss much — concerning climate and the environment, anyway. The president celebrated the extraction boom that has made the U.S. a net exporter of oil, then emphasized his commitment to an international initiative to plant 1 trillion trees worldwide.

The rate at which sea levels are rising along U.S. coastlines is accelerating, according to a new report. The greatest acceleration was along the Gulf Coast, where Grand Island, Louisiana, saw an uptick of nearly 8 millimeters in 2019 — double the global average.

The planet just experienced the warmest January on record, beating January 2016 by just 0.03 degrees C, according to a report from the European Union’s Copernicus Climate Change Service. In Europe, January 2020 was 3.1 degrees C warmer than the average January in the period between 1981 and 2010.