It’s Tuesday, April 6, and a group of airlines is pledging to go net-zero. 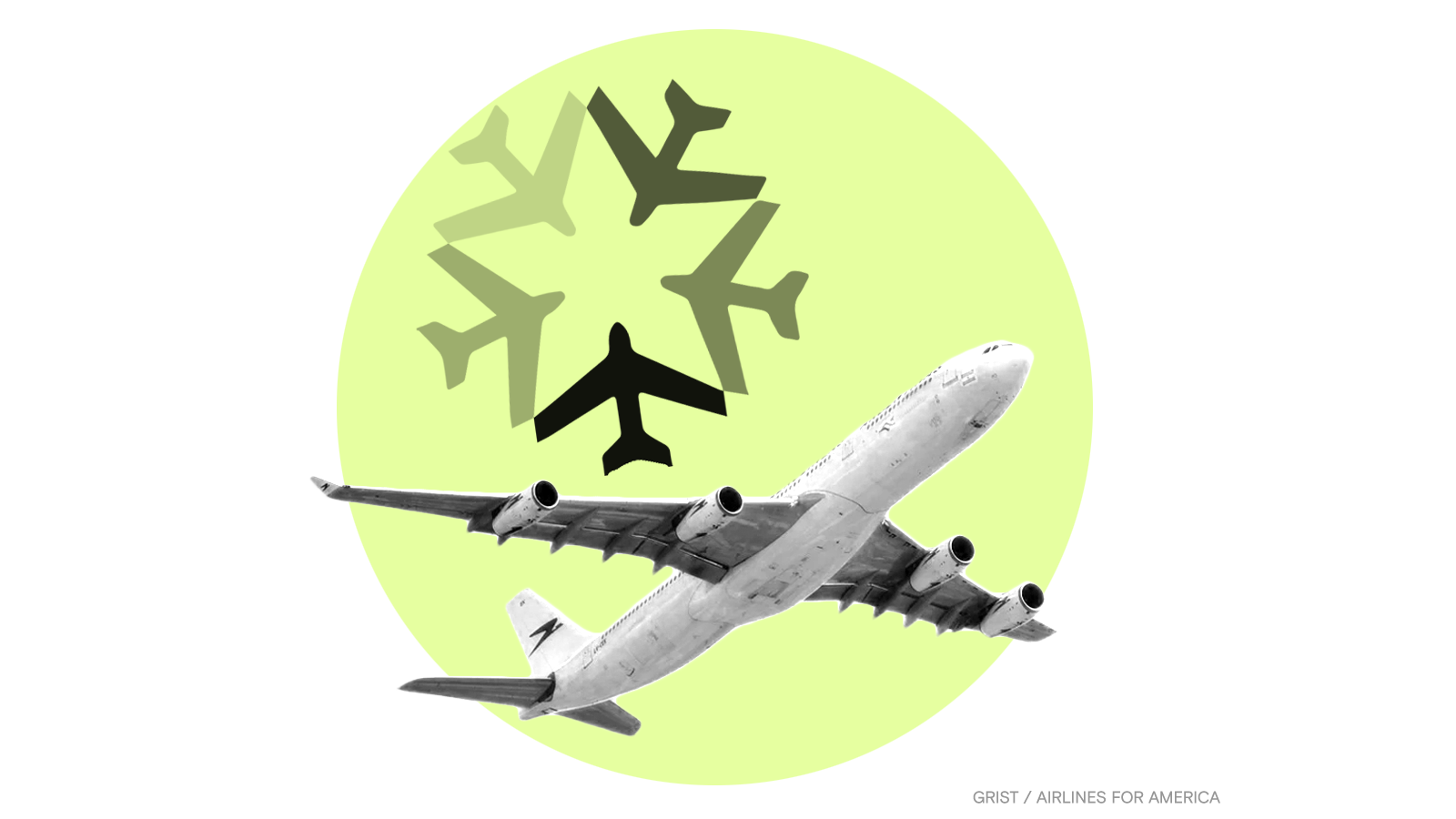 The aviation industry trade group Airlines for America said last week that its 10 member airlines — which include Delta, United, and American Airlines — have pledged to zero out their carbon emissions by 2050, joining several other international airline groups and alliances aiming to meet the Paris Agreement target.

In a report outlining the “flight path” to net-zero, Airlines for America said that it would work with its members and the U.S. government to rapidly increase the supply of sustainable aviation fuel, which can be created from household waste, farm scraps, and animal fats. It also pledged to work to electrify airport ground equipment and streamline the air traffic control system so planes can avoid wasted fuel.

Aviation currently accounts for only about 2 percent of the world’s greenhouse gas emissions, but airline emissions were growing rapidly before the COVID-19 pandemic took its toll on travel demand. And, as the pandemic subsides, experts expect traffic to resume.

It’s hard to say whether Airlines for America will follow through on its pledge, which includes many requests for government support through tax credits and research funding. But it’s an encouraging sign from a sector that urgently needs to cut carbon emissions. “Today, we embrace the need to take even bolder, more significant steps to address this challenge,” Nicholas Calio, the president of the group, said in a statement.

New Mexico and Texas are currently responsible for cleaning up about 7,000 “orphaned” oil wells that fossil fuel companies have left behind — and that number is set to triple in the coming years: Another 13,000 wells are likely to be abandoned by their owners in the near future, according to an investigation by Grist and The Texas Observer, leaving the states with $1 billion in cleanup costs.

Researchers in Hawaii have measured an unsettling milestone in the planet’s warming: For the first time in recorded history, the concentration of atmospheric carbon dioxide has surpassed 420 parts per million, the halfway point between preindustrial carbon dioxide levels and a doubling of that number.

A number of dollar stores have failed to take steps necessary to protect consumers from toxic chemicals in their products, according to a new report. Many of these stores are located in low-income areas and communities of color where residents are already disproportionately exposed to hazardous chemicals from nearby industrial facilities.