It’s Wednesday, July 15, and Burger King is trying to cut the climate impact of its burgers. 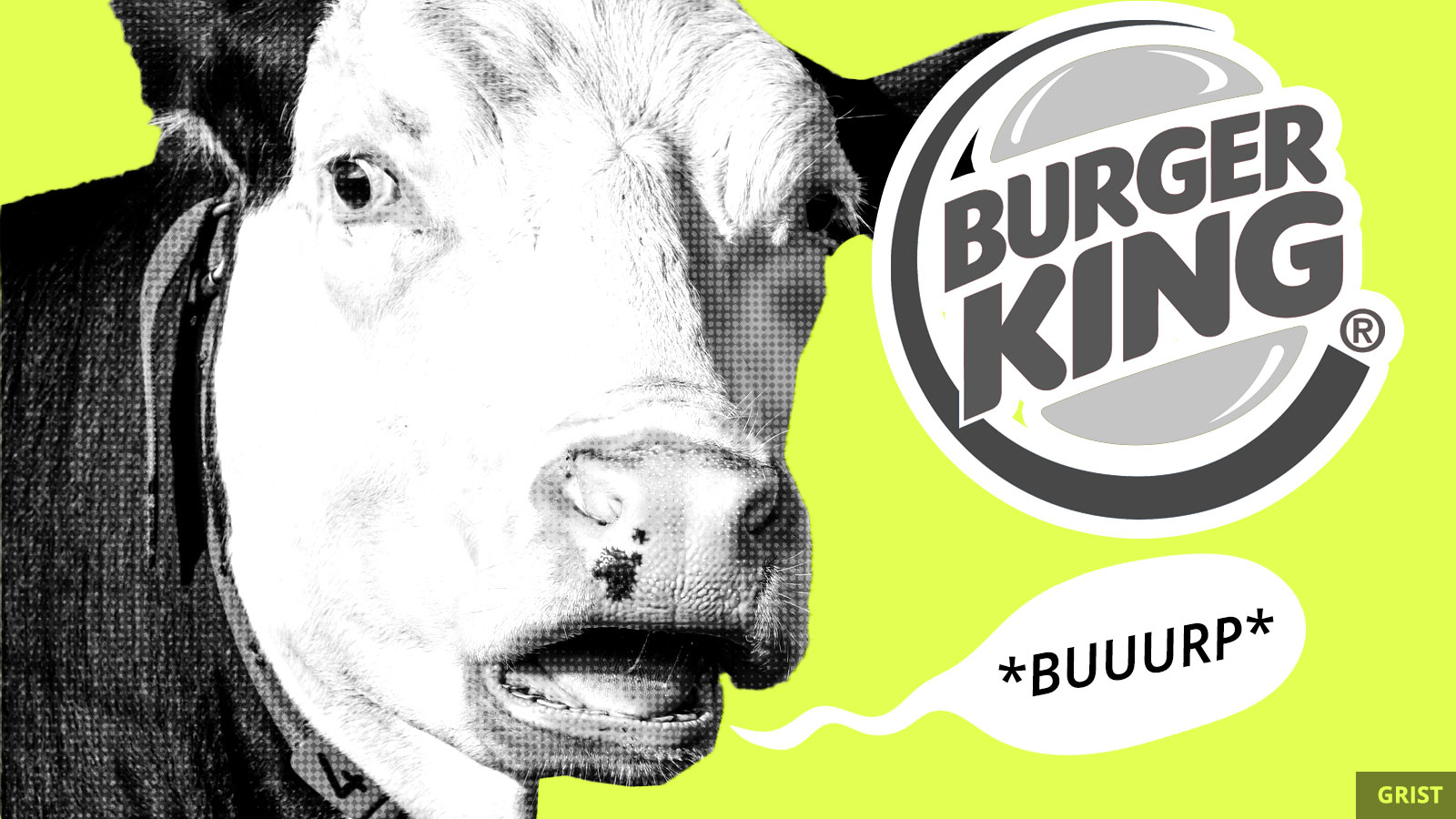 Burger King’s restaurants will be offering the fruits of its initial labor, new “reduced methane emissions beef,” to customers in Austin, Los Angeles, Miami, New York City, and Portland, for a limited time this month. The news exploded onto the internet on Tuesday with a splashy music video starring the Walmart yodeling kid and directed by Michel Gondry.

Livestock are responsible for 14.5 percent of all human-caused greenhouse gas emissions in the world, and the methane emitted when cows burp constitutes 39 percent of that. Through a collaboration with two universities, Burger King said it found that when fed to cows during the last three to four months of their lives, the lemongrass diet reduced their methane emissions by an average of 33 percent per day during that time.

The research hasn’t been peer-reviewed yet, so that claim is still pending. And since Burger King has never disclosed its overall climate impact, there’s no way to gauge whether its low-methane burger could move the needle. But the company is at least admitting it’s a part of the problem, and helping to fund real solutions.

Methane emissions have hit a new record high thanks to a combination of agriculture and fossil fuel combustion, according to two studies released on Tuesday. Methane traps 86 times as much heat in the atmosphere as CO2, and unabated emissions could contribute to a scenario of 3 to 4 degrees C (5.4 to 7.2 degrees F) of global warming.

Coastal flooding is on the rise in the U.S. due to climate change and rising seas, according to a new report by the National Oceanic and Atmospheric Administration. In 2019, 19 locations along the East and Gulf Coasts set or tied new records for high-tide flooding; by 2050, coastal communities are projected to experience 25 to 75 days of high-tide flooding annually.