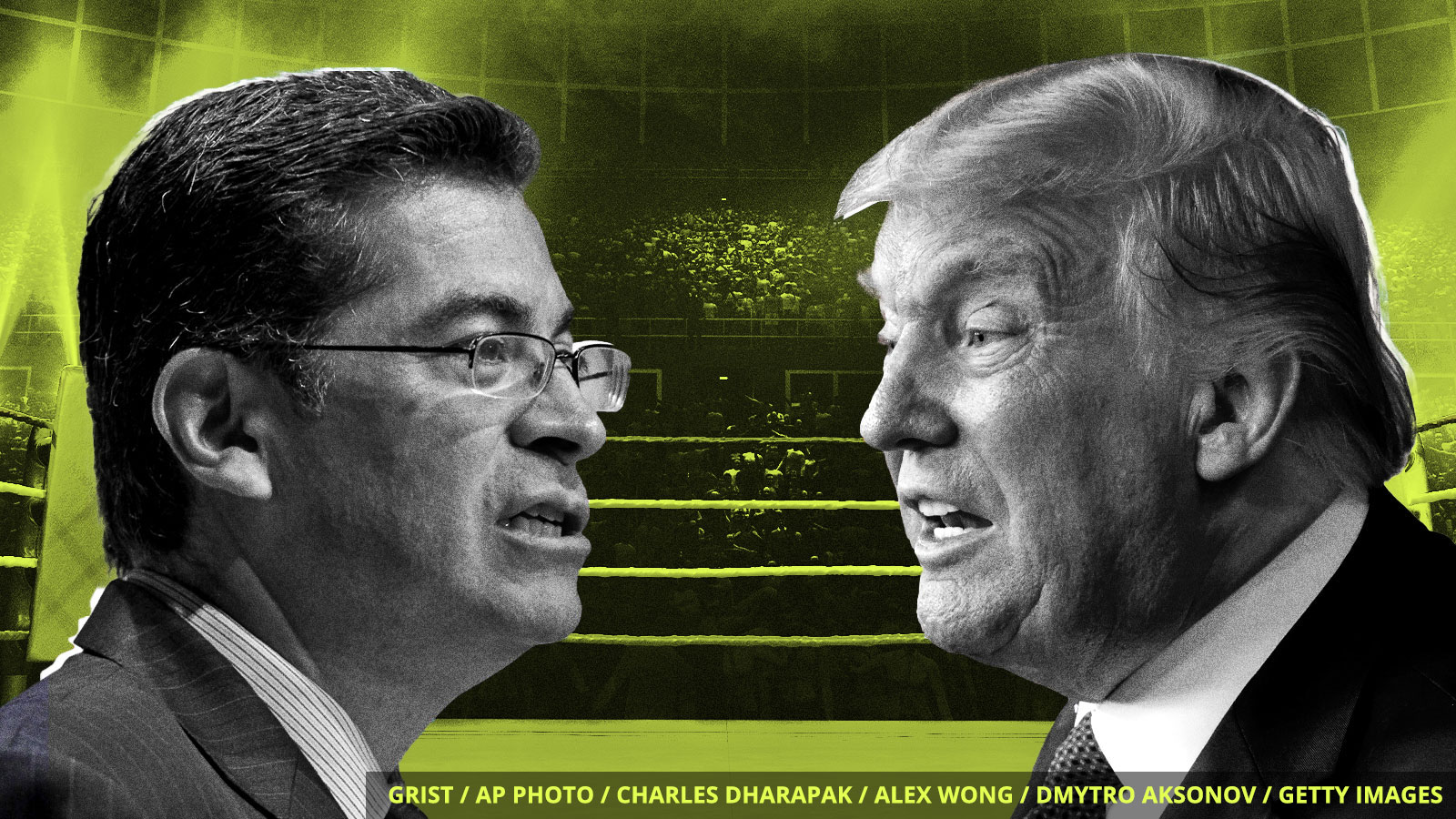 Environmentalists fumed in July when the Trump administration’s Council on Environmental Quality announced its final revision of the National Environmental Policy Act. The law, better known as NEPA, forced federal agencies to conduct environmental assessments to ensure new projects — like pipelines, airports, and highways — would not affect communities already overburdened by environmental hazards.

In response to the new rule, environmental advocates promised legal challenges. And one lawsuit arrived Friday when California Attorney General Xavier Becerra announced that his office is suing the Trump administration for the 100th time in less than four years.

Becerra and Washington Attorney General Bob Ferguson are leading a coalition of 23 attorneys general representing states and territories as far west as Guam and all the way east to the District of Columbia. The goal, Becerra said: halt the administration from actually implementing the NEPA revision.

NEPA has long been used as a legal tool by grassroots environmental advocates who are fighting projects that would add new environmental hazards to their neighborhoods. These advocates say Trump’s new rule will allow major industrial projects to proceed without adequate consideration of existing pollution burdens or disclosure of new harmful impacts to surrounding communities.

“If you’re able to cut corners, to take shortcuts, the folks who are going to get left behind are the folks who are already struggling just to stay on the margins,” Becerra said. “And so no doubt that for vulnerable communities, this Trump rule change would be, not just harmful, but I think, devastating.”

On Monday, the Environmental Protection Agency finalized a rollback of Obama-era regulations on coal-fired power plant waste. The revised rule reduces the kinds of wastewater treatment technologies power utilities need to install to protect nearby bodies of water and exempts some companies from having to mitigate water contamination altogether. Environmental groups say the new standards could have toxic consequences for more than a million Americans.

The U.S. Forest Service proposed a rule on Monday that would limit its own ability to ensure that Bureau of Land Management’s leases to oil and gas companies on national forest land meet the service’s internal environmental standards. The rule would also do away with Forest Service policy that requires public notice ahead of new oil activity.

Also on Monday, the U.S. Fish and Wildlife Service said it would not designate critical habitat for the rusty patched bumblebee, the first bee species in the continental U.S. to make the endangered species list. The agency said the bumblebee could survive without the aid of protected habitat, even though its population has declined 90 percent over the past 20 years.