It’s Friday, August 16, and candidates are talking about farmers and climate change. 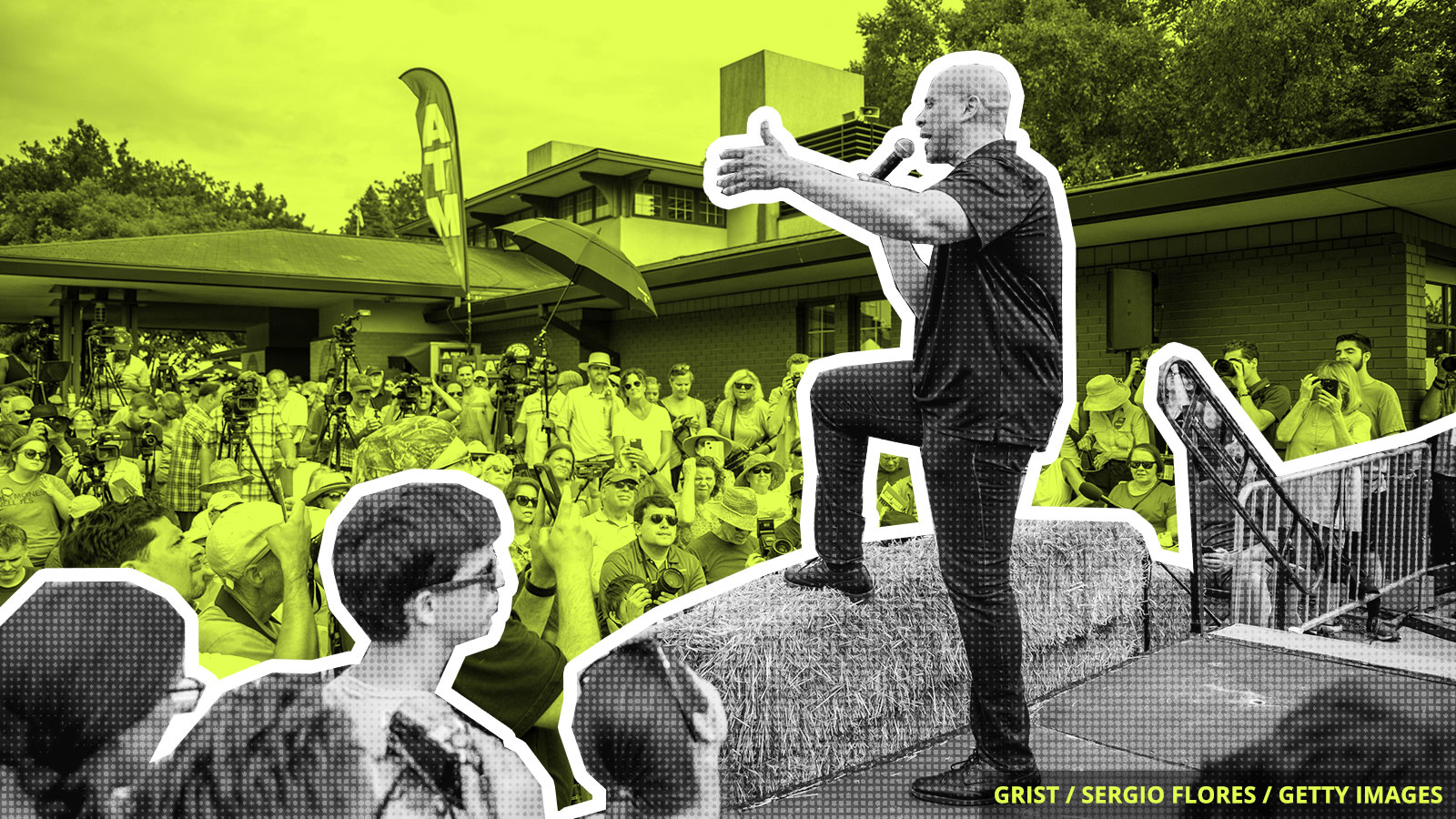 Remember when Ohio Congressman Tim Ryan mentioned regenerative agriculture in the last round of debates? No? Well, he did, and Ryan’s not the only candidate harping on the role agriculture can play to stem the climate crisis. The subject has been a hot topic among 2020 Democratic candidates campaigning in Iowa in recent weeks.

“Climate change is not happening in a hundred years, it’s happening right now,” Senator Amy Klobuchar told a crowd at the Iowa State Fair. “We can do a lot with soil and conservation.”

Senator Kirsten Gillibrand told attendees that “rural America can lead the way on how we tackle climate change.”

Presidential contenders aren’t just talking about the connection between agriculture and the climate at state fairs. Around half of the Democratic candidates have released policy platforms or statements aimed at protecting growers from climate consequences, using farming as a tool to mitigate emissions, or both.

Many farmers were hit hard by a double whammy of President Trump’s tariffs and disastrous flooding this spring. Looks like Democrats are trying to show Republican-friendly farmers that they could have a home on the Left.

The U.S. Department of Agriculture is supposed to use the “latest available science” to help the country’s farmers mitigate risks of losing crops in the event of a disaster, according to its own mission. But last year, the agency decided not to promote an alarming study that showed the climate crisis could lessen the nutritional value of rice, a major U.S. export.

Australia’s largest city is going through its water supply at the fastest rate on record. Sydney has been experiencing one of the worst droughts in history, with dams expected to deplete to just below half maximum capacity. At the city’s current rate of consumption, discounting the limited weekly rainfall in the region, its dams will only have enough water reserves for another two years, according to data.

Remember when we experienced the hottest June in history? Well, the National Oceanic and Atmospheric Administration just confirmed that July set a new global record for the hottest month measured since scientists started keeping track in 1880.