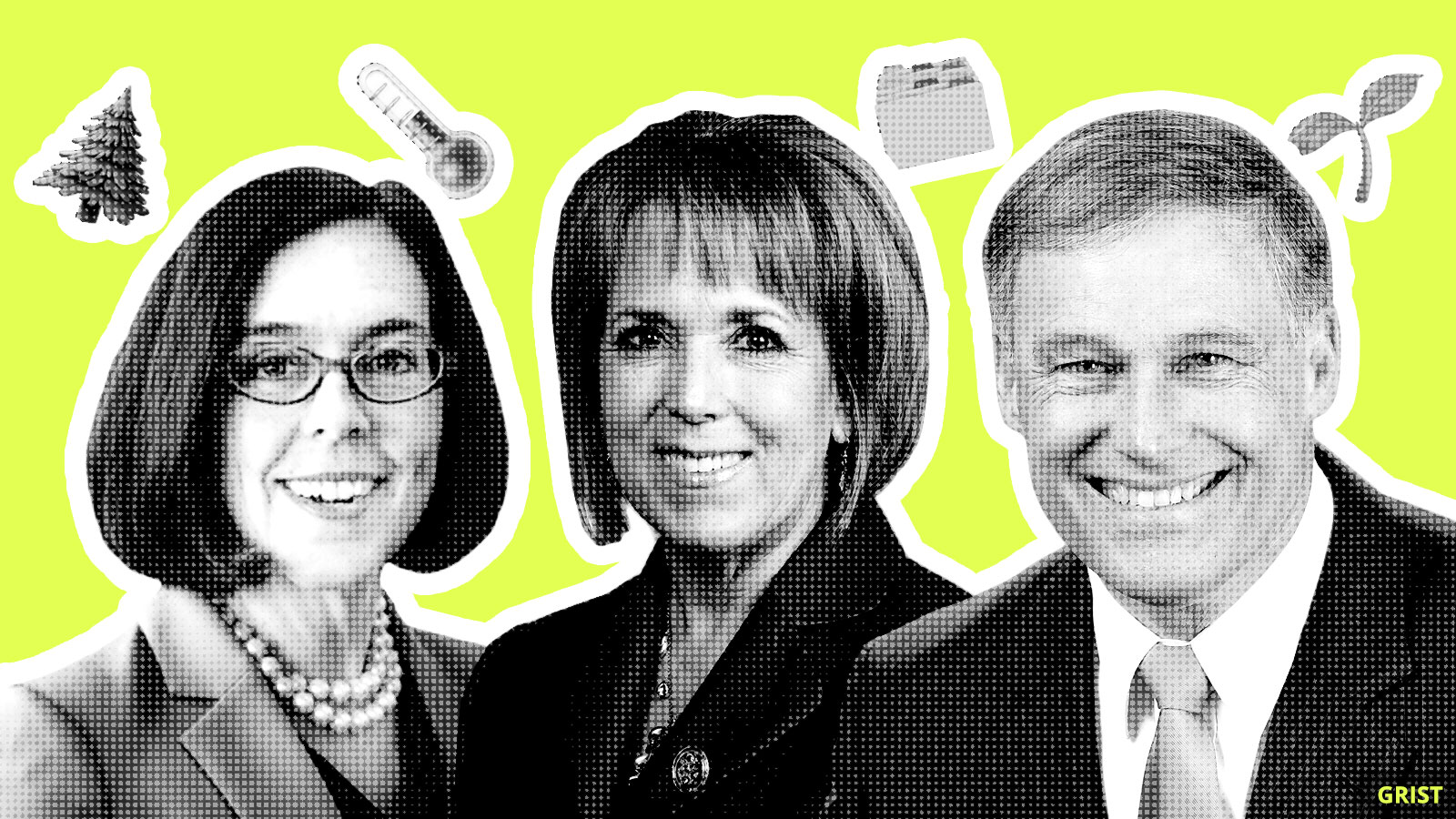 Remember that blue wave everyone was talking about these past midterm elections? Well, it started out as a trickle, but developed into something of a tsunami. Some of those newly elected and re-elected Democrats are governors, and boy are they ready to get started on averting this whole climate change thing.

Oregon Governor Kate Brown is taking a cue from California and championing a cap-and trade-program that aims to bring down greenhouse gas emissions over a span of three decades. “We are very committed to tackling global climate change,” she said. Right next door, Washington Governor Jay Inslee told The Hill that he’s ready to start in on climate legislation again. He suffered a big setback in the midterms when the state’s carbon pricing scheme failed (again!). Nevertheless, Inslee persists.

The Pacific Northwest is home to Grist HQ, but it’s not the only region when governors are taking the climate reins. New Mexico’s new Governor Lujan Grisham says she wants to make so much renewable energy that her state can sell extra watts to California. You might remember Grisham as the candidate whose midterm political ad featured her standing on top of a 265-foot wind turbine.

See? Trump may be headed in the wrong direction, but these governors show they’re willing to go to great heights to combat climate change.

The United States is slowing down progress at the global climate summit in Poland by refusing to endorse the U.N.’s blockbuster report on the devastating consequences of even 1.5 degrees Celsius warming. Without consensus on the report, negotiators say it’s unlikely that talks can be concluded by their deadline on Friday.

Joe Manchin will become the top Democrat on the Senate’s Energy and Natural Resources Committee. Critics worry the West Virginia politician, who has accepted $750,000 in donations from the mining industry and $419,000 from oil and gas firms, is a little too coal-friendly for the position.

The Trump administration plans to allow oil exploration in Alaska’s Arctic National Wildlife Refuge, despite an internal memo from the U.S. Fish and Wildlife Service that states the move could endanger polar bears. The memo, which was obtained by Mother Jones, means the government may have to adjust their plans as environmental advocates prepare to sue over laws that require the bears’ welfare to be considered.