It’s Thursday, April 23, and Citigroup is planning to break up with the coal industry. 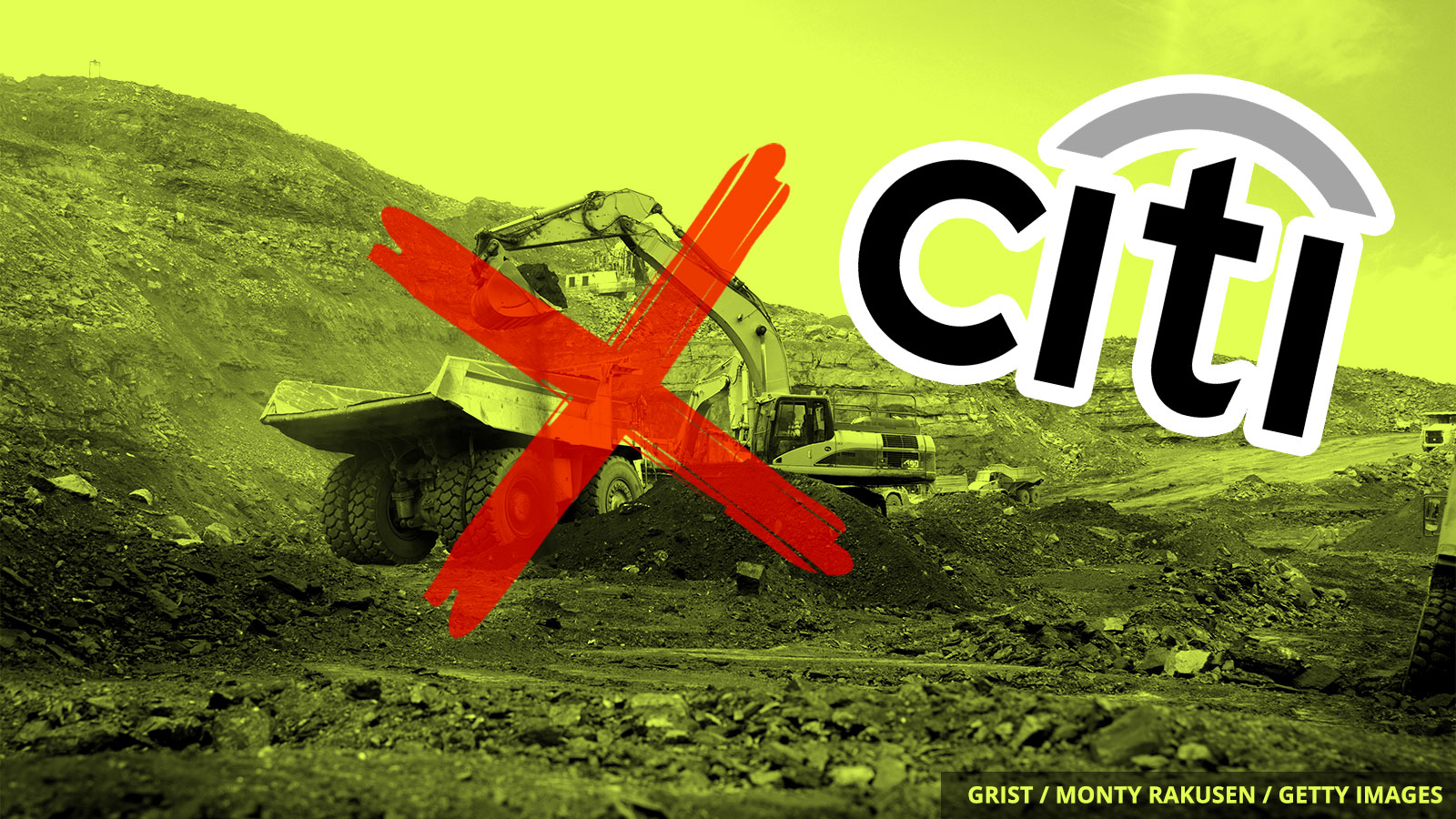 Citigroup vowed this week to ramp down financing for thermal coal-mining companies, in recognition that “emissions from fossil-fuel sectors in particular must be drastically reduced in the coming decade.” By 2030, the bank plans to stop lending to the industry entirely.

In addition, Citi also plans to stop providing financial services for coal mines and coal-fired power plants, even in developing countries. Last week, the bank updated its environmental and social policy framework to include the new targets along with a commitment not to fund oil and gas exploration and production in the Arctic, though the company hasn’t provided such financing in the past.

This isn’t the first time Citi has pursued a green image. Last year, the New York–based company filled its first-ever role of chief sustainability officer and met a goal of financing $100 billion of activities and programs addressing climate change.

The Sierra Club pointed out that Citi’s new commitments are silent on fracking and tar sand extraction but celebrated the Arctic drilling announcement as a win. “The dominoes continue to fall, and now four of the top six American banks have recognized that Arctic drilling is a toxic investment to be avoided,” said Ben Cushing, a campaign representative for the environmental group, in a statement.

A Washington Post investigation found that Facebook ads calling for protests against stay-at-home orders are being financed by a network of right-wing people and organizations. Some of these activists are associated with the Koch and Mercer families, which have long funded anti-science and anti-climate efforts.

Fracking in the Permian Basin, the reservoir of natural gas beneath parts of Texas and New Mexico, is producing twice as much methane as federal estimates indicated, a study published Wednesday in Science Advances shows. Nationwide emissions of the potent greenhouse gas could rise further during the oil price crash because companies might neglect leaky infrastructure, relax their environmental protocols, or flare natural gas to get rid of it.

More than half of the $8 billion in federal coronavirus relief funds designated for tribal governments could go to Alaska Native Corporations, which are for-profit entities that generate revenue from oil and gas developments, among other things. Six tribes filed suit against Treasury Secretary Steven Mnuchin last week to stop the transfer of funds.