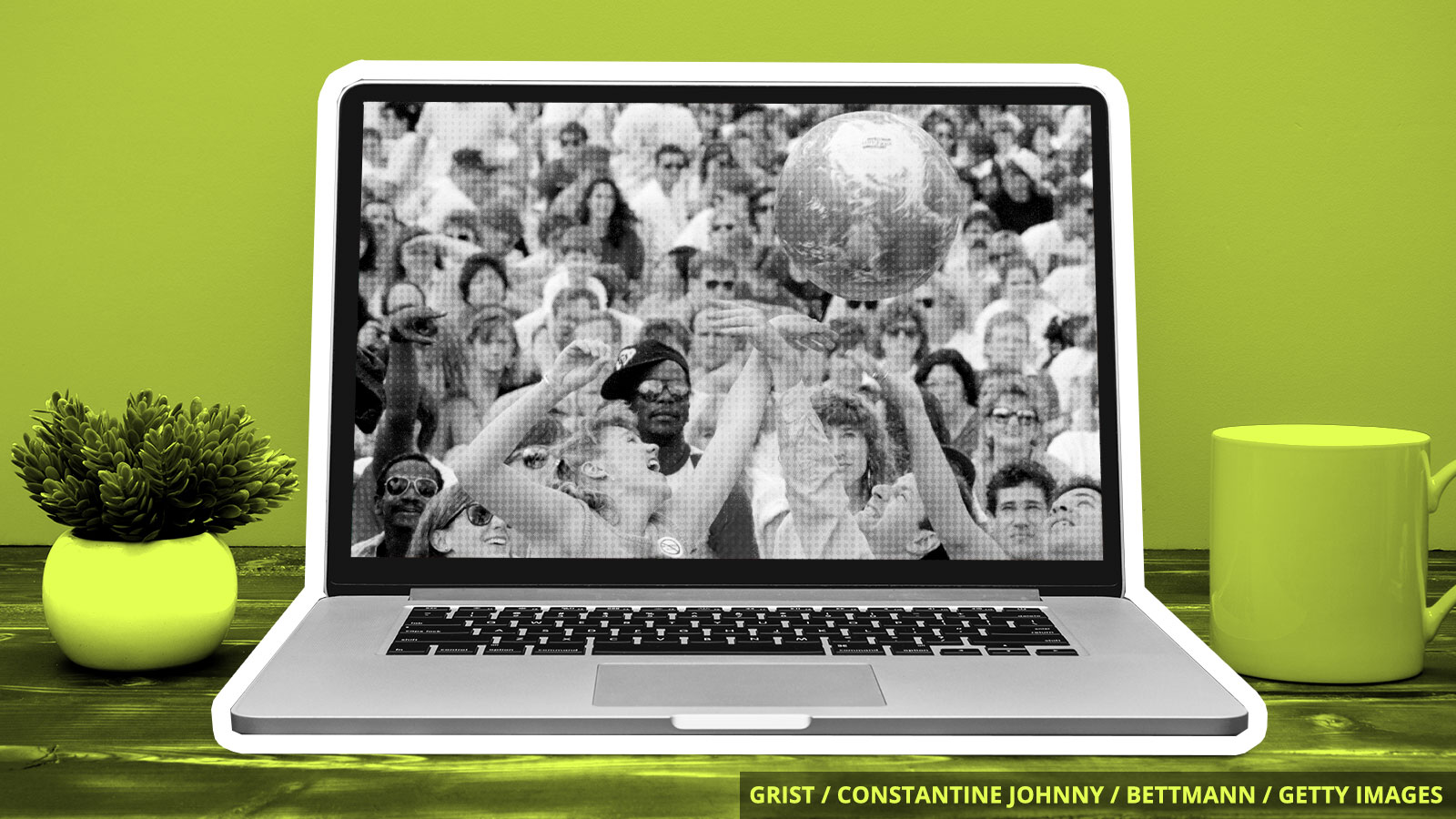 Nobody puts Earth Day in a corner. That’s why activists — who had initially planned on marking the day with worldwide marches and rallies — are celebrating the event’s 50th anniversary online this year.

Instead of taking to the streets, groups like the Earth Day Initiative and the US Climate Strike Coalition are taking to the internet to mark the occasion responsibly during the COVID-19 pandemic. Earth Day Initiative’s all-day livestream features big names like Al Gore, Elizabeth Warren, and Bill Nye. The climate strike coalition’s three-day event, dubbed Earth Day Live, includes “national,” “local,” and “global” livestreams, so viewers can tune into what’s happening all over the planet, from the micro level to the macro.

Grist’s Kate Yoder writes that this year’s celebrations are reminiscent of the first ever Earth Day on April 22, 1970. On that day, “an estimated 20 million Americans — 10 percent of the country’s population — took to the streets,” she writes, partly motivated by anger against anti-environment politicians in Congress. This year, a similar sentiment may be building in the American public, Yoder writes, citing the upcoming presidential election and recent polling that shows voters becoming more climate-conscious.

“To me,” the Earth Day Initiative’s executive director John Oppermann told Grist, “it looks like such a perfect storm moment, really similar to that perfect storm that existed around that first Earth Day in 1970.”

The National Oceanic and Atmospheric Administration projects that 2020 will be the warmest year on record. Despite the coronavirus pandemic, the amount of carbon in the atmosphere continues to climb, and the first quarter of this year was the second-hottest since record-keeping began in 1880.

A coal company with links to former Environmental Protection Agency Administrator Scott Pruitt has been awarded $10 million in loans from a federal program intended to rescue small businesses from the coronavirus economic downturn. The loans are intended for businesses with fewer than 500 employees; the company, Hallador Energy, has almost 800.

The Trump Administration has finalized a controversial new definition of “Waters of the United States” which determines which streams, marshes, and wetlands deserve protection under the Clean Water Act. Environmental groups and several states will likely sue over the rule, which they argue doesn’t go far enough to protect waterways from pollution.