It’s Thursday, July 11, and universities around the world are declaring a climate emergency. 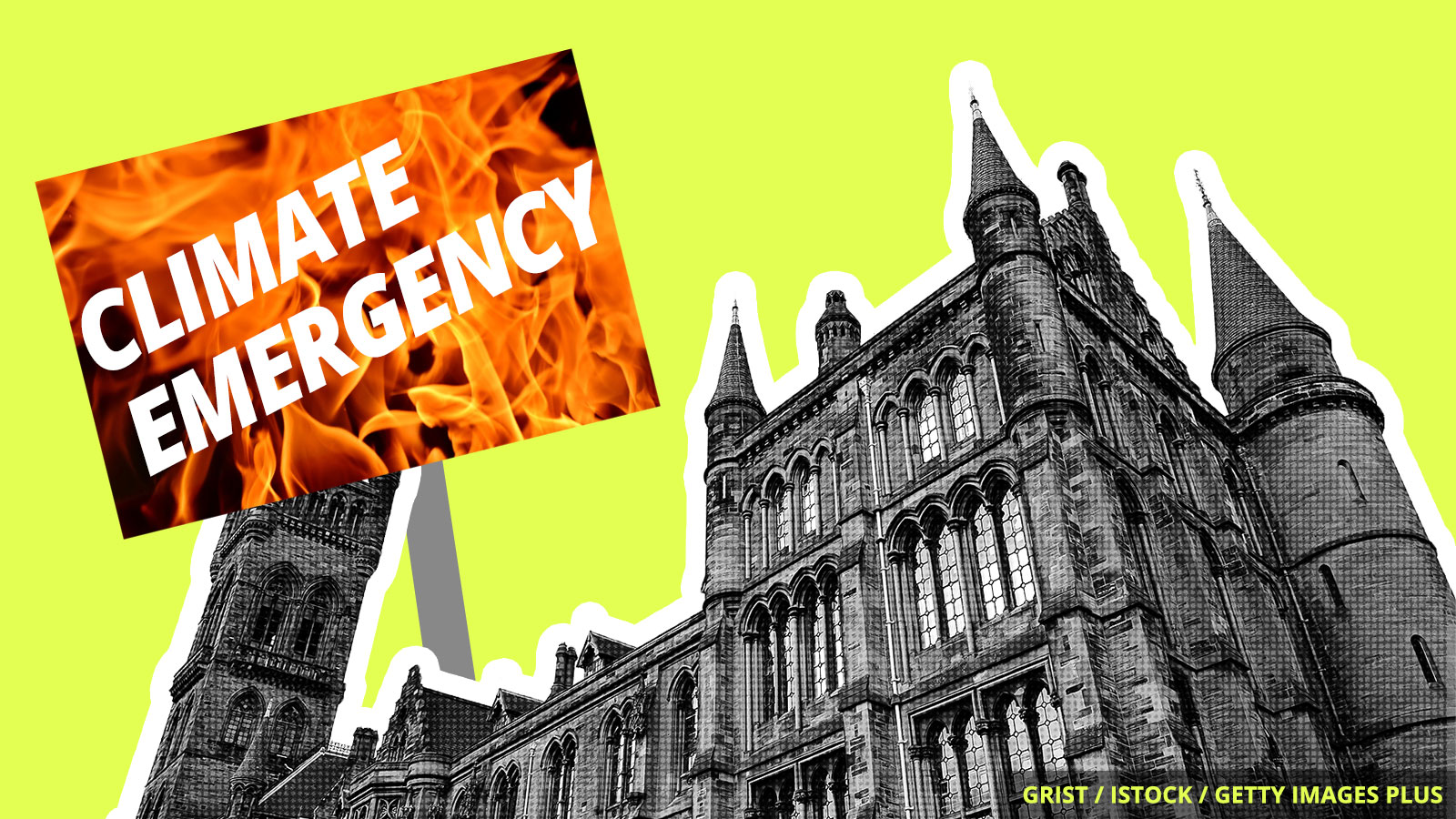 Networks representing more than 7,000 institutions offering post-secondary education declared a climate emergency on Wednesday, releasing a three-point plan aimed at addressing the crisis. The California State University system, Southern Connecticut State University, and the University of Glasgow in Ireland are just a few of the many universities or colleges that joined the effort.

What’s the point of such a declaration? It’s basically a way to announce a commitment to going carbon neutral and adopting good sustainability practices. It doesn’t mean much without an actual plan in place that dedicates more resources to the problem and puts actual emissions reduction targets in place. Luckily, these universities and colleges did their homework.

Here’s what they propose:

Some members of the U.S. Congress are also into the idea of declaring a climate emergency. This week, Representative Alexandria Ocasio-Cortez joined Bernie Sanders and others to introduce a climate emergency resolution. Right after that resolution was introduced, 450 elected officials from across the U.S. called for a nationwide plan to address the climate emergency, phase out fossil fuels, and increase production of renewable energy. Progress!

Frequent flooding is in America’s future due to sea-level rise and abnormal weather patterns, according to a government report published Wednesday. “Flooding that decades ago usually happened only during a powerful or localized storm can now happen when a steady breeze or a change in coastal current overlaps with a high tide,” according to the report by the National Oceanic and Atmospheric Administration.

Southeast Louisiana is bracing for Tropical Storm Barry, which may turn into a Category 1 hurricane before hitting land. The storm is expected to test the improvements made to New Orleans’ storm defenses after Katrina, and the already swollen Mississippi River is predicted to rise to the tops of some of the levees. Hours of rain could cause more flash floods like the ones seen there Wednesday.

The White House has said President Trump would veto a current version of a military spending bill because it includes funds for extensive cleanup of PFAS, toxic “forever chemicals,” from water near military bases. Trump reportedly thinks the $2 billion goes too far. “I invite him to drink, bathe, or swim in some of the water our communities do,” said Rep. Debbie Dingell from Michigan.

Trump’s barking up the wrong industry