AOC, Bernie and … Blumenauer? Who's the third politician behind the call for a climate emergency? 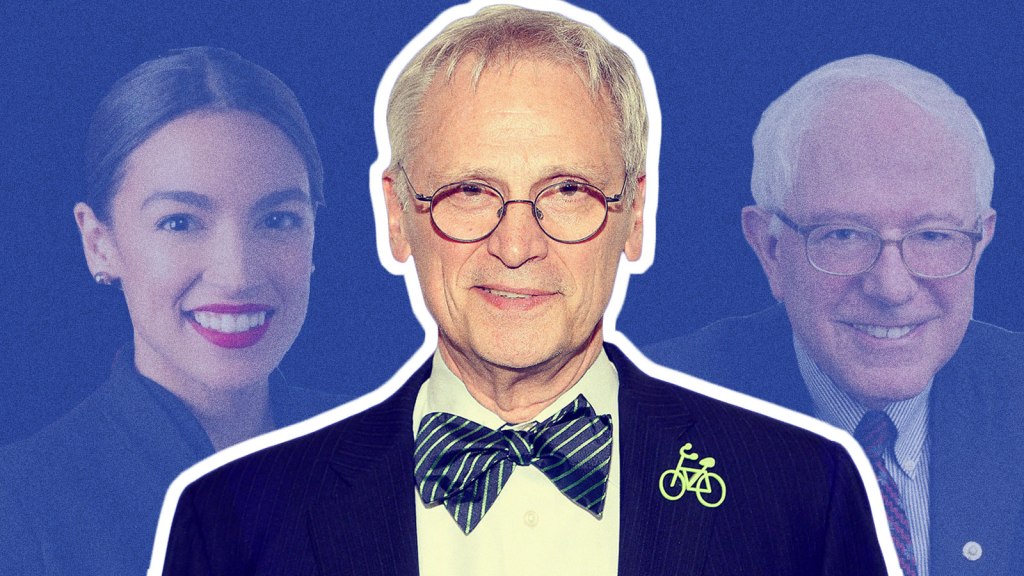 AOC, Bernie and … Blumenauer? Who’s the third politician behind the call for a climate emergency?

When Alexandria Ocasio-Cortez and Bernie Sanders announced earlier this week that they were introducing a new resolution for the U.S. to declare a climate emergency, no one was really surprised. After all, the freshman representative from the Bronx and curmudgeonly 2020 presidential candidate are two of the biggest names behind the idea of a federal Green New Deal.

But Sanders and Ocasio-Cortez were not alone in calling for a climate emergency declaration. They were joined by a third politician: Oregon Rep. Earl Blumenauer.

While green activists nationwide seem to be on a first-name basis with AOC and Bernie, Blumenauer isn’t that well known outside his region. But the Democrat is arguably the mastermind behind the resolution — he began crafting his plans to propose a national climate emergency back in February, shortly after President Trump declared his much-panned, wall-justifying “national emergency” at the southern border.

That's why I'm introducing a resolution to declare a national emergency on the climate crisis.

The resolution, which Blumenauer, Ocasio-Cortez, Sanders and several grassroots organizations formally introduced on Tuesday, is a largely symbolic move that declares a national climate emergency to “halt, reverse, mitigate, and prepare for the consequences” of the climate crisis and to restore the planet for future generations.

Although his name might not appear in many headlines about the newly proposed climate emergency declaration, Blumenauer’s inclusion as one of the resolution’s big three is a reminder that climate action isn’t just about celebrity power. Environmental policy change often starts with the grassroots, local and state levels. To follow the climate movement’s momentum, politicians like Blumenauer and the districts they represent are also ones to watch.

And for those paying attention, it’s clear Blumenauer is no climate slouch. He spent two years on House Speaker Nancy Pelosi’s climate change special committee, where he met several leaders who also felt strongly about the climate emergency. At the national level, he wrote the agricultural piece of the Green New Deal. In his home state of Oregon, he championed a slew of policies for the climate and the environment such as energy conservation policies, protecting public lands, cleaning Superfund sites, and his famous Food and Farm Act — which offered policies to reform conservation programs and better the lives of farmers and the environment.

Another fun fact: Blumenauer is a bit of a bicycling nut. No really. The guy founded the Congressional Bike Caucus in 1996, which led to the annual National Bike Summit. In Portland, he launched a bike program that transformed the city to an intense “bike town.” I mean, a new bike and pedestrian bridge is set to be named after him. All in the name of reducing carbon emissions at a low-cost. And believe it or not, he’s one, if not the only politician, who would still show up to meetings and press interviews in and out of the capitol with a bicycle.

Blumenauer has been an incumbent since 1996, but this year he may be up for a heated primary for the state’s 3rd Congressional District. He will face at least two challengers, including Albert Lee, 44, a member of the Oregon chapter of the Democratic Socialists of America. Lee recently told The Portland Tribune that he doesn’t think the climate crisis is really being addressed by Blumenauer and the Congress.

“When we look at our current composition in Congress, we don’t have a lot of good ideas out there,” Lee said. “I think there are different ways to get to consensus.”

Just a few weeks ago, Oregon state Republicans went into hiding to avoid voting on a climate bill. “It was extraordinarily frustrating,” Blumenauer said. But amid the climate chaos, he appears to be hopeful that Oregon will come back. “This is not the last word.”

So the next time the climate emergency declaration hits the headlines, maybe folks won’t gloss over Blumenauer as “that random third person” behind the effort. But even if young climate activists aren’t as familiar with Blumenauer, he seems to be a fan of their work.

“Our job is to connect to these movements that are taking place around the country,” Blumenauer said about the growing youth-led climate movement. “These kids have a right to the future. They are amazing. They’re just …. just so powerful.”