It’s Friday, December 20, and climate finally got its due in the sixth Democratic primary debate. 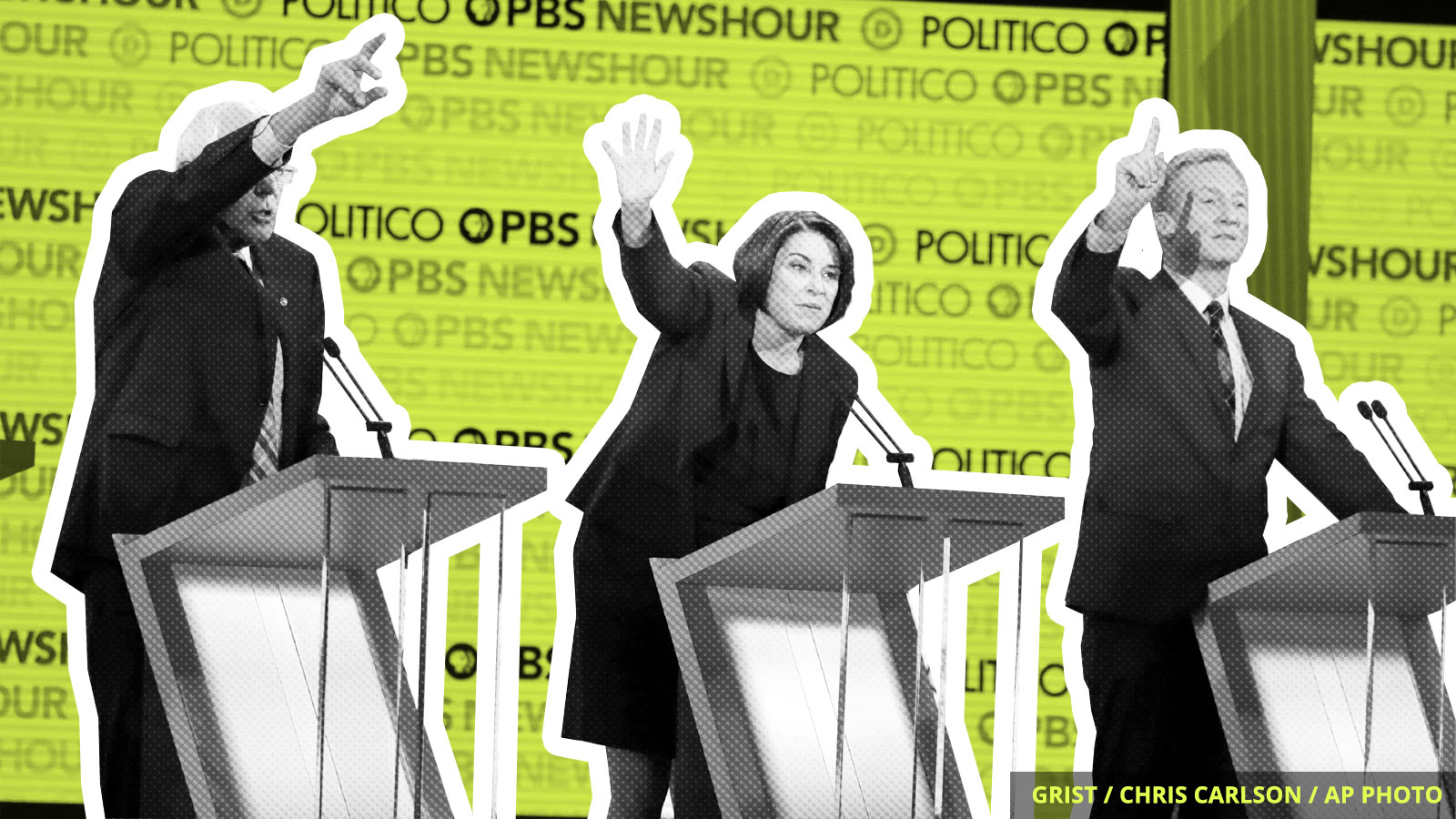 Seven of the 15 remaining Democratic candidates hit the debate stage in Los Angeles on Thursday night, and this time, we didn’t have to wait all night to see if the moderators would bring up the burning planet. Hosts PBS and Politico decided that climate-concerned viewers could have three juicy questions and 13 whole minutes of discourse on the existential crisis of our time, as a treat.

Candidates were asked how they would deal with displacement caused by climate change, whether they would sacrifice oil and gas growth for a green economy, and how we could get to net-zero carbon emissions by 2050 without nuclear power.

Senator Amy Klobuchar said she hopes entire cities won’t have to be moved but admitted that some citizens likely will. South Bend, Indiana Mayor Pete Buttigieg reminded everyone that climate change is far from theoretical for him. “My neighborhood flooded in the second of two once-in-a-millennium floods that we had in two years,” he said.

Former Vice President Joe Biden argued that oil and gas jobs can be replaced by new, high-quality green jobs if we make big investments in green infrastructure. Senator Elizabeth Warren maintained her position that new nuclear plants are a nonstarter for her but conceded that some old plants could stay, a slight pivot from her past take on the issue.

Senator Bernie Sanders was arguably the strongest on climate, bringing it up early on in a question about trade and later tying it to a question about race. “People of color will be suffering the most if we do not deal with climate change,” he said.

A plastics company is expected to build 14 massive production facilities on a former slave burial ground in St. James Parish, Louisiana. Building the nearly 2,400-acre complex could double the amount of toxic chemicals in the air and release more than 13 million tons of carbon emissions per year.

The warmer oceans get, the more acidic they become. Now, scientists say that acidic water deteriorates the scales that make up sharks’ skin and teeth, threatening their ability to hunt and eat.