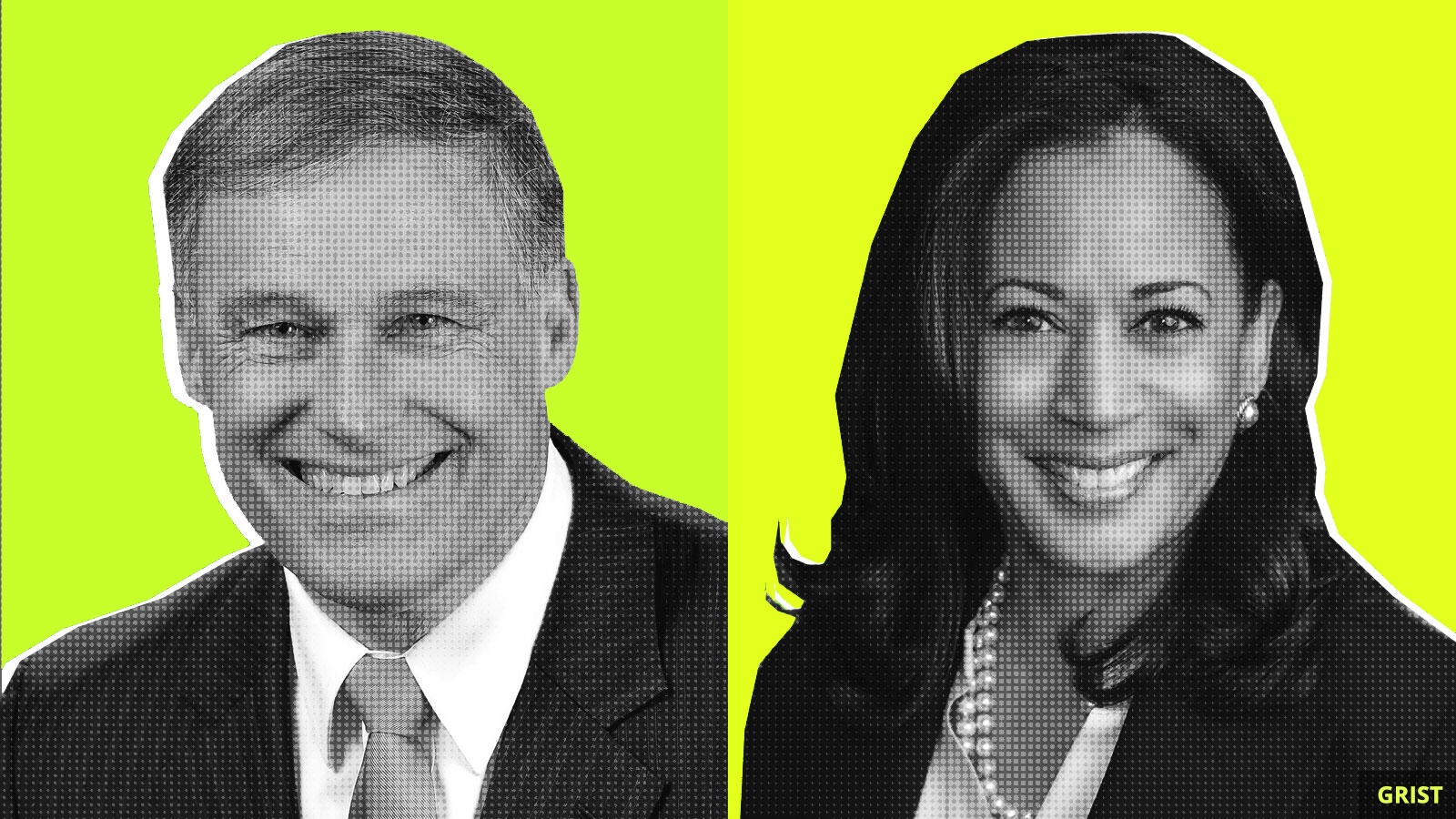 The second round of Democratic primary debates will commence in fewer than 24 hours. As candidates descend on Detroit, two of the rivals vying for the opportunity to face Donald Trump in next year’s general election have climate justice on the mind.

On Monday, Senator Kamala Harris and Washington state Governor Jay Inslee made announcements that position equity right smack in the middle of the conversation around what to do about climate change.

Harris and Representative Alexandria Ocasio-Cortez have unveiled a plan to introduce a bill into Congress that covers a crucial component of the Green New Deal. The joint legislation would basically ensure that new environmental regulations would be evaluated through an environmental justice lens. It’s a similar idea to the Congressional Budget Office’s scoring of legislation, but instead of measuring how much something might cost, the new system would rate a piece of legislation based on how it affects the communities most impacted by carbon emissions and climate change.

Meanwhile, Inslee — who has released four other climate plans — came out with a proposal aimed at “putting justice at the center of America’s climate mission.” It doesn’t carry the legislative clout of Harris and Ocasio-Cortez’s proposed bill, but it sets a higher bar for other candidates.

The heat wave gripping the United Kingdom set a new temperature record for the nation on Thursday. The Met Office, the U.K.’s national weather service, confirmed on Monday that temperatures reached 101.6 degrees Fahrenheit at Cambridge Botanic Garden on July 25, shattering the previous record by 0.4 degrees.

Construction of the United States’ first big offshore wind project is on hold, with federal agencies sparring over its impact on commercial fishing. Vineyard Wind, which was scheduled to begin construction this year off the coast of Massachusetts, could power more than 400,000 homes by 2021. But developers have to sit tight for an environmental impact statement from federal regulators — which has been repeatedly delayed without explanation.

More than three environmental activists were killed across the world every week last year, according to a new report by the nonprofit watchdog group Global Witness. The most dangerous country for environmentalists was the Philippines, where 30 were slain; the sharpest increase in killings occurred in Guatemala, with more than five times as many in 2018 than in 2017.