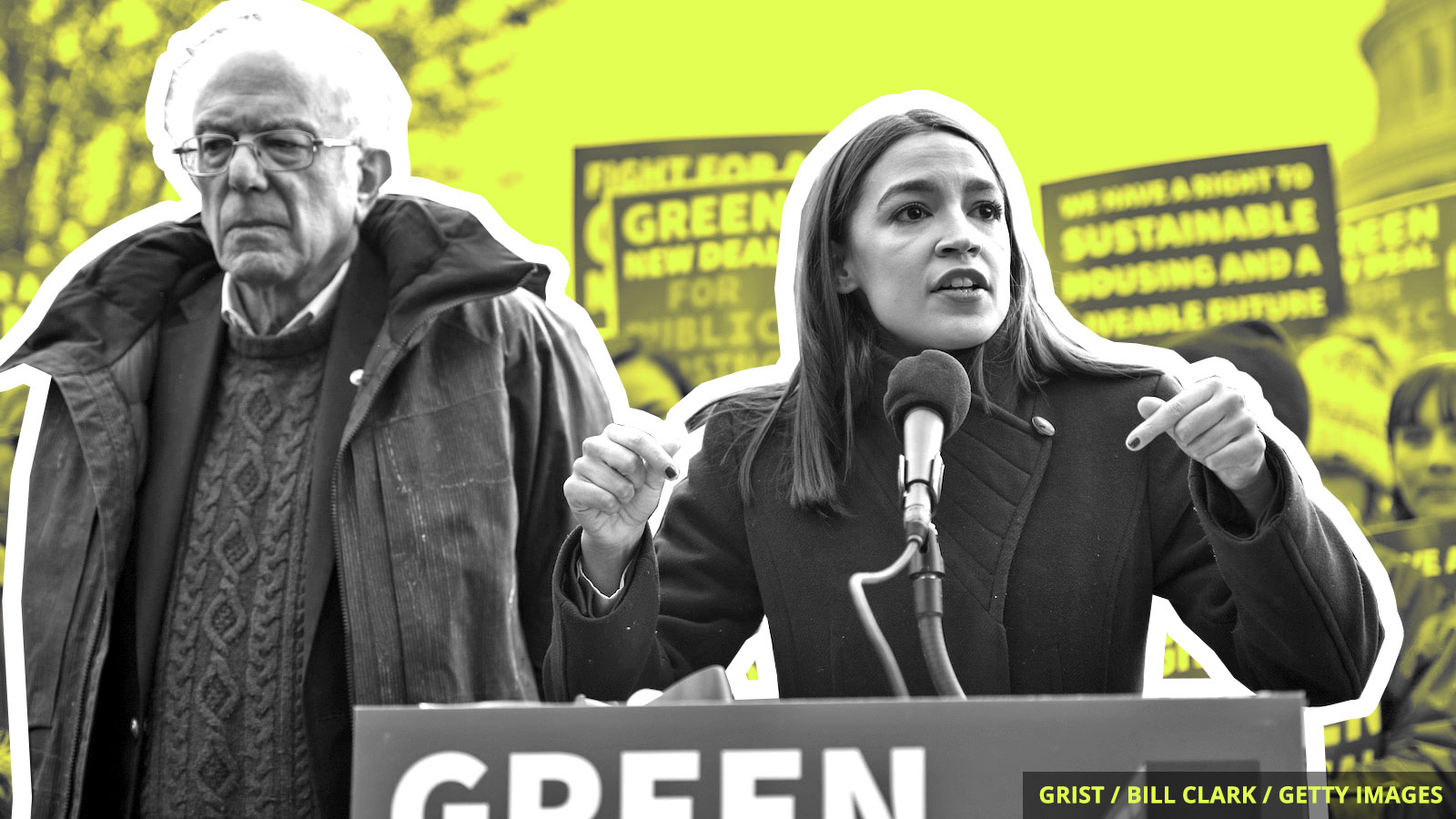 A trio of Democratic lawmakers wants President Biden to declare a “climate emergency” as soon as possible.

Representative Earl Blumenauer of Oregon, along with Senator Bernie Sanders of Vermont and Representative Alexandria Ocasio-Cortez of New York, announced plans to introduce legislation on Thursday that would mandate Biden make such a declaration. The bill compares the action needed on the climate crisis to the country’s mobilization during World War II and urges Biden to declare an emergency under the National Emergencies Act, thus unlocking more than 100 additional presidential powers to tackle the crisis.

The U.S. wouldn’t be the first country to call climate change a crisis. To date, 38 countries around the world have declared similar “climate emergencies.” But most of those declarations have been symbolic resolutions, and so haven’t come with any additional tools to address the overheating planet.

In the U.S., however, the National Emergencies Act could give Biden real powers: The president could use the declaration to reinstitute a ban on crude oil exports, send emergency aid packages to states, or even redirect billions of dollars of funding away from defense projects and toward the production of renewable energy.

“It’s past time that a climate emergency is declared,” Blumenauer said in a statement. “This bill can finally get it done.”

Delaying efforts to address climate change until 2030 will cost the U.S. 72 percent more than if it starts charting a course to net-zero emissions right now, according to a new analysis from the policy research firm Energy Innovation. Starting decarbonization now will end up costing an estimated $4.5 trillion by 2050. Putting it off until 2030 will cost the U.S. roughly $8 trillion by the same year.

The new Senate Committee on Energy and Natural Resources met Wednesday for its first hearing with the aim of establishing a “baseline of global climate facts” to build on to advance climate solutions. But much of the hearing was taken up by Republican-led discussions that cast doubt on the fact that replacing fossil fuels with renewable energy reduces emissions.

Carbon capture and storage has been touted by Republicans as a cure-all for rising emissions. But NRG Energy, the company behind the nation’s only power plant with functioning carbon capture technology, announced last week that it plans to shutter the carbon capture unit this coming June because it’s uneconomical. The technology deployed by the coal-fired plant to scrub its emissions was so energy-intensive it actually required a whole new natural gas plant to power it.