It’s Monday, January 24, and Ecuador is expanding protections for waters near the Galapagos Islands. 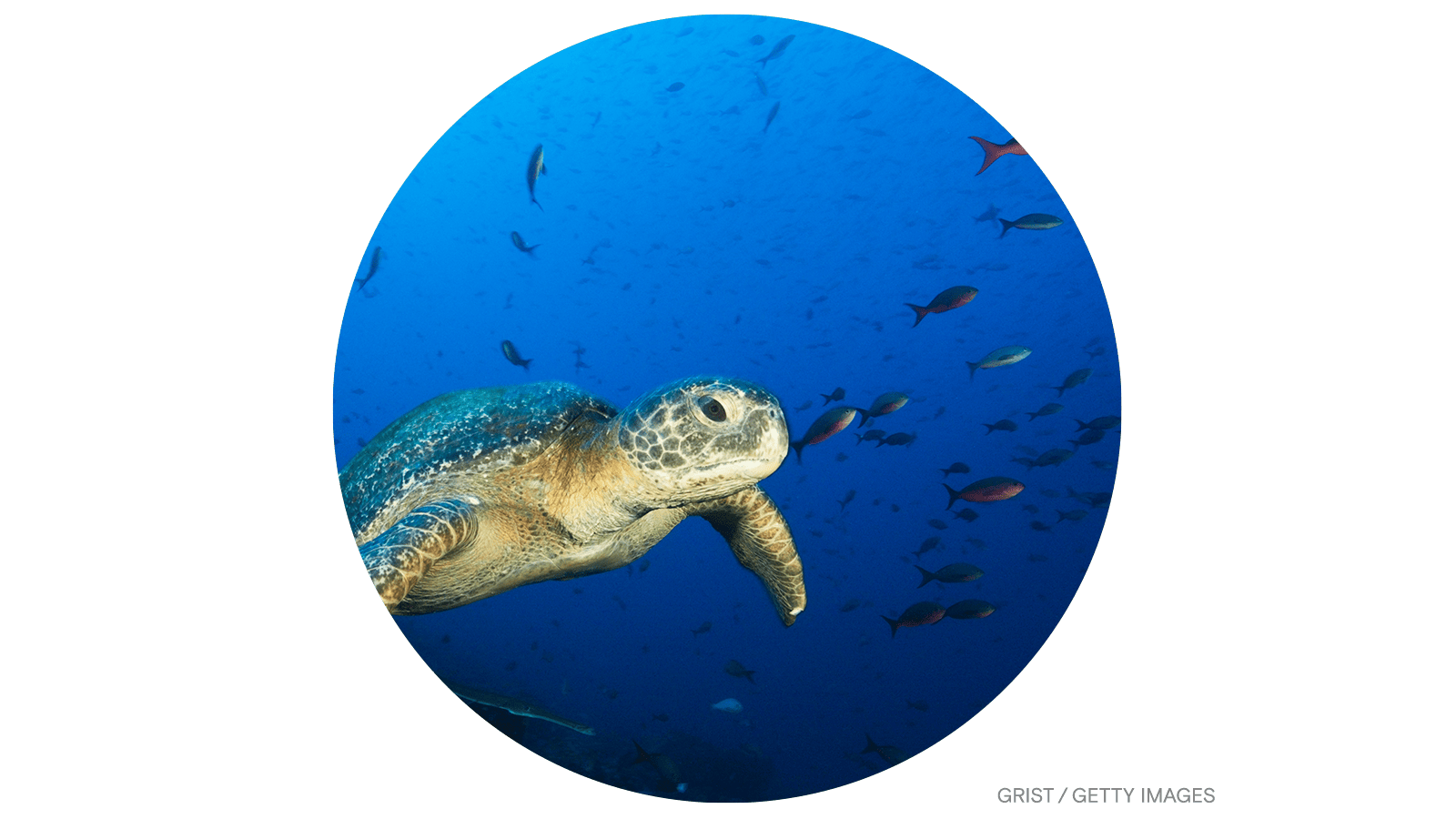 The Pacific waters surrounding the Galapagos Islands, 600 miles off the coast of Ecuador, are a sanctuary for thousands of marine species, including penguins, whales, dolphins, and sea turtles. But many animals’ habitats extend far beyond the islands’ shores, and the Ecuadorian government is taking notice.

Ecuador’s president, Guillermo Lasso, announced a massive expansion of the Galapagos Marine Reserve this month, adding more than 23,000 square miles to the area’s protected waters. Initially proposed during the United Nations’ climate conference last November, half of the newly protected area — called the Hermandad Marine Reserve — will be off-limits for all fishing, while the other half will ban longline fishing, a destructive practice that involves dragging a very long line with thousands of baited hooks behind a boat.

According to Gustavo Manrique, Ecuador’s minister of environment, water, and ecological transition, the expanded area will help create a safe passage for migratory fish, sharks, and other marine species. “It’s like creating a new highway for them to travel,” he told the Washington Post.

Ecuador’s actions come amid mounting global calls for ocean conservation in response to plastic pollution, acidifying waters, warming temperatures, and other threats. While conservationists’ goal to preserve 30 percent of the oceans by 2030 is still far off — just 6.1 percent is currently protected — many countries are ramping up their conservation efforts. Ecuador’s Galapagos Marine Reserve expansion is part of a partnership with Colombia, Panama, and Costa Rica to coordinate protection of the Pacific Coast.

Such efforts could not only protect marine ecosystems, but also preserve food supplies. According to one 2020 study, a mere 5 percent expansion of marine protected areas globally could boost annual fish catches by up to 12 million metric tons.

Environmental advocates, politicians, and celebrities have cheered Ecuador’s efforts, noting the Galapagos’ status as an icon for conservation. “Our existence depends on the healthy ocean,” tweeted Sylvia Earle, the renowned oceanographer, who congratulated Lasso “and all who are supporting enhanced protection for wildlife in the ocean surrounding the Galapagos Islands.”

Utilities to Supreme Court: Let the EPA regulate us