It’s Friday, August 3, and Egypt is getting some sun. 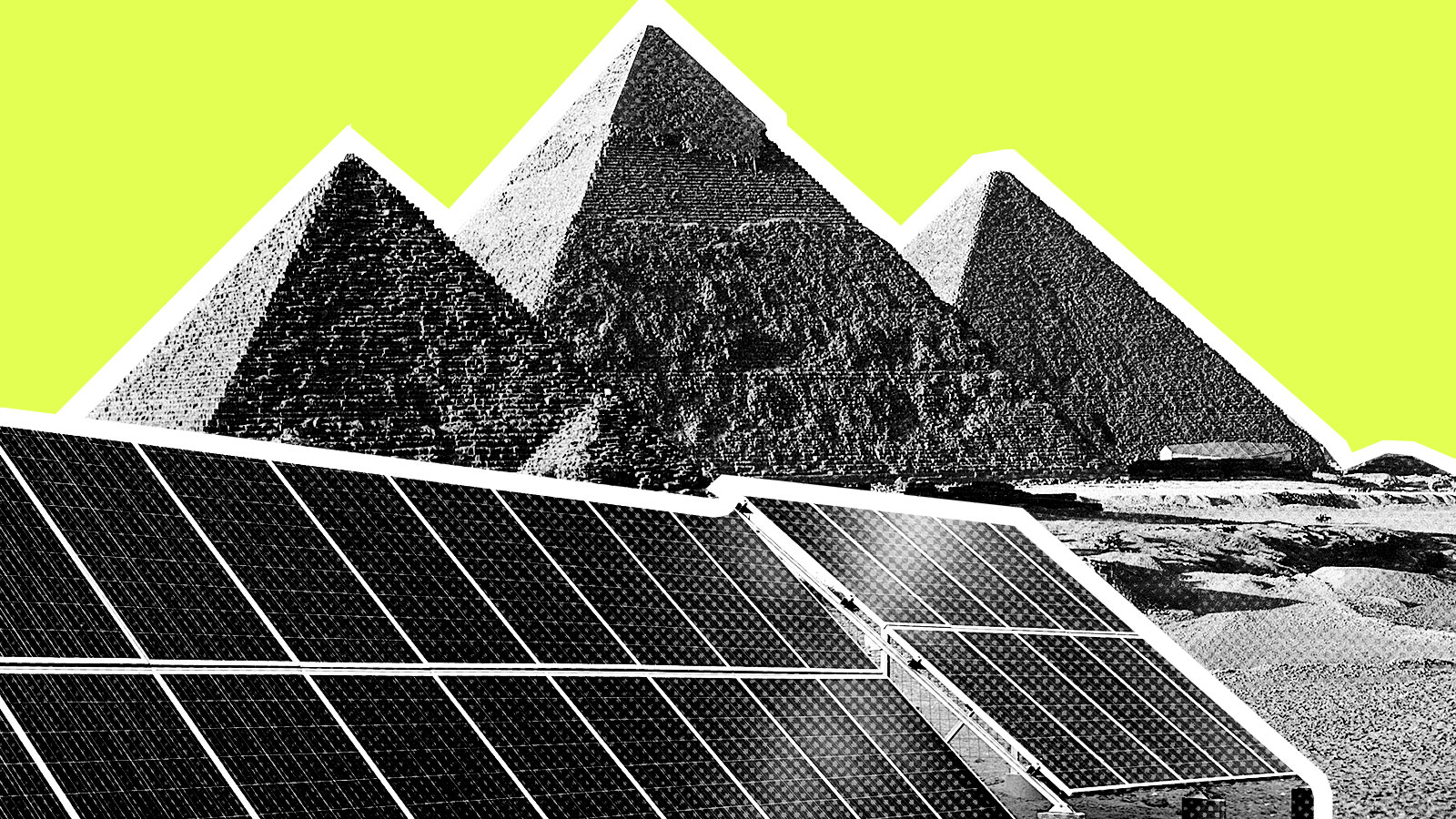 Quick! Name the location of the largest solar farm in the world right now. You’re probably thinking it’s somewhere in sunny California or in photovoltaic-obsessed China. And right now, China does hold the crown — but it’s about to get dethroned. The largest-ever sun farm will open next year amid the desert sands of Egypt.

Let’s be real: Despite its year-round sun, Egypt isn’t known for renewable energy. The Middle Eastern nation gets more than 90 percent of its electricity from fossil fuels, and it used to be a big exporter of natural gas and oil. But Egypt has been plagued with terrible blackouts, and now the country that brought the world the pyramids is erecting a new sort of futuristic structure: a $2.8 billion solar installation called the Benban complex.

When the Benban is complete, it will produce nearly 2 gigawatts of electricity. For context, that’s more than double the power of the current largest solar field, China’s Longyangxia Dam Solar Park. That electricity will help power hundreds of thousands of Egyptian businesses and homes, and it will start to move the country away from a dependence on oil and natural gas imports.

It’s yet another sign of how renewables are on the up-and-up. A new report from Bloomberg New Energy Finance found that global solar and wind power now provide 1 terawatt – or 1,000 gigawatts! – of electricity capacity worldwide. It took us 40 years to get this far, but Bloomberg estimates that with the help of new installations going up worldwide, we could double that capacity by 2023.

It was the warmest July ever for some areas of Sweden, including the southern peak of Kebnekaise mountain, which used to be the country’s tallest point. That was until part of the glacier atop it melted, shortening the peak’s height by several meters. Researchers recently decided that the glacier-topped point had shrunk enough that the northern point of the same mountain was actually taller — so it’s now where you’ll find Sweden’s highest elevation.

A months-long toxic algae bloom is wreaking havoc on the southwestern coast of Florida. More than 300 sea turtles have died this year, many likely due to the so-called “red tide.” Beachgoers have had to contend with bad smells and dead fish on the sandy shores, and business for the local tourism industry is slow. The overgrown algae, which can also be harmful to human health, is typically caused by warm temperatures and runoff of nutrients commonly found in fertilizer.

A big-time Trump donor said he would pay the administration for a several billion-dollar loan to complete a nuclear power project in Alabama, inside sources told The Wall Street Journal. Michael Cohen, who at the time was Trump’s lawyer, got the contract back in April. It offered him $10 million in exchange for securing project funding. Though Cohen called the Energy Department about the loan a few times, it hasn’t been approved, and it’s not known if Cohen netted any cash on the deal.

Drumroll, please! Introducing the addition of a new section to The Beacon: “More Grist For Your Mill.” Scroll to the bottom of this newsletter to see what’s popping at the Grist website. Simply click through and read all our latest stories.

Smog in The Beacon