It’s Wednesday, June 19, and New York state is committing to zero emissions by 2050 … with some caveats. 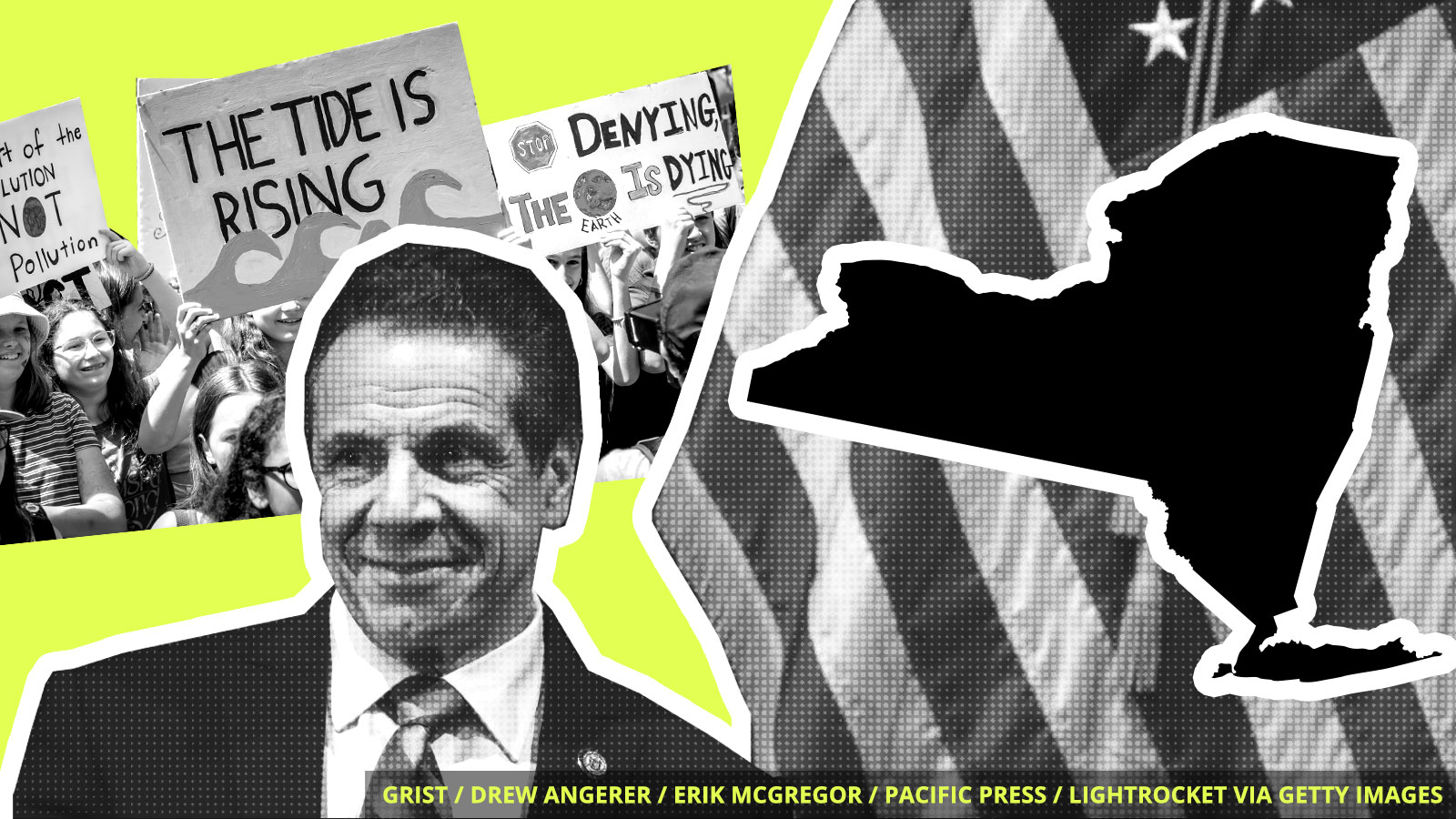 Lawmakers in Albany seem to have reached an agreement (again) on New York state’s landmark climate bill. The sweeping scope and environmental justice provisions of the bill, which advocates have been trying to pass for many years, have had some calling it a precursor to the Green New Deal. It would require New York to reach net-zero emissions by 2050 through a combination of carbon-cutting (85 percent) and offsetting or capturing the rest (15 percent). It’s expected to pass today, with Governor Andrew Cuomo’s support.

But community and activist groups that championed the bill are getting a bit of whiplash this week. On Sunday night, it seemed an agreement had been reached on some of its distinctive environmental justice aspects — namely, job creation provisions and money for the communities most vulnerable to pollution and climate change. But on Monday, Governor Cuomo announced an altered version that, while still ambitious on the climate, cut several provisions related to job creation and makes it less clear just how much funding will go to the state’s disadvantaged communities.

Still, advocates for the bill remain optimistic. “On climate, we won the strongest emissions reduction standards in the country in the face of immense resistance from the powers that seek to preserve the status quo,” New York Renews, the statewide coalition of more than 180 advocacy groups, told Grist in a statement Tuesday.

Canada’s Prime Minister Justin Trudeau just revived the Trans Mountain pipeline expansion, a year after its opponents won a lawsuit to stop it. The project is supposed to transport oil from Edmonton, Alberta to the tanks near the coast of British Columbia. Trudeau justified the move by saying the money gained from the pipeline would be invested into future green projects.

When launching his re-election campaign last night, President Trump insisted that the United States has “among the cleanest and sharpest” air and water on Earth. But according to a recent analysis by The Associated Press, the air is not getting any cleaner. In fact, the number of days with unhealthy air increased by 15 percent compared to the average between 2013 and 2016. Is the air sharper, though? Maybe.

Ireland Dublins down on climate action