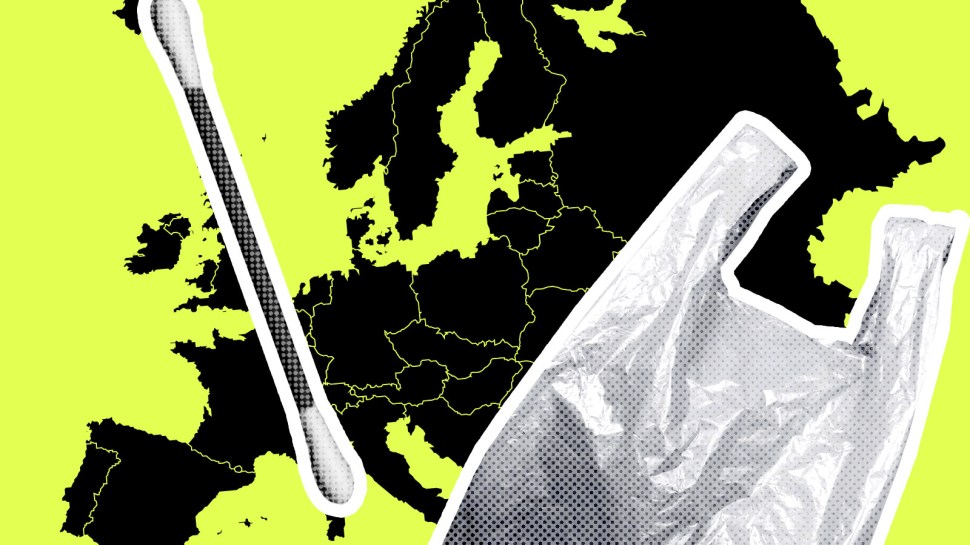 Last year, we wrote about how the European Union started the process of banning single-use plastics like cutlery, Q-tips, straws, and those little stirrers for coffee and tea (the most useless of the bunch, in this writer’s humble opinion). On Wednesday, The European Parliament cleared the way for the ban to take effect, which means some kinds of plastics will be eliminated in European countries starting in 2021. The ban will be finalized in the coming weeks, but yesterday’s vote, 560 against 35, practically seals the deal.

The newly passed measure is aimed at reducing the kind of plastics commonly found on beaches, as well as single-use polystyrene cups and oxo-degradable plastics that tend to break down into sneaky microplastics.

European nations will also have to come up with their own measures to cut down on the amount of new plastic in plastic bottles: 25 percent of bottles will have to be composed of recycled material by 2025, and 90 percent by 2029.

And in more good news, the E.U. is starting to crack down on wet wipes. Don’t worry, Jacques, you haven’t been wiping your bum with plastic. Europe wants to tackle its rampant fatbergs — the colossal and disgusting masses of refuse that clog sewers — by reducing the number of wet wipes people flush.

As some pipeline companies keep losing in court (cough cough, TransCanada), the White House is considering taking executive action to push pipeline development through the process. Trump might sign an order to “weaken states’ power to block energy projects and ease the construction of new pipelines,” Politico reports.

Former oil shill David Bernhardt, Trump’s pick for head of the Interior Department, is undergoing intense scrutiny in the Senate. As senators try to determine whether he is fit to lead the department, some ethics-related issues are popping up. On Thursday, senior Democrat Ron Wyden of Oregon told the nominee, “You’re just another corrupt official.”