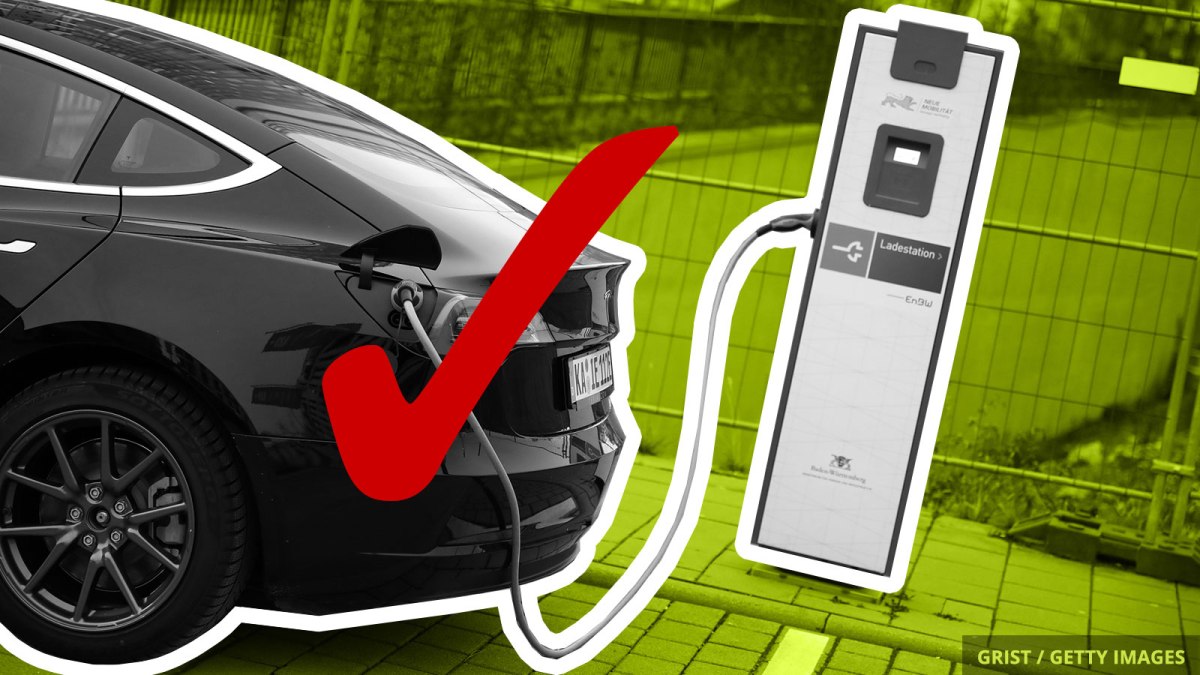 Step aside, electric vehicle naysayers: According to a new study, EVs are better for the climate than their gasoline-guzzling counterparts in 95 percent of the world.

It may seem obvious, but for decades, some scientists and policymakers have questioned whether EVs are really more environmentally friendly than old-fashioned gas-burning vehicles. After all, making new EVs requires fossil fuels and then owners must charge them — requiring electricity that can come with a hefty carbon footprint depending on the regional energy grid.

But researchers from the universities of Exeter, Nijmegen, and Cambridge took these factors into account and calculated the total lifecycle emissions of EVs — and they concluded that electric cars are helping the fight against climate change in almost every region of the globe, including the United States, China, and most of Europe. The only exceptions were countries like Poland, where electricity is still largely generated by coal.

That’s good news considering that the researchers also predicted that by 2050, half of all the world’s cars will be electric, resulting in a global drop of 1.5 gigatons of carbon emissions — the same annual carbon footprint of Russia. And, if countries continues to decarbonize their electricity grids, EVs’ environmental advantage over gas-powered cars will only grow.

A massive glacier in Antarctica is melting into an undersea abyss twice as deep as the Grand Canyon. Although West Antarctica receives the most climate research attention, a new study shows that the demise of East Antarctica’s Denman glacier could set off a chain reaction that ultimately creates five feet of global sea level rise.

Despite plummeting oil and gas prices, the Trump administration is forging ahead with selling leases for drilling on public land. The Center for Biological Diversity’s public lands program director described the move as “allowing speculators to lease public land for pennies.”

A solar trade group has warned Congress that the U.S. solar industry may lose half its employees due to the COVID-19 fallout. This would reverse a pre-pandemic estimate of 8 percent job growth in the industry this year. Unlike the worst-hit industries, like airlines, hotels, and oil, the solar sector may not get much help in the forthcoming federal stimulus package.