It’s Tuesday, October 5, and a U.S. automaker is putting its money where its mouth is. 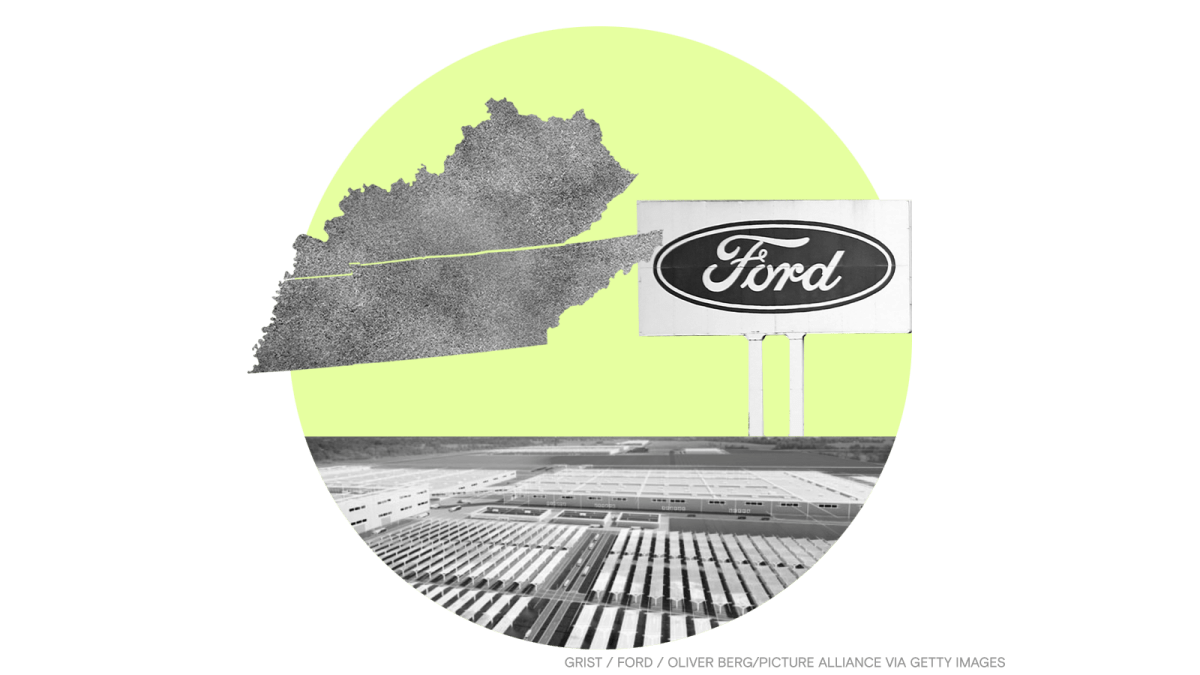 Ford will build a sprawling, 3,600-acre complex in Stanton, Tennessee, where the company will assemble electric models of its F-series pickup trucks. When the campus opens in 2025, the assembly plant will supposedly be carbon neutral, sending zero waste to landfills, treating wastewater at an on-site facility, and possibly using local renewable energy sources. Operating twin battery plants in Glendale, Kentucky, the South Korea-based company SK Innovation will produce lithium-ion batteries that will power electric Ford and Lincoln vehicles.

The investment represents the latest move by an automaker to phase out gasoline-powered vehicles, which — along with the nation’s ships, trains, and planes — account for roughly 30 percent of U.S. greenhouse gas emissions. According to Ford, the company plans to invest more than $30 billion in EVs through 2025, and expects at least 40 percent of its vehicles to be fully electric by 2030.

“This is a transformative moment where Ford will lead America’s transition to electric vehicles and usher in a new era of clean, carbon-neutral manufacturing,” Ford executive chair Bill Ford said in a statement.

As the planet warms and people move to big cities, urban heat is getting more and more dangerous around the world. According to a study published Monday, the number of people exposed to extreme and sometimes deadly heat has nearly tripled over the past 30 years, jumping from 40 billion per year in 1983 to 119 billion in 2016.

According to a new report from the Global Coral Reef Monitoring Network, the planet has lost 14 percent of its coral in less than a decade. Between 2009 and 2018, the report found, rising sea surface temperatures caused by climate change helped kill off more than 4,500 square miles of coral reef.

A major oil spill continues to pollute waters off the coast of Southern California, with officials on Monday night estimating that up to 144,000 gallons have leaked near Newport Beach and Huntington Beach. Federal and state authorities have opened a criminal investigation to identify the cause of the spill, and Governor Gavin Newsom has declared a state of emergency in Orange County.