It’s Friday, October 15, and environmental groups in France have won another court ruling. 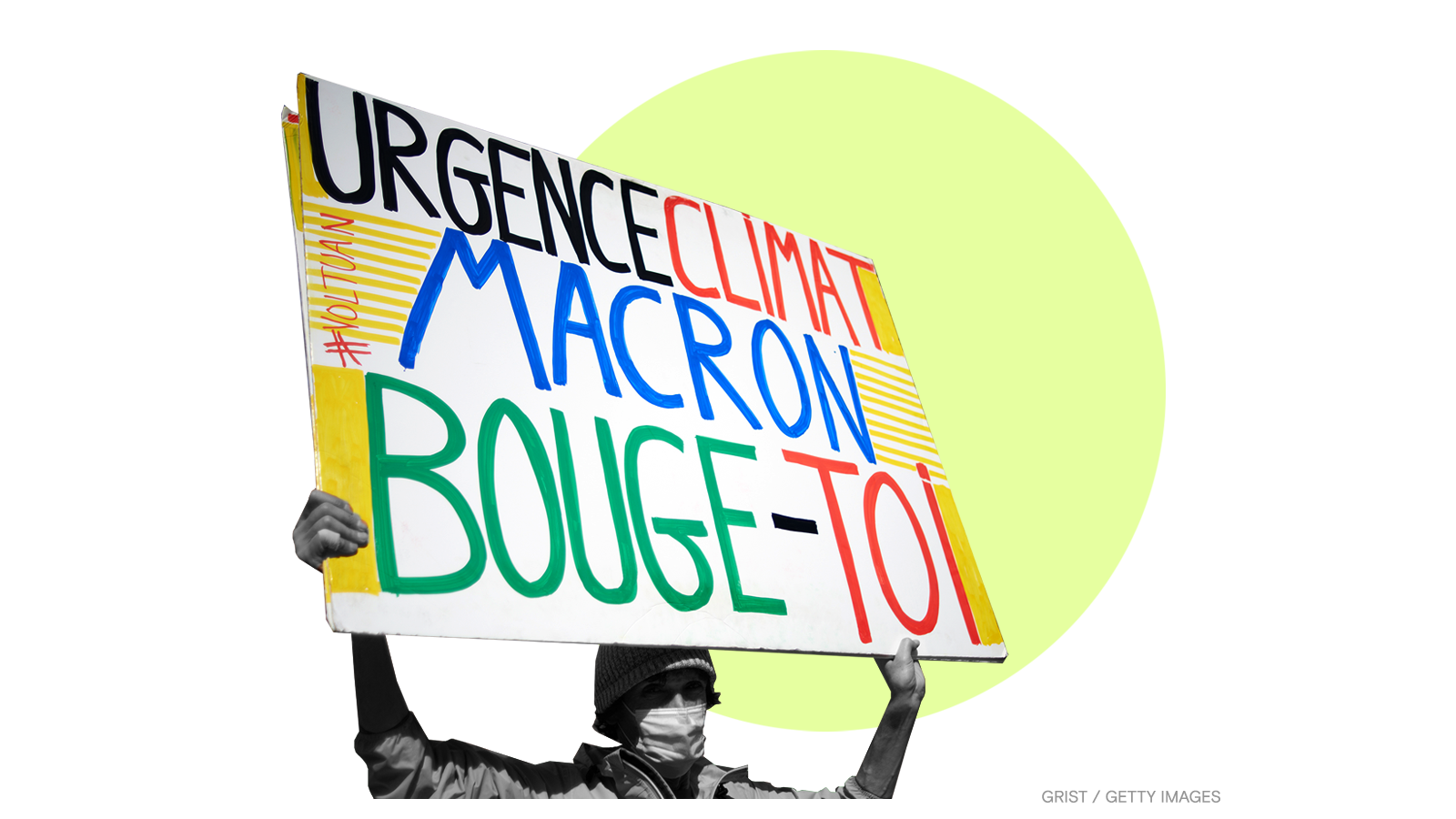 A French court has ordered the country to follow through on its commitments to addressing climate change. In the Thursday ruling, the Paris administrative tribunal found that France overshot its emissions targets by 15 million metric tons between 2015 and 2018 and ordered the government to take all necessary measures to “repair the damage” by the end of 2022.

The ruling is the latest development in a case brought by French environmental organizations in 2019 in an attempt to use the judicial system to force their country to take more concrete action against climate change. “Now the court system is becoming an ally in our fight against climate change,” Jean-François Julliard, director of Greenpeace France, told reporters following this week’s ruling.

The country’s leaders are clearly feeling the heat. Earlier this week, French President Emmanuel Macron announced that the country will spend $34.6 billion over the next five years on nuclear reactors and green energy projects to decarbonize the nation’s industrial sector and reinvigorate its manufacturing base. The projects will spur the production of low-emission planes and electric cars and a “revolution in French agriculture,” according to the New York Times.

The U.S. Coast Guard now estimates that a pipeline rupture discovered on October 2 leaked 25,000 gallons of crude oil into the ocean in Southern California. That’s one-fifth the amount officials originally feared had leaked into the waters off the coast of Orange County, but the impacts of the spill on local beaches, wetlands, and wildlife are ongoing.

The city of Iqaluit, the capital of the Canadian territory of Nunavut, declared a state of emergency and told its 7,000 residents not to drink or cook with tap water this week, more than a week after people complained of a fuel-like odor in the water. Nunavut sent the first of multiple shipments of water to the remote Arctic city on Thursday while Iqaluit city officials test the municipal water supply for fuel contamination.