It’s Thursday, January 7, and Germany has achieved its 2020 climate targets. 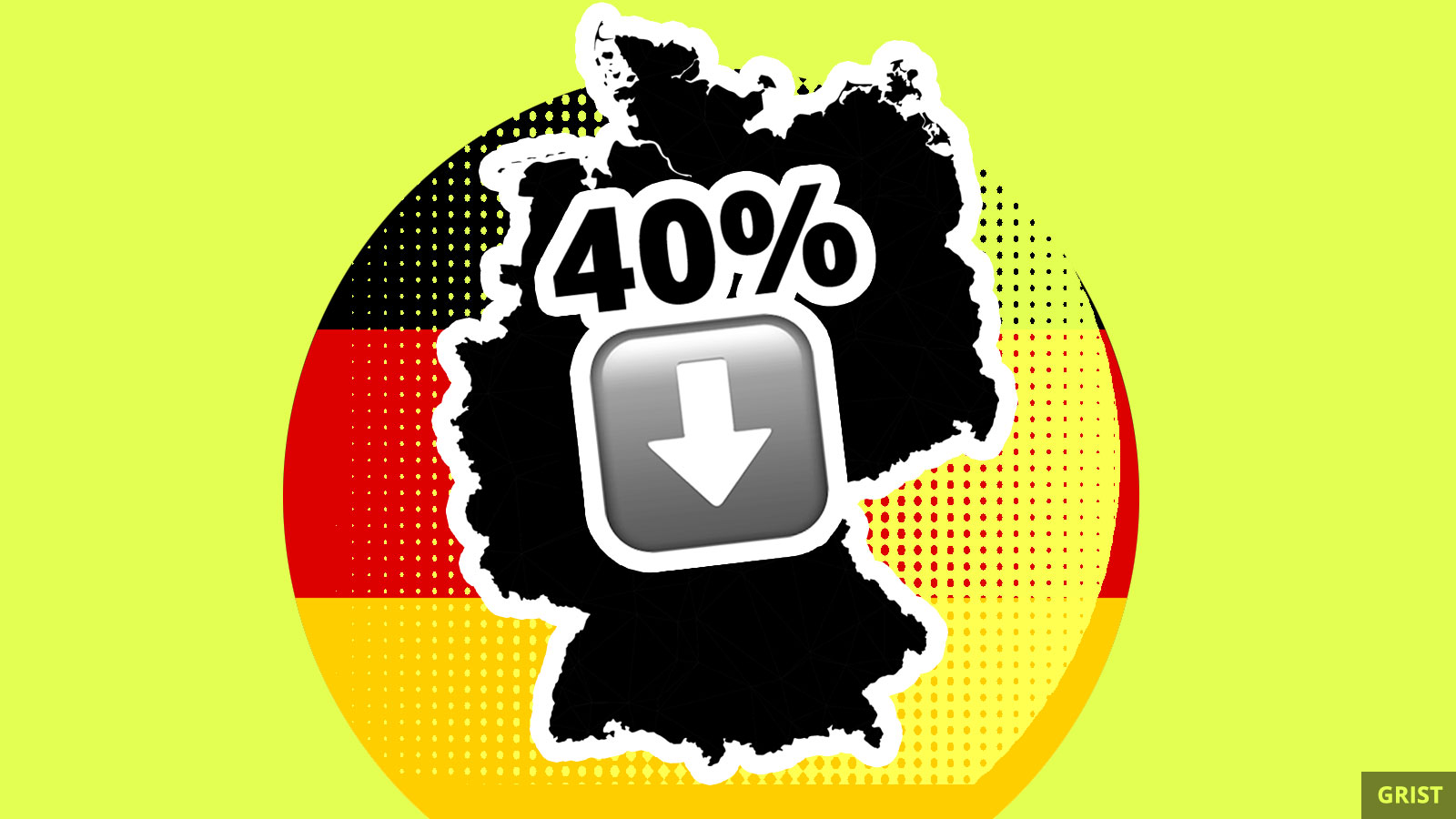 These days, everyone is setting emissions goals — but only a few countries are actually meeting them. Germany, the sixth-largest emitter of carbon dioxide in the world, is one of them. According to a new analysis by the Berlin-based think tank Agora Energiewende, Germany has cut its CO2 emissions by more than 40 percent compared to 1990 levels, achieving a goal set by Chancellor Angela Merkel’s government back in 2007.

Germany’s emissions dropped by 82 million tons in 2020, marking a 42.3 percent overall drop since 1990 and blowing way past its target. The bad news is that part of that success was due to the COVID-19 pandemic, which decimated air travel, pulled millions of cars off the road, and halted much industrial production. Without the pandemic, Agora estimates, the country’s emissions would have dropped by around 38 percent: close, but no cigar.

Still, some of the trends pushing Germany’s emissions down could last well beyond the pandemic. Coal is in steep decline, and green energy currently meets over 50 percent of the country’s electricity demand. Germany is keeping an eye on the future, as well: A third of its $145 billion COVID-19 recovery plan was earmarked for projects like clean energy and public transportation.

Pro-Trump rioters, some armed, invaded the U.S. Capitol to disrupt the congressional certification of electoral votes on Wednesday. Egged on by Trump and some members of Congress, the insurrectionist mob broke windows, injured police, vandalized lawmakers’ offices, and planted explosive devices that were later inactivated by law enforcement. The attempted coup undermined the country’s image as a bastion of democracy and cast doubt on the possibility of passing bipartisan climate legislation in a Congress so clearly divided along Trumpian lines.

Uber and Lyft have plans to transition to zero-emissions vehicles by 2040 and 2030, respectively, but a new study in the journal iScience offers evidence that both ride-hailing apps are actually encouraging more emissions. It found that when Lyft and Uber start operating in cities, vehicle registration in those areas increases 0.7 percent on average, possibly because people buy cars in order to work for ride-hailing companies.

The tab for damage caused by last year’s hurricanes, wildfires, and other climate-driven disasters in the U.S. was $95 billion, according to data reported Thursday morning by Munich Re, a company that insures insurance companies. That’s nearly double the cost of 2019’s disasters. Worldwide, natural disasters prompted losses of $210 billion in 2020.