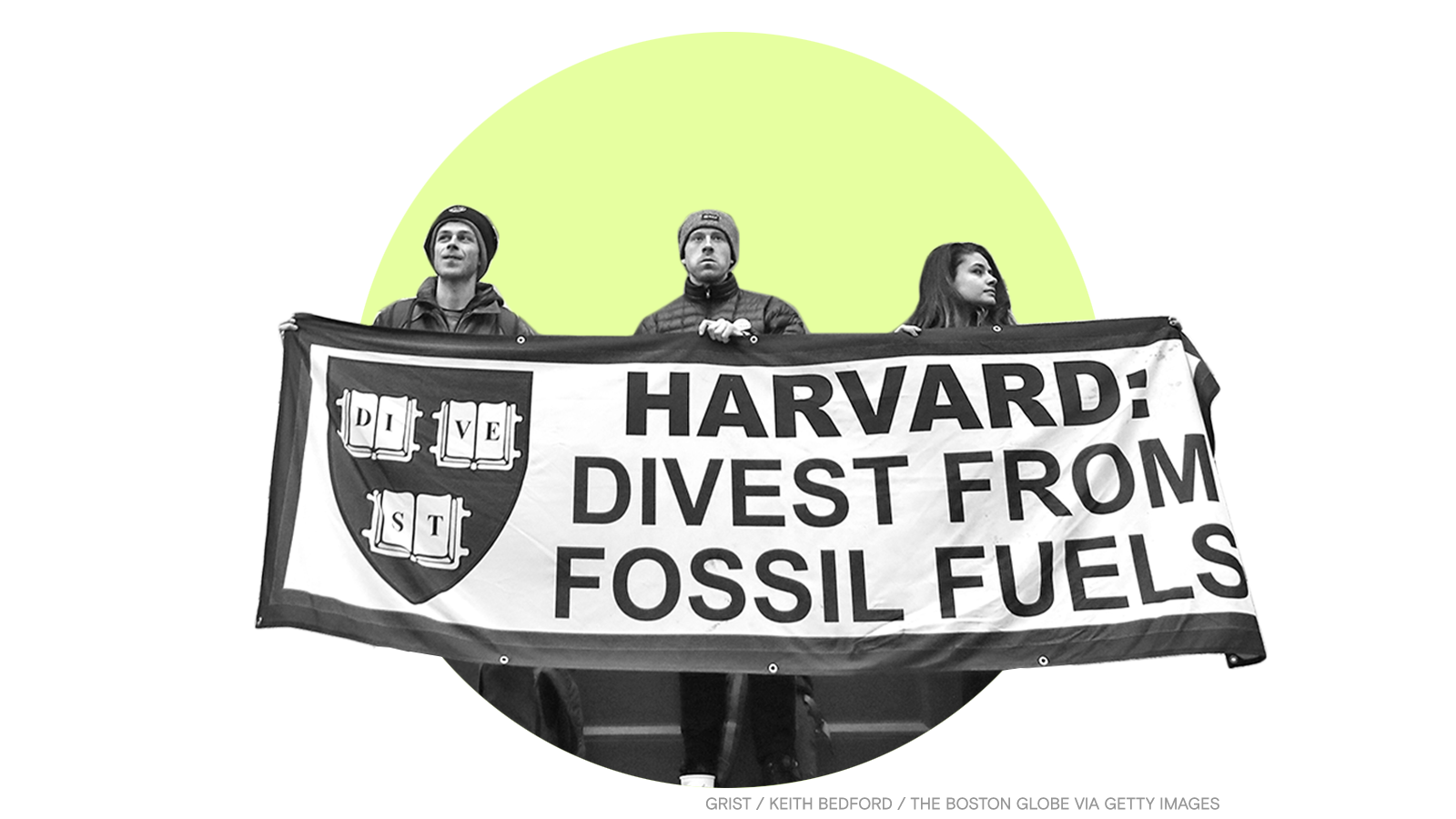 Harvard University is pulling its whopping $42 billion endowment, the largest of any university in the world, out of the fossil fuel industry.

Following a decade-long battle spearheaded by student activists — which included protests, petitions, and most recently, a legal complaint — Harvard President Lawrence Bacow said that as of June the school had zero direct investments in coal, oil, or natural gas. He added that the school “does not intend” to make future investments in the fossil fuel industry “given the need to decarbonize the economy.”

For years, university leaders opposed the idea of full divestment, even as the school slowly moved away from fossil fuels, decreasing its investments in the industry by more than 80 percent over 13 years. As of 2020, fossil fuels made up less than 2 percent of Harvard’s endowment with the current investments set to expire in the coming years.

Last week’s announcement was a huge victory for student activists at Harvard and across the country who are taking up similar battles. “This is what they told us for a decade they couldn’t do, and today, the students, faculty, and alumni have been vindicated,” Connor Chung, a current junior and Divest Harvard organizer, told The Harvard Crimson.

Enbridge Energy has kept its Line 5 pipeline pumping oil and gas in defiance of Michigan Governor Gretchen Whitmer’s orders to shut it down. Now, scientists estimate that if the pipeline remains open, it could contribute an additional 27 million metric tons of greenhouse gases to the atmosphere annually, and generate $41 billion in climate damages between 2027 and 2070.

A hole opens up in the ozone layer, the shield that protects Earth from the sun’s ultraviolet rays, every year. But this year, the hole is “rather larger than usual,” according to scientists who keep tabs on it. The ozone hole is now bigger than 75 percent of previously recorded ones at this stage, dating back to 1979.

The world is likely to miss its emissions targets under the Paris Agreement, the United Nations said Thursday. The economic slowdown caused by the coronavirus pandemic did not, ultimately, have an impact on global emissions, and countries are back on track to blow past the 1.5-degree Celsius (2.7-degrees Fahrenheit) warming threshold scientists say we need to meet in order to avert catastrophe.

No more drilling in LA County