It’s Wednesday, May 27, and Houston is going green. 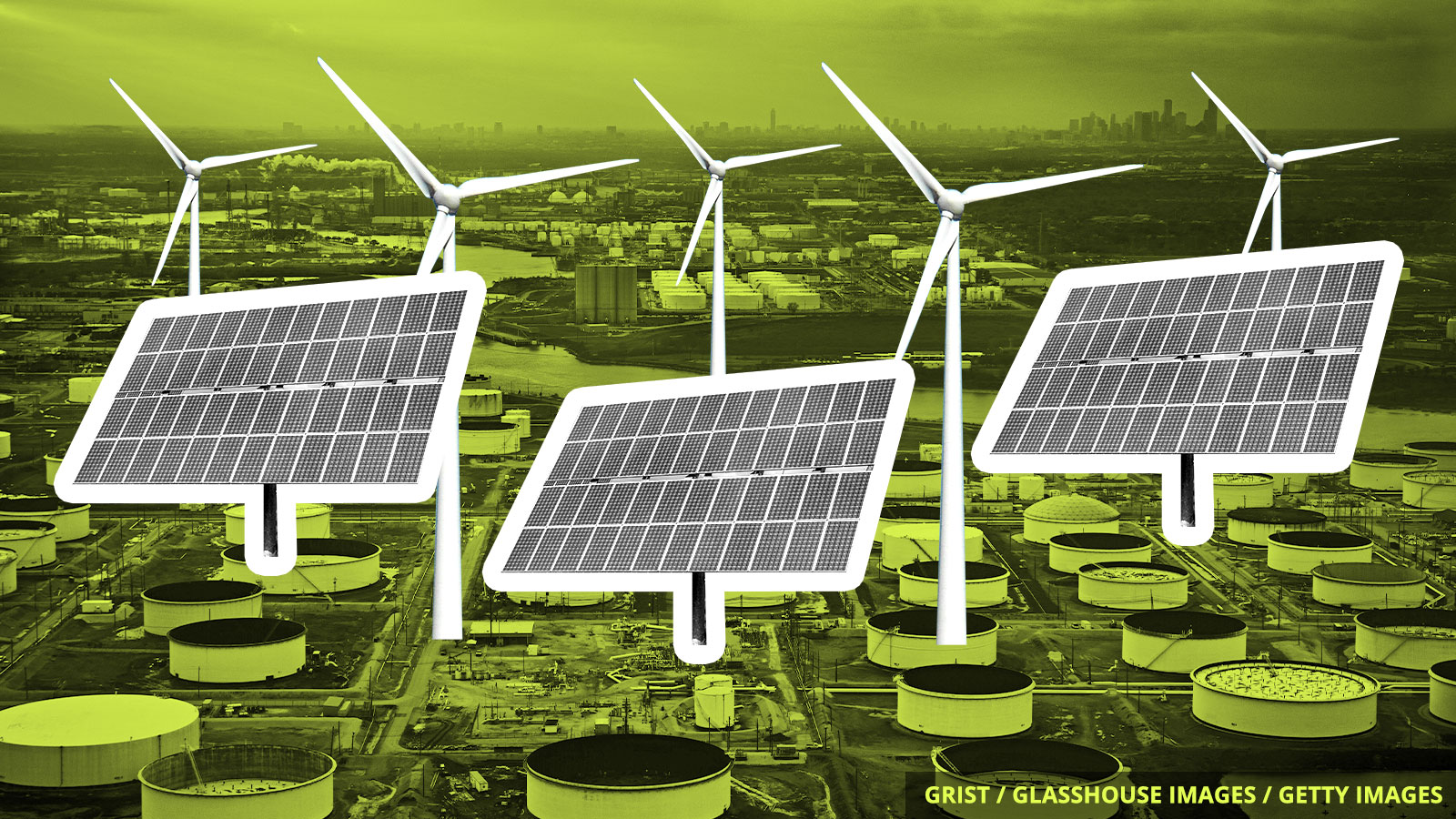 Houston, Texas, the energy capital of the world, has long been associated with the industries fueling climate change. More than 600 oil and gas exploration and production companies call the city home, and a refining and petrochemical corridor stretches for miles along its Buffalo Bayou. But after Hurricane Harvey rocked the region in 2017, the city began ramping up efforts to green its reputation.

City-owned buildings in Houston, like administrative offices, courts, public housing, airports, and fire stations, already get about 92 percent of their energy from renewable sources. Last week, the city announced a new contract that will bring that number to 100 percent starting in July. The five-year contract could also help lower prices for residential and commercial customers who want to buy into renewables. While most of the contracted energy currently comes from wind turbines, Mayor Sylvester Turner is also hoping to attract a developer to build the largest urban solar farm in the U.S.

Houston also recently adopted its first Climate Action Plan, which had been in development for about a year and a half and includes a major overhaul of mass transit and a goal to install 500 miles of safe bicycle lanes by 2025. The city is even considering eliminating parking requirements for new construction, which could lower the cost of housing and reduce sprawl, making the infamously spread-out city more walkable.

The COP26 international climate conference, originally planned to be held in Glasgow in November, will likely be delayed by a full year due to the coronavirus crisis. The delay could endanger global climate action: At the meeting, countries were expected to propose updated climate targets to keep warming below 2 degrees C (3.6 degrees F).

A federal judge in Montana threw out a lawsuit last week from environmental groups attempting to reestablish an Obama-era moratorium on coal mining on public lands. The district judge found that a Trump administration analysis, which claimed that lifting the moratorium would not have a significant impact on greenhouse gas emissions, was sufficient to allow mining to go forward.

Human activity could undo 50 billion years of evolutionary history, causing the extinction of “the most unique animals on the planet,” a new study says. Areas that are home to some of our strangest species — like the punk-haired Mary River turtle — are facing unprecedented pressure due to habitat loss and agricultural expansion.