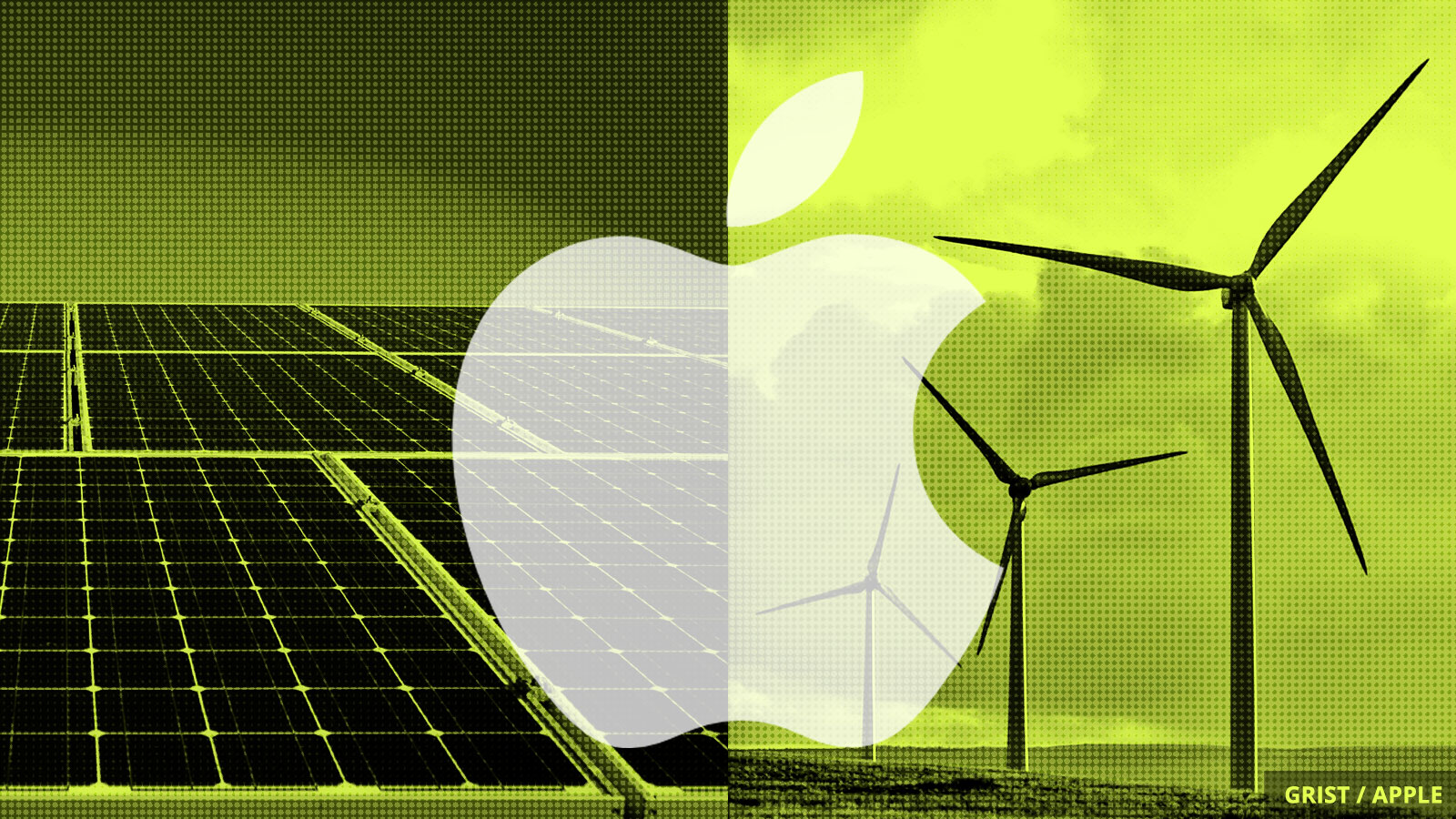 Apple just announced that it has roughly doubled the number of suppliers using only clean energy for production work, bringing the number of participating suppliers to 44. How do you like them apples?

The tech giant said a year ago that it powered all of its own facilities with solar and other forms of renewable energy. And last October, the company said it had achieved the same goal for its retail locations. But here’s the rub: A large part of its carbon footprint — nearly three-quarters of it — comes from its supply chain. That’s what makes today’s announcement critical to making a green Apple.

“We’ve made it a priority to hold our suppliers accountable to the same environmental standards we observe and hope that our collaboration will show others what is possible,” said Lisa Jackson, the former head of the EPA head and Apple’s enviro vice president, in a press release.

Apple now expects to bring 5 gigawatts of clean energy into its supply chain by 2020 — enough to power about 3.5 million homes or 5 flux capacitors.

Guatemalan farmers are leaving their country in droves for the U.S. largely due to climate change. Rising temperatures, drought, and erosion have rendered much of the country’s soil unusable for agriculture, Miami public radio station WLRN reports. As a result of the new wave of migrants, President Trump recently threatened to close the southern U.S. border, saying “We can’t hold people anymore.”

Yesterday, Trump signed two executive orders fast-tracking the approval process for new energy projects in the U.S. In addition to shortening the government review process for infrastructure projects such as pipelines, the orders aim to limit states’ power to pause construction and give the president final word on permits for cross-border projects.

The Sacramento Bee is out today with a news package on California’s worsening wildfires. The most shocking detail: “One in 12 homes in California are at high risk of burning in a wildfire.” But it’s not all doom and gloom: The paper lays out some actionable steps the state and its residents can take to lessen the impact of these blazes, like clearing flammable brush and strengthening prescribed burn policies.

The price (of renewables) is right