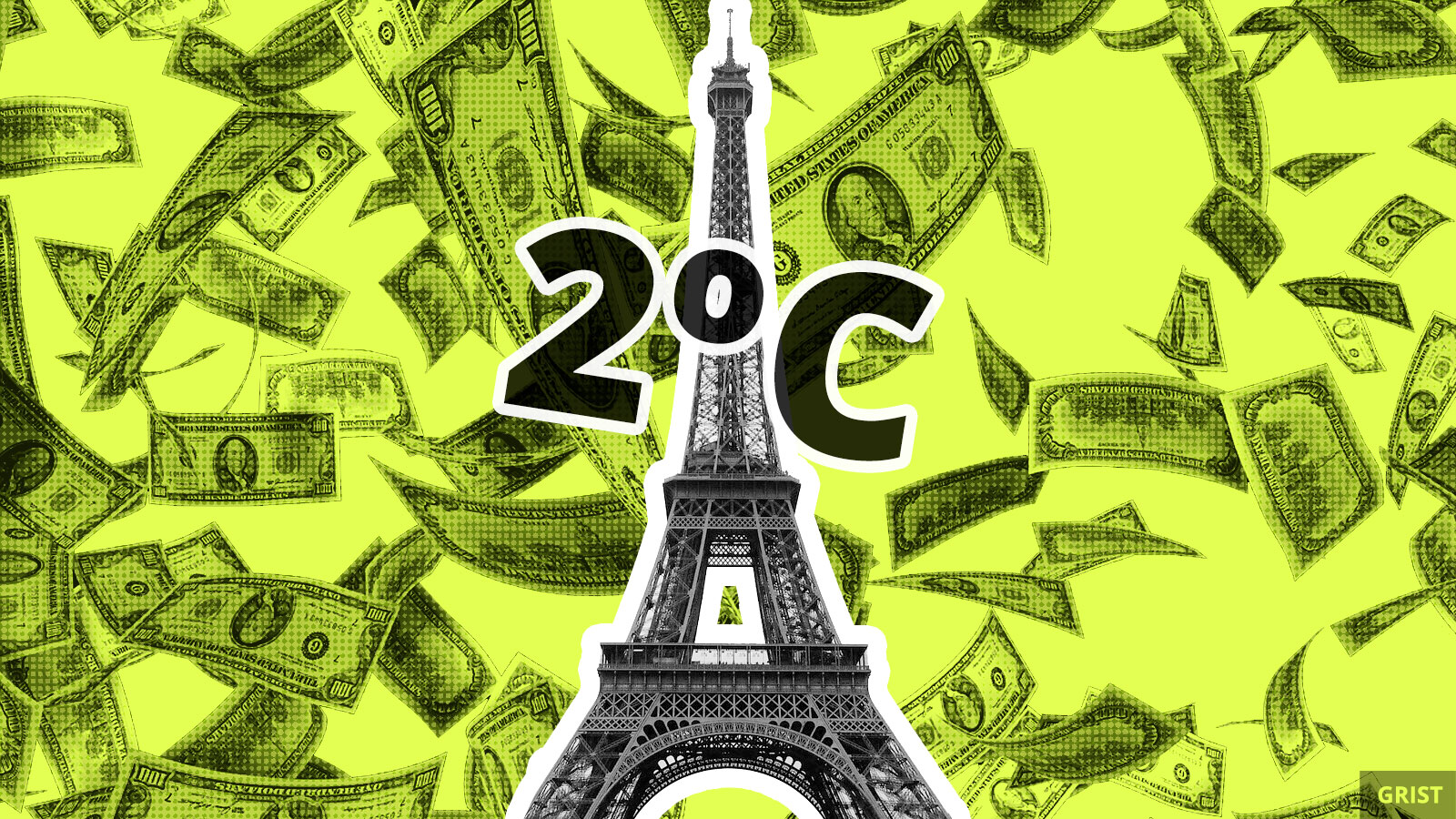 The benefits of curbing climate change outweigh the costs by roughly 70 to 1, but doing something about rising global temperatures still requires some dollars and cents.

A year ago, the International Renewable Energy Agency said global investments in renewables needed to reach $125 trillion by 2050 in order for countries to meet their Paris Agreement pledges. Now, in response to the rapidly declining cost of installing solar and wind energy, the group’s new analysis has slashed that number to just $115 trillion. Never thought I’d say “just $115 trillion.”

According to the agency’s press release, “scaling-up renewable energy combined with electrification could deliver more than three-quarters of the energy-related emission reductions needed to meet global climate goals.”

The report also shows that speeding up the transition to renewables will save the world $160 trillion in subsidies and climate and health damages over the next 30 years. So adhering to a below 2 degrees C warming scenario is becoming cheaper and, y’know, ensures a liveable planet for all of humankind. Seems like a win-win to me.

A first-of-its-kind hearing held yesterday by the House Committee on Oversight and Reform explored the effects of climate change on U.S. national security. Well, sort of. Some Republican representatives used their time during the four-hour hearing to ask off-topic questions like how geology works and whether former Secretary of State John Kerry is a fan of biodegradable straws.

Baked Alaska is a fancy dessert, but it also describes what’s currently happening to the actual state. In March, temperatures there were 20 degrees F hotter than historical averages. On March 31, the northeast city of Kotzebue set a new record: 42 degrees F, an unhealthy 30 degrees above normal.

After devastating floods last month, the Midwest is facing another major storm as you read this sentence. The flooding could cause permanent damage, and not just in the ways you’d expect: Some workers are leaving the region for good. A new report from Axios using data provided by LinkedIn shows that members of the networking website are getting out of Dodge in big numbers. Projections indicate workers will head to drier ground in Denver, Dallas-Fort Worth, Seattle, and Phoenix.

Waste not, want not