It’s Thursday, September 13, and if we can’t have Paris, we’ll take this. 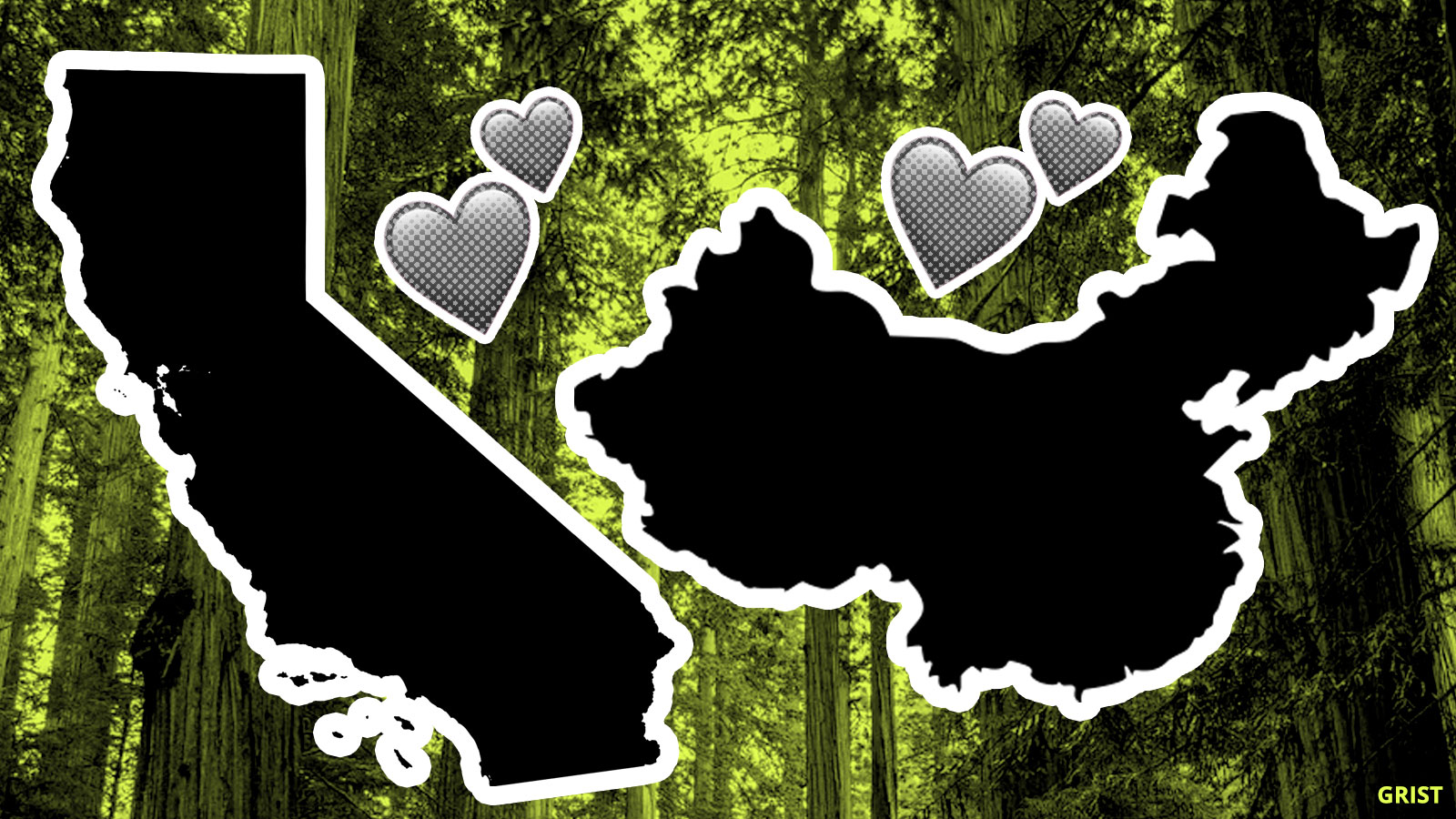 When a bunch of people who care about climate change come together, good things tend to happen. Case in point: This week’s Global Climate Action Summit in San Francisco, attended by an amalgam of techies, anarchists, business execs, scientists, hippies, and a couple of Grist reporters. What a crowd!

The summit, a gathering of representatives from cities, states, regions, and companies, is basically the next best thing to the Paris Agreement — which, as you might remember, Trump intends to withdraw the U.S. from as soon as possible.

California Governor Jerry Brown signed a bill ahead of GCAS requiring the entire California economy to go carbon-neutral by 2045. What’s the good news from the summit since then?

On Wednesday, a climate romance blossomed between two of the world’s biggest economic powerhouses: China and California. They made a bunch of promises to work together on fuel cells, zero emission vehicles, and more. China’s climate promises have some room for improvement, as Nathanael Johnson reports: “If you were hoping for China to announce it’s shutting down all its coal plants next year, well, nothing like that happened.”

The second update involves saving trees — lots and lots of carbon dioxide-sucking trees. Nine big philanthropy foundations committed $459 million to the rescue effort for the world’s dwindling tropical forests ahead of the summit this week, Reuters reports. The money will mainly go toward helping indigenous peoples who live in forests secure titles to their land, so private companies can’t swoop in and take their territory.

A new report from America’s Pledge shows that current commitments from governors, mayors, and CEOs could meet two-thirds of the United States’ greenhouse gas reduction goals under the Paris Agreement — without any help from President Trump. An extra focus on a handful of key areas, the report finds, could take care of just about all of the rest.

For more updates on the biggest climate pep rally of all time, follow our coverage here.

In a conspiratorial tweet thread, Trump rejected the Puerto Rico government’s assessment that 3,000 people died in the aftermath of Hurricane Maria. He claimed, instead, that after the storm there were “anywhere from 6 to 8 deaths,” and that Democrats had inflated the most recent death toll to make him look bad. This unfounded denialism of a catastrophe comes within a day of the arrival of another hurricane that is predicted to cause similar devastation.

As Hurricane Florence barrels full-speed towards the Carolinas, you might be asking, “What’s climate change got to do with it?” Well, for the first time, scientists have used a model to produce real-time estimates on the influence of human-induced climate change on a tropical storm. Researchers at New York’s Stony Brook University, along with colleagues at Lawrence Berkeley National Lab and the National Center for Atmospheric Research, found that warming will increase the storm’s rainfall by more than 50 percent. They also found that climate change increased Florence’s size and intensity.

As Hurricane Florence is set to cause the flooding of numerous toxic, coal ash piles, our old friend Scott Pruitt has been in discussions to work as a coal consultant. The former EPA chief is negotiating with the Kentucky Coal Association to work for coal-mining tycoon Joseph W. Craft III. This news comes in the wake of a new bill, E. Scott Pruitt Accountability for Government Officials Act, introduced by Representative Ted Lieu on Wednesday, that’s intended to ensure “that cabinet officials and other senior public servants can’t use their public office for personal gain.”

Pipeline companies can’t seem to stay out of court