It’s Thursday, October 15, and Ikea is helping extend the life of its furniture. 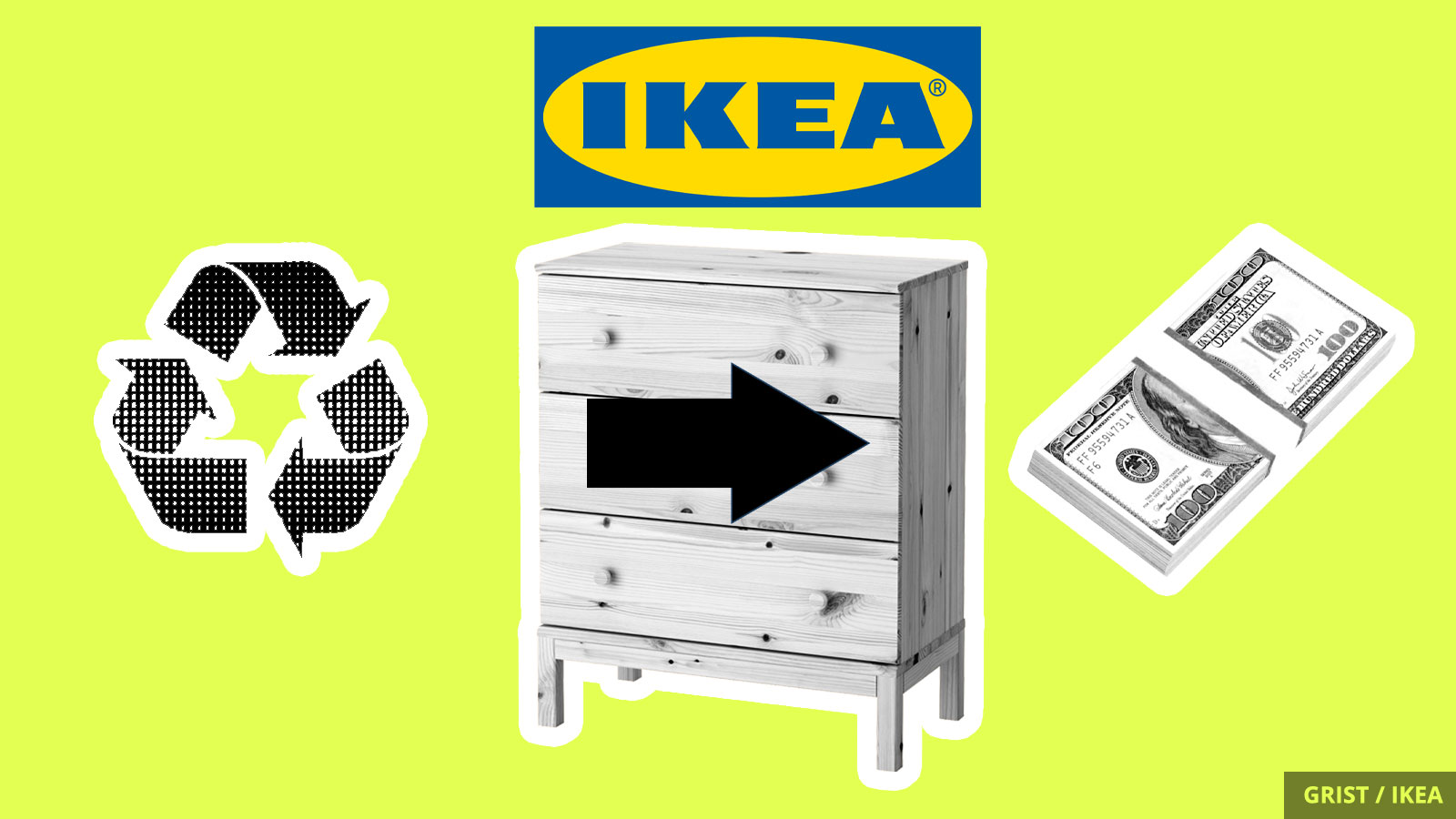 Imagine investing hours of blood, sweat, and tears into assembling a piece of furniture — and losing a few screws along the way — only to realize that you actually don’t want that particular bookshelf anymore. Or maybe a few months or years have passed, and you no longer have room for it.

Famous Swedish superstore Ikea has a solution — at least for its own furniture, in some parts of the world. The company recently announced a buyback program launching on Black Friday that will allow customers in 27 countries to return their used furniture for store credit with the goal of reducing waste caused by its products. Customers who return furniture that is in good condition with little to no wear and tear can receive an Ikea voucher worth up to 50 percent of the original price of the item.

“By making sustainable living more simple and accessible, Ikea hopes that the initiative will help its customers take a stand against excessive consumption this Black Friday and in the years to come,” the company said in a press release.

The countries participating in the buyback program include Japan, Ireland, the United Kingdom, Canada, France and Germany. So far, the U.S. is not included in the program.

Come for the meatballs (or plant balls!), stay for the new low-waste policy.

Another month gone by, another climate record broken. This September was the hottest on record since at least 1880, according to the National Oceanic and Atmospheric Administration, and 2020 is on track to beat out 2016 as the hottest year on record.

The pandemic may have created a temporary drop in carbon dioxide emissions this year, but the number of methane leaks from oil and gas infrastructure around the world has gone up 32 percent compared to 2019. Methane doesn’t stay in the atmosphere as long as CO2, but while it’s there, it is more than 80 times more potent at heating up the planet over a 20-year period.

The Cameron Peak Fire in northern Colorado has been burning for more than two months. On Wednesday it became the largest wildfire in the state’s history (though size is an incomplete measure of a fire’s severity), overtaking the Pine Gulch Fire, which had just set the record in August. The Cameron Peak Fire has already destroyed an estimated 99 structures and, just yesterday, caused five communities to evacuate.