It’s Friday, January 7, and French carmakers will soon be required to encourage climate-friendly modes of transportation. 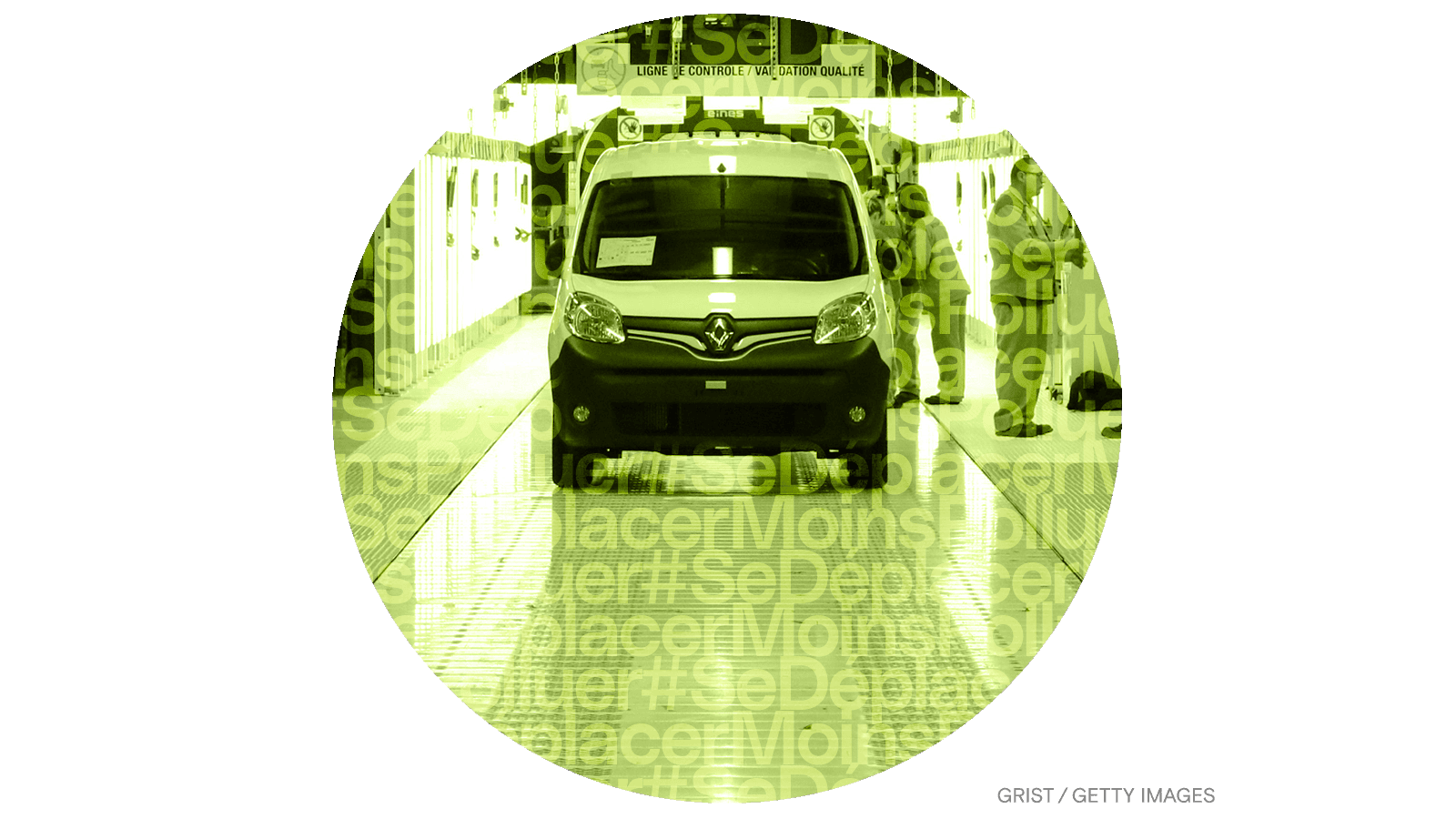 Want to advertise an automobile on French TV? You’ll soon have to include a climate-conscious asterisk.

Starting in March, the French government will require car advertisements to include messages encouraging people to choose more environmentally friendly alternatives. There will be three options: “Consider carpooling,” “For short trips, opt for walking or cycling,” and “Use public transportation for everyday trips.” Each phrase must be followed by the rhyming hashtag “#SeDéplacerMoinsPolluer,” which translates to “move yourself and pollute less.” Violating the requirements could lead to fines of up to $56,000.

The new regulations — which will apply to spots on radio, TV, theaters, print, and the internet — are part of France’s plan to slash climate pollution 40 percent below 1990 levels by 2030. Much of the plan revolves around transportation, which accounts for nearly one-third of France’s greenhouse gas emissions, with half of that coming from private cars. In addition to the new advertising regulations, France plans to phase out the sale of internal-combustion cars by 2040 and already taxes the most polluting passenger vehicles. It has also poured millions of dollars into rapidly expanding bike lanes and subsidizing bike repairs throughout the country, with the capital of Paris leading the way.

France has also recently taken steps to reduce the country’s environmental footprint in other ways. A ban on plastic packaging for fruits and vegetables went into effect on January 1, and the country will soon bar fast food chains from handing out free plastic toys.

Although French environmental groups have lobbied for an outright ban on auto advertisements, the government’s new regulations have been widely applauded by advocates. Outside France, many have called for similar requirements in their own countries. “Imagine if every ad for an F-150 also had to say: ‘Opt for cycling or walking — it’s better for your health and the environment,’” the Canadian author Taras Grescoe tweeted.

Separate climate bill not being seriously considered in Senate, despite Manchin’s support of the measures
Ella Nilsen, CNN
➤ Read more