It’s Tuesday, April 28, and the University of Oxford is saying goodbye to fossil fuels. 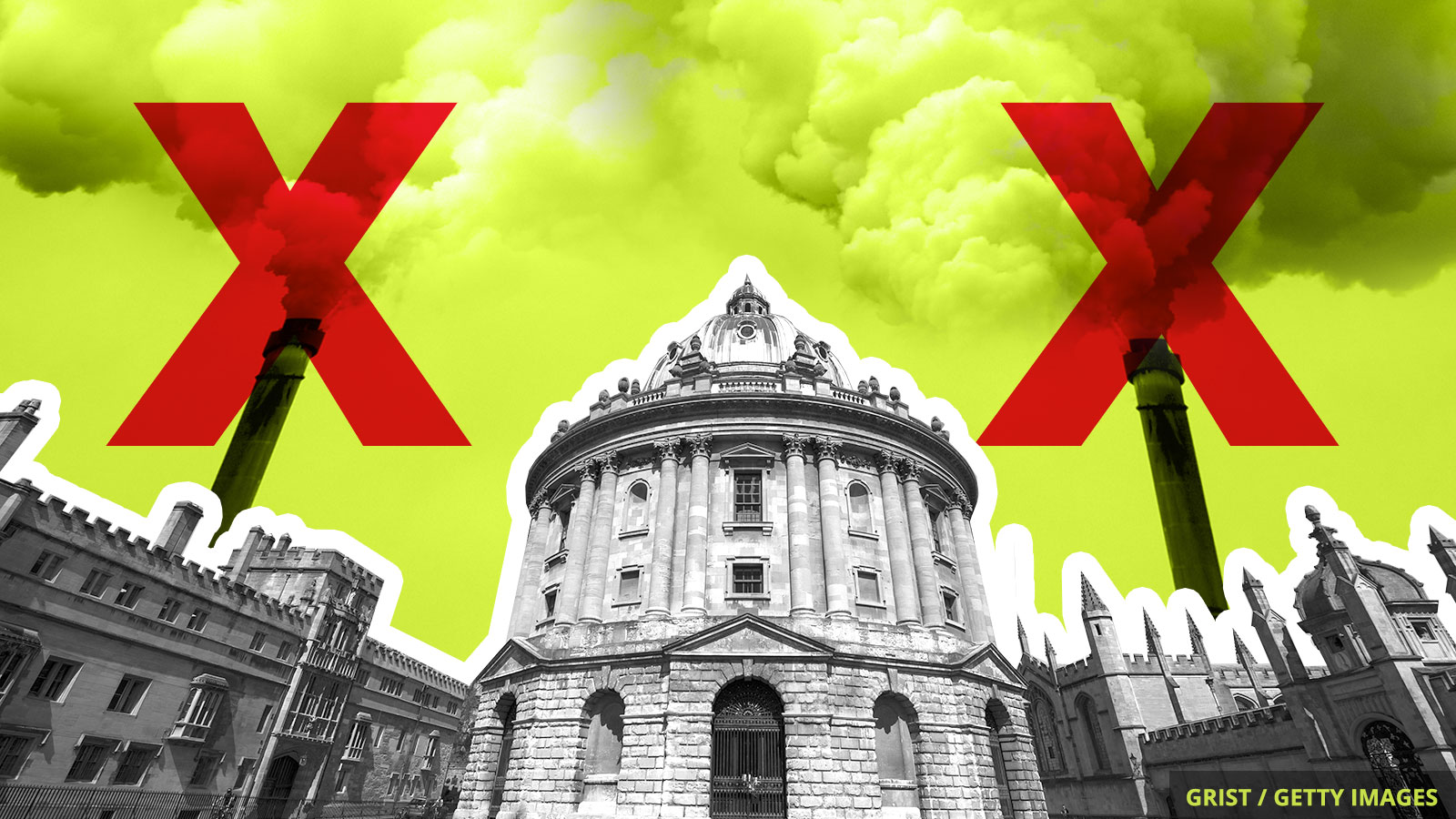 After years of student protests and sit-ins, the University of Oxford has promised to divest its $3.7 billion endowment from fossil fuel companies. The 900-year-old university also vowed to restrict future investments to companies that have plans to reach net-zero carbon emissions.

Pressure for divestment has been growing at Oxford for many years. Earlier this year, student protestors camped out in the central quad of St. John’s College (one of the university’s 39 constituent colleges), to protest its $10 million investments in BP and Shell.

In Oxford, students who had spent years demonstrating against fossil fuels celebrated. Anna Olerinyova, a member of the Oxford Climate Justice Campaign, told the BBC, “We hope the message from Oxford to the world is clear; listen to the science, prepare for the future, and ditch fossil fuels.”

The campus divestment movement scored a smaller victory across the pond last week: Harvard University announced that it will aim to achieve a net-zero endowment by 2050, though it stopped short of formally vowing to divest from oil, gas, and coal companies.

Warm ocean temperatures and climate conditions are expected to create 15 to 24 named tropical storms in the Atlantic this year, according to estimates from climate modelers at Penn State. Since 2007, the modelers have either correctly predicted or underestimated the actual number of storms every year.

Plastic manufacturing giants want a $1 billion slice of the federal stimulus pie to bolster recycling. The plastic industry groups that wrote a letter to Congress pleading for “investment now … to meet the demands of this crisis” count among their members 60 publicly traded companies with a combined net profit of $210 billion.

Home appliances that run on natural gas can produce dangerous levels of carbon monoxide and nitrogen dioxide, says a new study focused on California. It estimates that the health damage associated with indoor pollution from appliances like gas stoves and ovens costs the Golden State $3.5 billion per year, and prescribes electrification as a fix.