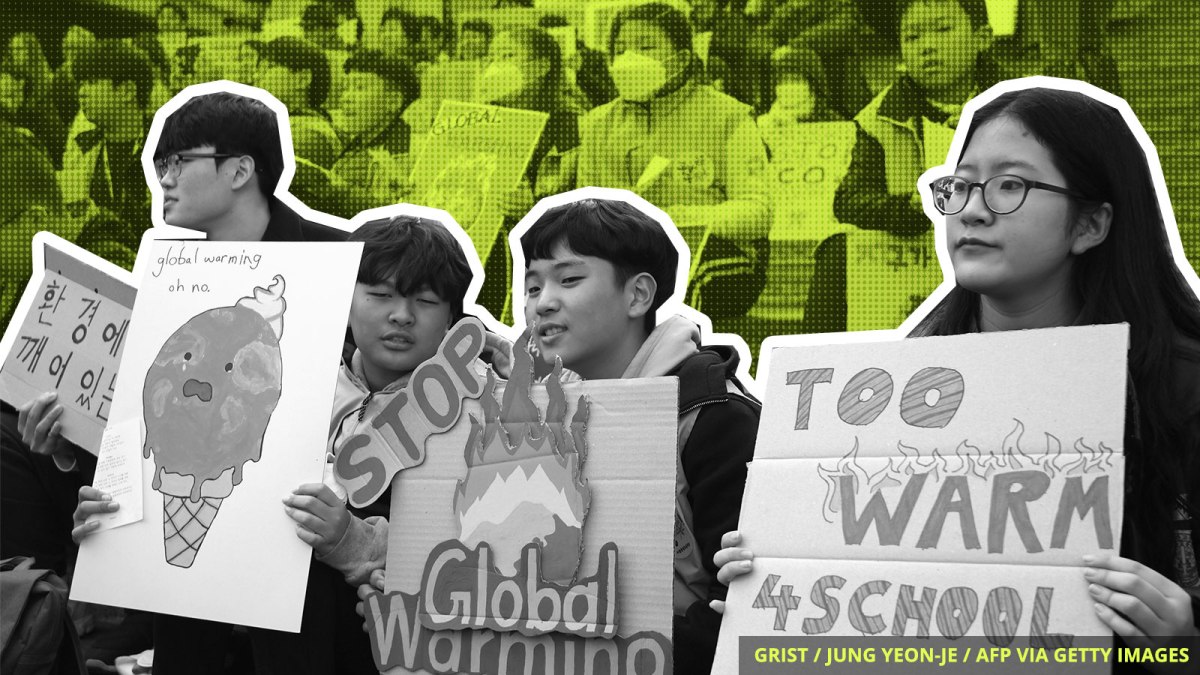 As the number of global COVID-19 cases grow exponentially and more countries institute strict social distancing measures, South Korea has largely gotten its outbreak under control. And now, 30 youth activists in that country are challenging their government in court to enact stronger policies to address another burgeoning crisis: climate change.

Agreement and thus infringes on their fundamental rights. The legislation commits to lowering South Korea’s emissions over the next decade by just over 24 percent compared to 2017 levels, but activists claim that much more urgent action is needed to keep global warming below 2 degrees C (3.6 degrees F).

The South Korean teens aren’t the first group of young people to sue their governments over climate change, though the results of this strategy have been mixed. In Colombia, a group of young people successfully sued the government to protect the Amazon rainforest from further deforestation in 2018. But the landmark U.S. youth climate lawsuit Juliana v. United States was dismissed earlier this year.

The Department of Defense has identified hundreds of new military sites with drinking water contaminated by cancer-linked PFAS, the so-called “forever chemicals.” The military has pledged to clean up its messes in places where PFAS levels fall above EPA guidelines, but critics have argued that those guidelines are too lax.

A new United Nations draft report documents abuses against indigenous African forest communities at the hands of guards funded by the World Wildlife Fund, the world’s largest conservation group. The report confirms charges the prominent environmental group has dodged for years, including beating people in their homes, restricting their movements, and burning down their camps.

Norwegian travel restrictions meant to limit the spread of the novel coronavirus have grounded an international research flight over the Arctic. The scientists had hoped to collect data on the rapidly warming Arctic, in particular sea ice thickness and atmospheric observations, to complement a research cruise proceeding at ground level.