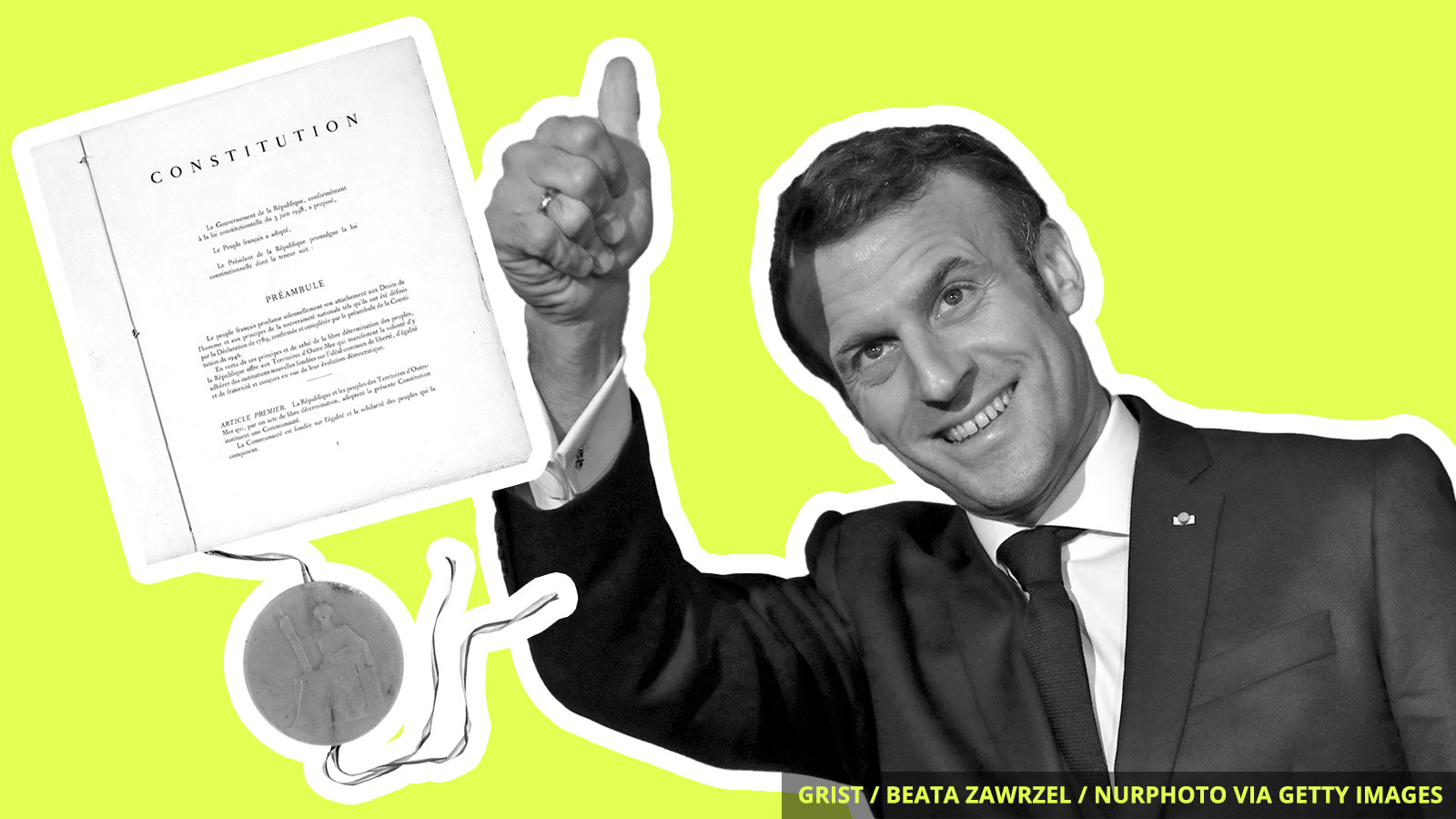 Emmanuel Macron, the centrist president of France, has promised to hold a referendum on incorporating climate change into the country’s constitution.

The announcement came earlier this week when Macron, who has come under fire from environmentalists in recent years, was speaking to the country’s Citizens’ Convention on Climate, a group of 150 randomly selected members of the public tasked with proposing ways to cut carbon emissions. The group had suggested adding a clause to the beginning of the constitution to incorporate commitments to protect the environment and fight climate change.

France ranks 19th in the world in terms of total annual carbon emissions and has struggled to make sustained reductions. In 2018 and 2019, the government faced significant backlash over a fuel tax increase intended to fund the fight against climate change. And earlier this year, Macron deferred his government’s emissions reduction efforts in response to the COVID-19 pandemic, a decision that earned him a rebuke from France’s top administrative court.

“Should we do more? Yes,” Macron admitted in conversation with the citizens’ group this week.

The referendum proposal would have to go first to the National Assembly, the lower house of the French Parliament, and then to the country’s senate before reaching the public. The last referendum in France failed in 2005, when voters rejected a proposal to create a European constitution.

Cyclone Yasa killed at least two people, including a 3-month-old, and destroyed hundreds of buildings after making landfall in Fiji on Thursday. The full extent of the damage remains to be seen, as many areas remained without power and inaccessible due to flooding on Friday.

The sunflower sea star — a wondrous marine species that comes in bright oranges and purples, has 20 to 30 legs, and is four times the size of a frisbee — is on the brink of extinction, in part due to ocean heat waves driven by climate change. A new study finds that 90 percent of the starfish, which were once common along the Pacific coast of North America, have died since 2013.

The U.K. Supreme Court has ruled that Heathrow Airport can proceed with plans to build a new runway, overturning an earlier ruling that found that the runway was not aligned with the country’s emissions reduction targets. However, the airport will face further hurdles before it can begin construction, and the U.K. government will have the final say.

A sunny outlook for solar