It’s Wednesday, August 3, and Maine is staying the course on climate action. 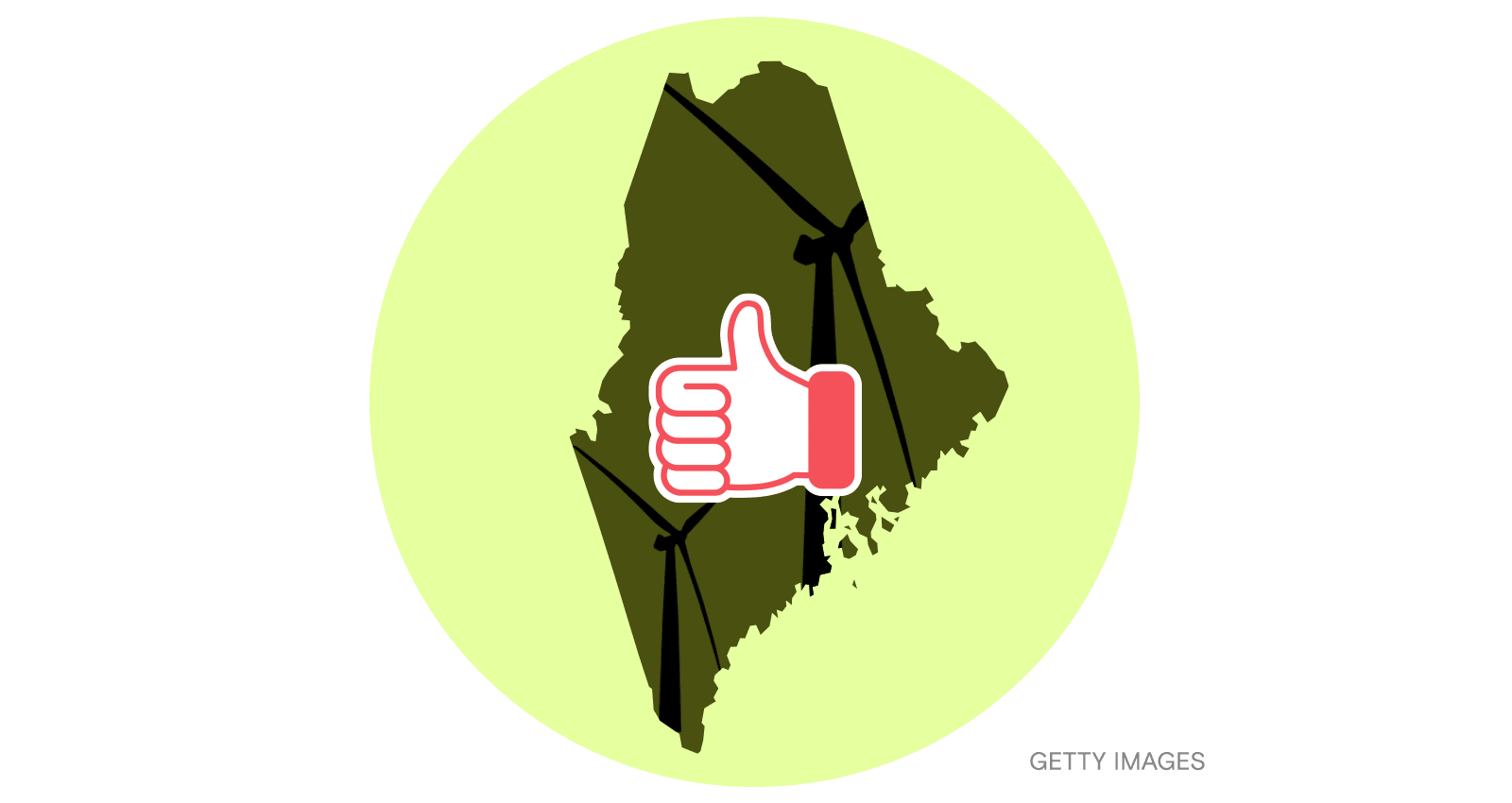 The Pine Tree State is on track to reach its greenhouse gas reduction goals, according to a new report from the state’s Department of Environmental Protection, or DEP.

The report, released last week, shows that Maine slashed climate pollution to 25 percent below 1990 levels by 2019 — far surpassing its medium-term pledge to get emissions 10 percent below 1990 levels by January 1, 2020. This year’s report was also the first to quantify the impact of Maine’s natural carbon sinks, finding that 75 percent of the state’s gross greenhouse gas emissions are being offset by carbon-capturing forests, fields, and wetlands.

State officials say the progress bodes well for Maine’s future climate goals, including its statutory requirements to reduce emissions by 45 percent below 1990 levels by 2030 and 80 percent by 2050. “Maine is making welcome progress in reducing harmful carbon emissions and in curbing our reliance on expensive fossil fuels,” Governor Janet Mills, a Democrat, said in a statement.

The news from Maine offers a beacon of hope for regional and municipal climate action. Across the U.S., other states like Oregon, California, and Minnesota have struggled to fulfill their emissions reduction goals, as have cities from Palm Springs, California, to Austin, Texas. National goals are also flagging. Even with the proposed $369 million in new climate spending that West Virginia Senator Joe Manchin said he’d back last week, the country is projected to fall short of its pledge to halve emissions from 2005 levels by 2030.

To be sure, Maine still has work to do. According to the report, the state still leans on petroleum for much of its energy needs, and sectors like transportation and residential buildings still generate significant climate pollution. Stacy Knapp, emissions inventory section manager for the DEP, told me these sectors are “low-hanging fruit.” For further action, she said, Maine can now implement recommendations laid out in a 2020 roadmap called Maine Won’t Wait, which charts a path toward more energy-efficient homes, better electric vehicle infrastructure, and other emissions-slashing shifts.

How foraging for edible plants helped me connect with my roots
Zoe Yang, Grist
➤ Read more

Correction: Tuesday’s newsletter about electrifying medium- and heavy-duty vehicles incorrectly featured an image of a light-duty truck. The online version of that newsletter has been updated.