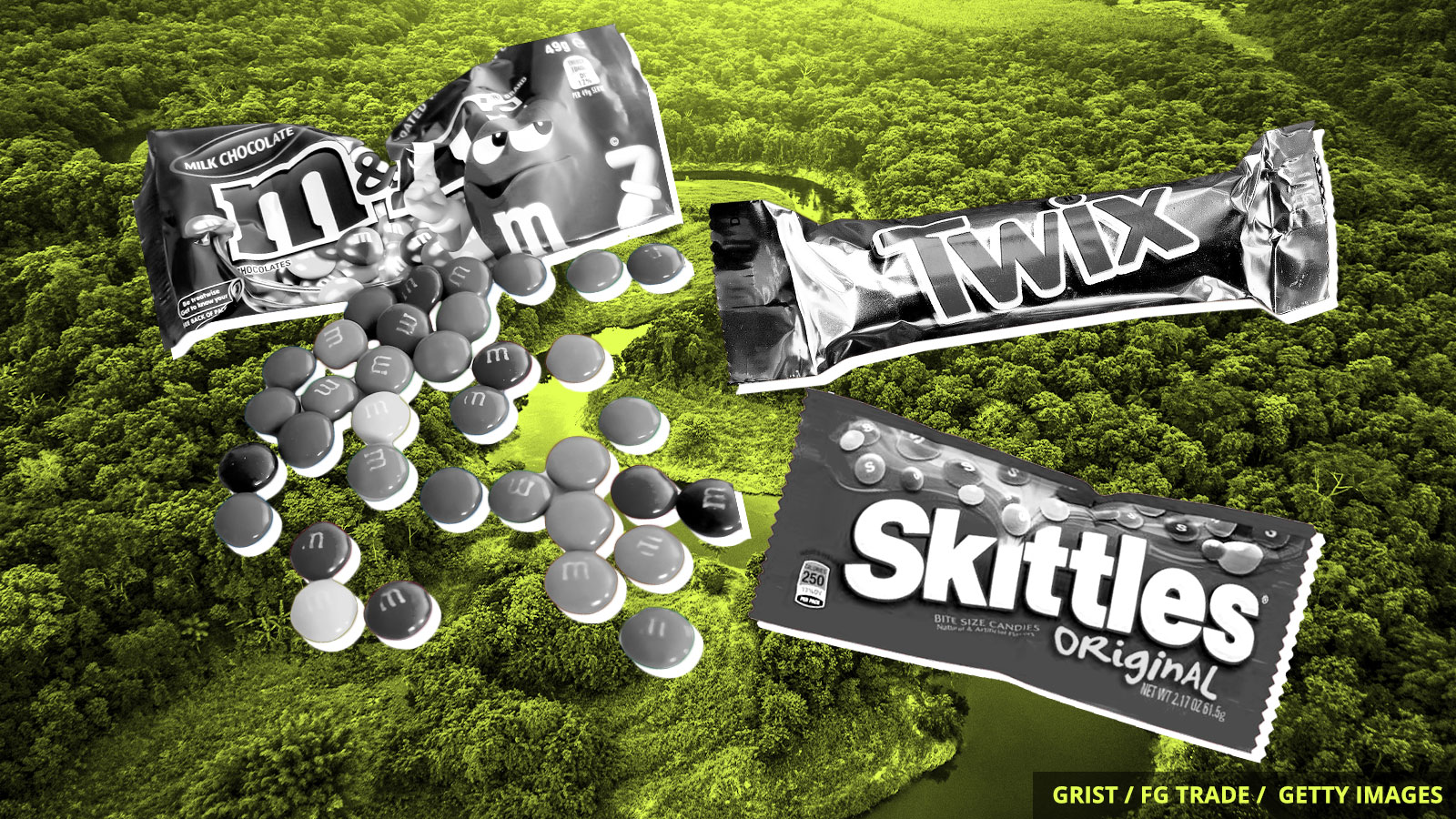 You can now eat your Snickers bar and M&Ms (almost) guilt-free. Mars, Inc., the manufacturer of some of the world’s most famous candies, announced on Tuesday that its products now contain “deforestation-free” palm oil, thanks to a radically simplified supply chain.

Palm oil, which has been called “the world’s most versatile vegetable oil,” is used today in consumer products ranging from chocolate to foaming hand soap; it’s cheaper than most other oils and works as a natural preservative. But it also has a not-so-hidden environmental dark side: 85 percent of palm oil production takes place in Indonesia and Malaysia, where carbon-sucking rainforests and peat swamps are destroyed to make way for palm plantations.

Mars now refuses to work with palm oil producers who can’t commit to preventing deforestation, and it’s using satellite mapping to track the forest health around its plantations. The massive company has also thinned out its supply chain, severing ties with well over a dozen producers that didn’t meet its environmental standards. “We’re weeding out the bad actors,” Barry Parkin, chief sustainability officer at Mars, told Bloomberg.

Mars’s actions alone won’t fix the deforestation crisis, of course: Many other companies use palm oil in their products, and most of them aren’t as concerned about environmental impact. But Mars hopes other companies will take note — and ultimately drive “systemic change” across the entire palm oil industry.

Hurricane Delta made landfall in Mexico’s Yucatán Peninsula on Wednesday morning, slamming Cancún and Cozumel with 110 mile per hour winds. The storm had rapidly intensified from a tropical storm into a Category 4 hurricane in its first 24 hours. It weakened during landfall in Mexico but is expected to regain strength as it approaches the northern Gulf Coast on Friday.

New research from Australia’s national science agency has found that the ocean floor is littered with 14 million metric tons of microplastics — 25 times more than previously estimated. The tiny particles break down from tossed grocery bags, packaging, and other plastic garbage. As they sink and accumulate on the seafloor, they can threaten marine ecosystems.

Climate change and poor planning were the root causes behind California’s rolling blackouts in August, according to a new self-evaluation from three state agencies. The report found that a record-breaking heat wave combined with inadequate clean power resources and faulty market mechanisms led to the blackouts.

Blasts in the past