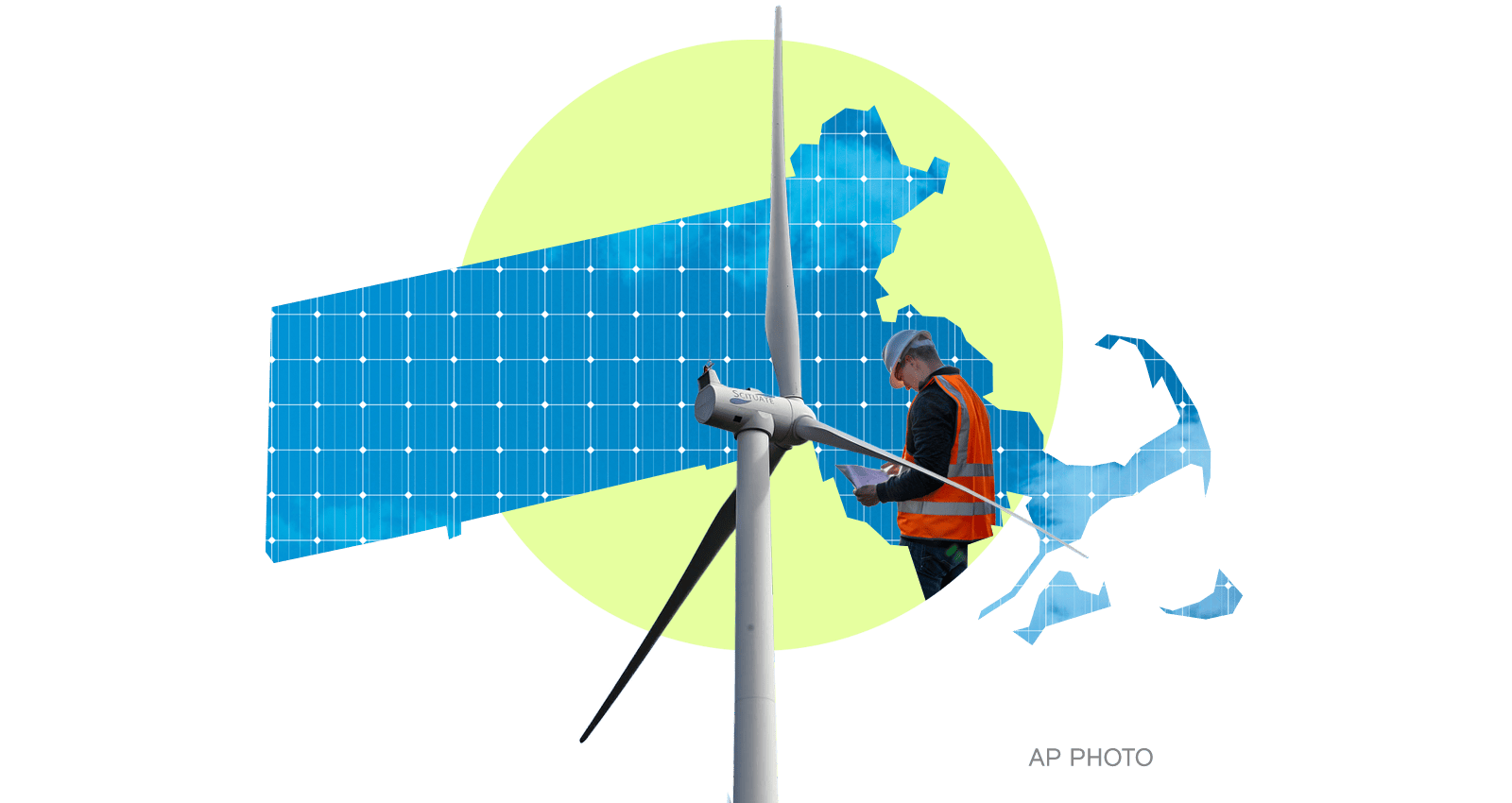 Janet Domenitz, executive director of the nonprofit Massachusetts Public Interest Research Group, called the bill “an important step forward,” noting that its passage coincided with a historic heat wave that scorched the Northeast. “If ever there was a propitious moment” to pass a comprehensive climate bill, she told me, “it is this week.”

Much of the bill is dedicated to boosting Massachusetts’ renewable energy supply. It sets a target of installing at least 5,600 megawatts of offshore wind power by 2027  — enough to power roughly 2.5 million homes — and removes barriers to more solar power, making it easier for farmers to place solar panels on land used for livestock grazing. The bill also establishes a working group to study how the state could upgrade the region’s high-voltage transmission lines to get more renewable electricity to homes and businesses  .

Other parts of the bill codify the Baker administration’s previously announced goal of phasing out the sale of gasoline-powered cars by 2035 and call for the Massachusetts Bay Transportation Authority — the transit provider for the Greater Boston area — to electrify its bus fleet by 2040, giving special priority to bus routes that travel through vulnerable communities. Environmental advocates say that the bill would support “much needed progress” toward Massachusetts’ legally binding target to slash emissions 50 percent below 1990 by 2030.

Baker now has until Sunday to sign or veto the bill. Domenitz said she “can’t see into his mind” but that the bipartisan nature of the bill bodes well for its future. Plus, Baker is not seeking reelection this year. “It only makes sense that he’s thinking about his legacy,” she said. “This is an opportunity to create an excellent legacy around climate issues.”

Seattle and Portland are sizzling in hottest weather of the summer
Matthew Cappucci, The Washington Post
➤ Read more

‘Our priority is not to save the planet’: Rainforest auctioned for oil drilling
Dipo Faloyin, Vice
➤ Read more